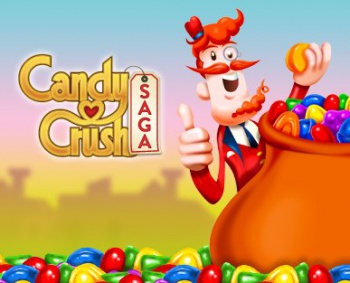 It’s all about the Apple store.

Candy Crush, King’s powerhouse puzzler, caused an uproar when it went after Candy Casino Slots, alleging IP infringement. How could anyone think Candy was something that could be trademarked, said the internet; King must be overreaching. No, says King, and anyway, we want Candy in the EU because, without it, IP infringers run rampant.

It’s all about the Apple store, which is where King – with its boatload of customers – makes a lot of its money. Something like Candy Casino Slots – Jewel Craze Connect: Big Blast Mania Land might not look much like Candy Crush Saga at first glance, but on the App store its icon just reads Candy Slots. If you don’t know any better and search for Candy in hope of finding Crush, Candy Slots might fool you into thinking you’d found King’s product.

“As well as infringing our and other developer’s IP, use of keywords like this as an App name is also a clear breach of Apple’s terms of use,” says King. “We believe this App name was a a calculated attempt to use other companies’ IP to enhance its own games, through means such as search rankings.”

King doesn’t want to enforce its trademark against all forms of Candy. “Some are legitimate and of course, we would not ask App developers who use the term legitimately to stop doing so.” But when King thinks Candy’s just treading on its IP for the sake of a sweet spot in the search ranking, out come King’s lawyers.