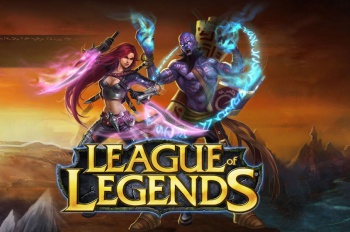 Riot wins one battle in the fight against domain squatters, with more clashes to come.

This isn’t the only domain problem on Riot’s ‘to do’ list. Another site – unrelated to .co – which Riot has a grief with is LeagueofLegendsPorn.com, a somewhat less sophisticated title than .co. As yet the domain itself goes nowhere in particular, but Riot has filed another WIPO complaint to deal with this pesky irritant. The LeagueofLegendsPorn.com case is still pending, but the .co complaint is marked as Terminated on the WIPO site. Terminated, in this context, means that the parties reached a settlement before the case could come to judgement, but details of that settlement have yet to be revealed.

The last time something like this affected Riot and its insanely popular RTS, it was to do with the site support.leagueoflegends.com. In that instance Riot successfully proved that the owner of the disputed site had acted in bad faith. The WIPO panel also noted that “the Complainant has presented uncontested evidence that after registration of the disputed domain name the Respondent subsequently changed the function of the associated website in order to persuade Internet users who visit the said website unknowingly to download malware.” In that same month, Riot had to tell its customers that their accounts had been hacked; all the more reason to take any domain squatter seriously.