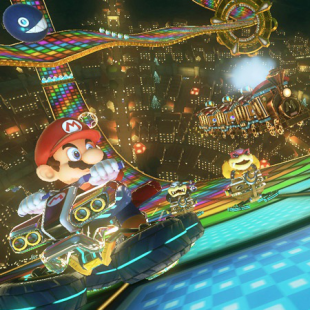 Mario Kart 8 has sold more than 1.2 million copies since its end of May launch.

The Wii U hasn’t been doing very well. In at, if recent reports from Nintendo are any indicator, the console has been more akin to an anchor dragging it down into the depths than the boat to cash kingdom that it had been hoping for. That said, the company has still harbored hopes that it might be able to turn things around with new releases to its stable of beloved franchises. Now, it would seem that it had some good reasons to put faith in its tried-and-true.

According to data from Nintendo, the Mario Kart has sold more than 1.2 million copies since it launched around the world between May 29th and May 31st. While these numbers perhaps aren’t earth shaking when compared to other prominent gaming franchises, they represent a significant jump in software sales for the Wii U and additionally make the game the fastest selling in the console’s history.

“The early response to Mario Kart 8 demonstrates that the best days for Wii U are still ahead,” said Reggie Fils-Ame, president of Nintendo of America. “This year’s E3 is just days away, and it will be all about the future games for Nintendo platforms. This milestone is a great place to start!”

While Nintendo has yet to confirm any jump in hardware sales itself, Mario Kart 8 may also be giving sales of the Wii U itself a much needed shot in the arm. The retail tracking group GFK Chart-Track, for instance, has reported a 666 percent increase in UK Wii U sales since the new game landed in stores. Again, these reports were skimpy when it came to actual sales figures, but the GFK was able to confirm that more than 80 percent of the Wii U’s sold were part of a Mario Kart 8 bundle.