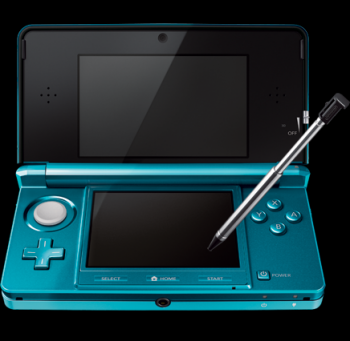 No longer content to let Microsoft and Sony have all the fun, Nintendo has unveiled plans to offer downloadable in-game content on both the upcoming Wii U console and the 3DS handheld.

During a financial conference call last Friday, Nintendo CEO Satoru Iwata was asked for his thoughts on downloadable content. Instead of brushing the query off in typical “Nintendo does things differently” fashion, Mr. Iwata revealed that the company is working on a paid DLC system for its modern gaming machines.

Presumably this system will appear alongside the Wii U at that console’s launch. The 3DS iteration should appear sometime later this year.

Though Nintendo likes the idea of utilizing the new revenue stream, the company will be approaching the use of DLC in its first-party titles cautiously. Andriasang reports:

Nintendo may be selective in its use of this system for itself, though. Iwata and Shigeru Miyamoto are interested in the possibility of extending the life of games through added stages and other features that players want. However, Iwata believes that pursuing certain types of low quality paid download content opportunities — things like unlocking keys or stat increases — would, while likely increasing short term profits, not allow them to build along term relationship with customers. Therefor, Nintendo feels that it should not have this type of low quality content for itself.

Iwata also questioned the concept of free-to-play games, where you start playing the game for free and are charged for item purchases. He feels that this type of system would damage the premium value Nintendo’s content.

Further, Iwata pointed out that while 3DS owners are far more likely to utilize the console’s online connectivity than owners of the original Nintendo DS, the number of people downloading paid content from Nintendo’s online store is still relatively small. He hopes the service will expand in the future, and that the introduction of DLC similar to that seen on the Xbox 360 and PlayStation 3 might assist in this effort.

As an aside, Iwata also states that the introduction of DLC to Nintendo systems does not signal the death of retail game packaging. Instead, Iwata hopes, the DLC will serve as “another pillar” in Nintendo’s gaming empire.

While I like the option of additional content on any platform, I’m trying to imagine how it might work with, say, The Legend of Zelda or Super Mario Bros. New fighters for a Smash Bros. sequel or new items for Animal Crossing would be great, but I just can’t imagine how you could work DLC into Nintendo’s core series. Ideas?