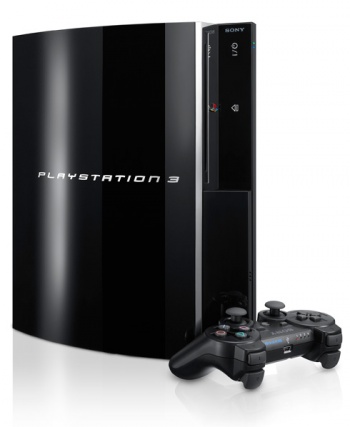 Famed rapper and PS3 hacker Geohot asked for donations on Friday to fund his defense against Sony and got all he needed by Monday.

Geohot, aka George Hotz, firmly believes that he has done nothing wrong. When he and the hacker group known as fail0verflow posted the PS3 rootkey online, allowing saavy consumers to install any operating system on the game console, he was not breaking any laws because he paid for Sony’s hardware and doesn’t have to follow their EULA. On his website Geohot claims that Sony is trying to use his case as a warning and has a team of five lawyers ready to rake him in court to send a message to other hackers. He also points out that other hackers have lost court battle not because they were wrong but because they lacked the money to mount a defense. When pressed with legal fees beyond his means, but a large amount of internet celebrity, Hotz’s only recourse was to ask the masses to donate to his cause. Geohot may have underestimated the number of people who support his fight against Sony, as he received enough money for the first phase of defense in about 18 hours. He didn’t specify exactly how much he raised, but he did say that he would donate any money left over to the Electronic Frontier Foundation.

“Sony doesn’t care if what you did was legal, if they don’t like it, they sue. Sony tried to sue a guy for getting his AIBO to do non Sony approved tricks, making it apparent that they don’t really care about piracy, they care about control,” wrote Geohot on his website. “I would hate to lose this case due to resource starvation, and with the support of the masses, I won’t. Lets turn the bully back on itself.”

For his part, Geohot reiterated that he is against piracy and distributing copyrighted work, but he believes that it is his right to hack any consumer product once it is in his legal possession. “Sony does not even try to allege piracy or copyright infringement in this case, they allege I did things like play “Super Mario World, an unauthorized game” on my PS3. And access my PS3 in an unauthorized way. Who are they to authorize what I do with my taxed and paid for property?” he asked rhetorically.

“For example, I believe Apple has every right to lock down their iPhone in the factory as much as they want, but once it’s paid for and mine, I have the right to unlock it, smash it, jailbreak it, look at it, and hack on it.” Geohot is, of course, referring to his previous exploits in jailbreaking the iPhone.

It seems that more than a few parties support Geohot’s fight against Sony. The Electronic Frontier Foundation offered legal help, and he closed donations early this morning stating that he raised enough to fund the first stages of defense. “Thank you so so much for all of your help, things are looking up money wise. Expect to see a few more lawyers on my responses!” he wrote.

I believe that Geohot has a strong case, and if he actually defeats Sony it will have repercussions that will be felt throughout the industry. Console manufacturers have long tried to control the actions that consumers can perform with their hardware, but Geohot’s case may demolish any such controls. For my part, like all of the hacks derived from the Kinect, I think that open systems foster development of new ideas and Sony’s attempts to curtail such creativity is averse to the 21st century idea of innovation. So yeah, go Geohot!

And for the record, Geohot firmly denies that he has anything to do with cheaters on Modern Warfare.