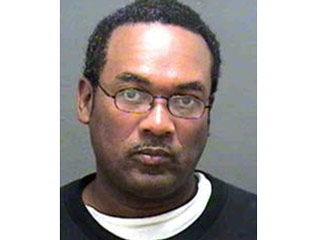 Local residents have donated a batch of consoles to a Charlotte cancer clinic, while police track down the person who stole the first batch.

Police in Charlotte, North Carolina, have apprehended a man in connection with the theft of five consoles from a pediatric cancer clinic earlier this month.

Multiple security cameras captured the thief on film – including a full shot of his face when he looked directly at the camera – leading police to arrest a 45-year-old man named Charles Everett Hinton, who has a history of breaking and entering, and theft.

Hinton has been charged with burglary, larceny after burglary, and damage to property after allegedly breaking into the Levine Pediatric Hematology and Oncology Center on December 4th. Police say that the clinic was closed at the time of the burglary, so none of the patients actually came in contact with the thief.

It’s not all doom and gloom however, as Anthony Calandra and Matt Shor – Charlotte residents who operate an Xbox repair business – were so moved by the story, they decided to donate some of their own consoles to the clinic. “First thing we thought of was ‘How many do we have and let’s get it to them,'” said Shor. “Donating our consoles means nothing to us, as far as losing them, but to them [pediatric patients] gaining them, it is everything,” added Calandra.

Source: WISTV and The Charlotte Observer via Kotaku