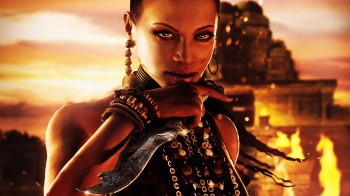 Far Cry composer Cliff Martinez accidentally let slip that he is working on the title.

Did you enjoy Far Cry 3? The game was a runaway success for Ubisoft, that went on to spawn the Blood Dragon spin-off which was equally successful. A sequel was inevitable, and it looks like it may already be in development, at least according to composer Cliff Martinez.

In an interview with Lost in the Multiplex, the TV and movie composer let slip that he is working on “a video game called Far Cry 4,” along with a new TV series from Steven Soderbergh.

Martinez has previously worked with the Red Hot Chili Peppers and Captain Beefheart and composed scores for the films Drive, Only God Forgives, Contagion, Solaris, Traffic and more. He wasn’t the composer for Far Cry 3, but he has dipped his toes in videogame composing in the past, putting together the score for EA’s Spore back in 2008.

Ubisoft have yet to officially announce the game, but we’ve sent out a mail asking for a comment.

The strength of the Far Cry series is taking a somewhat familiar open-world setting, but introducing completely new characters and story with each installment.

Source: Lost in the Multiplex via VG24/7