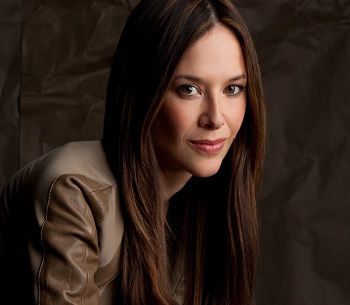 With some of the talk that’s come out of Ubisoft recently it’d be hard to blame gamers for viewing the company as one committed to working inside current industry’s business models, many of which emphasize sequels and increasingly expensive triple-A games. After all, it is the publisher that openly declared its intention to release annual sequels to its prominent properties while also halting investment in anything it can’t turn into a long running franchise. That being the case, the current state of the industry isn’t something everyone inside the company is committed too. Going forward, some see change as a necessity.

Speaking recently on the subject of big-budget titles, Ubisoft Toronto head Jade Raymond expressed concerns that the rising costs of triple-A development could stifle innovation. “I think it’s hard to say [there’s no innovation] when you see games like Watch Dogs and The Division being announced, which I think are big triple-As and I think are innovating,” said Raymond. “I think the big question to me, as the expectations of these big triple-As keep on growing and the consoles become more powerful and teams get bigger, is how do we keep the costs in line?” According to Raymond the industry is growing closer and closer to a future where the sheer investment required to make a triple-A title will severely limit what publishers are willing to make. “That’s for sure one of the things that is going to stifle innovation eventually. Anytime you want to make a big triple-A, you’re spending, let’s say $100 million, you’re not going to want to take a chance.”

The key to combating this trend is, in her opinion, multifaceted. At the most basic level studios and publishers need to “find more ways to make money” while also lessening the costs of development. “I think we have to invest in tools to make people more efficient, to perhaps make ten times the amount of content that we were making before with the same amount of effort,” she said. Even then, she believes that “the industry is changing” and that the future might require embracing other growing trends like free-to-play and micro-transactions to help engage gamers and increase revenues. “You have to be careful how you do it though,” she added, warning against the haphazard integration of these features which, in turn, could drive away the same customers the company wants to attract.