As a clinical psychologist with 21 years experience, I’ve grown increasingly impressed with the role videogaming plays in the lives of today’s younger generation. Colleagues report it is the biggest single source of stress in many families. Parents struggle to set limits and restrict access, while the young men and women who play find the experience engrossing, entertaining, and important. Is it all just about fun and distraction? For many, gaming represents an important psychological investment and even the core of their social universes.

Some are able to integrate intensive video gaming into their lives in a healthy way. Others find themselves entrenched in a cycle of compulsive play which can drain “real life” of joy, pleasure, and connection.

I’ve worked with many gamers in recent years and learned a great deal about their gaming lives. I also played World of Warcraft intensively for a year myself to see the effects first-hand, which I wrote about in my article for The Escapist “Physician Gank Thyself.” The article drew a great deal of thoughtful reaction and commentary from The Escapist’s community.

This made me think that the gaming community could use a place to reflect on the place of this hobby in their lives, and get feedback on their experiences and concerns both from an “expert,” and from each other. So think of “Ask Dr. Mark” as a place to let it rip. What are your videogaming pet peeves? How do you understand the role of gaming in your lives? How do you deal with the reactions of parents, friends, and significant others? When does a great hobby become a big problem? Have you encountered difficult situations within a game?

As a sample, I offer the following comments from the article and my thoughts.

Don’t Call Me An Addict!

I despise the idea that online games are an “addiction” and therefore universally bad. In MY opinion, everyone should be given the opportunity to exhibit personal responsibility.If you know you are prone to play a game to the point that it becomes unhealthy, you should have the personal responsibility to limit your play time or stop playing altogether. Too many people blame the GAME for their own lack of self control.

The point which the article dances around is people play online games because they are FUN, not because they possess some mystical power of mind control. WoW is only a skinner box if you have the mindset of a lab rat.

Those people who cannot control themselves will play until it ruins their lives. Then when they realize what they’ve done they BLAME THE GAME for THEIR actions. YOU stayed up all night, YOU spent the welfare checks on internet bills, and YOU ruined your life. The game didn’t do that, YOU DID. Those people then go around telling other people that the game is evil and bad, and that nobody should play it ever.
The fact is there ARE responsible people in the world (such as myself) who CAN control their lives and play games they enjoy at the same time. Those people do not need to be chastised or regulated because some lab rat dropped out of college.

I played WoW for years. Before that I played many other MMOs including Ultima Online and EverQuest. I enjoy playing MMORPGs. I also have a wife, a job, and a degree. I have never let a game interfere with my responsibilities.

I stopped playing WoW, not because I was addicted and needed an intervention, but because I became bored with the game. Do heroine addicts get bored of shooting up? Do crackheads get bored of smoking crack? No.

The “game addiction” is a lie made up by people seeking to blame an outside influence for their own destructive behavior. If you screw up, admit it. Blame yourself for your own mistakes. Stop using the game as your scapegoat. Stop telling people how to manage their lives when you cannot manage your own. Stop stereotyping all MMO gamers as hopeless addicts who have no self control. Just stop.

You raise the important question of whether WoW or videogaming can be thought of as addictive behavior. Just because you and others are responsible and can control themselves doesn’t mean it isn’t addictive. I can control my drinking and I don’t use crack – does this mean there aren’t alcoholics or crack addicts? On the other hand, I sympathize with the notion that gaming is something we choose to do and something we can stop. I guess you could say the same about alcohol or crack, but we assume these to have physiological effects that create a physical dependence, so we think its not a matter of will that someone stops or not. 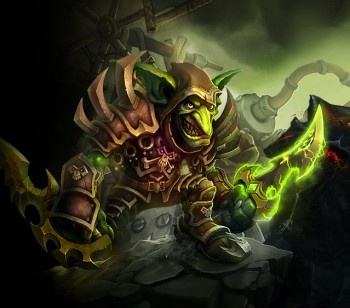 According to a colleague of mine, addiction, or dependence, is defined by the inability to use a substance, or engage in certain activities in a controlled way. The hallmark of addiction is continued use (or engagement in said activities) despite negative consequences. If the behavior causes problems (with the law, in employment or in school, in important avocational activities, or in relationships, especially family relationships), then many professionals think of it as addictive.

Does “addiction” necessarily mean “physical” addiction? The thinking on this has changed due to recent research in brain imaging and neurochemistry. What the studies show is that the brain is stimulated, and relevant neurochemicals are released in the same ways, whether it is a substance or an “addictive” activity, such as gambling or sex.

Certainly, substances such as alcohol, nicotine and cocaine, are physically addicting, meaning that the part of the brain involved in pleasure sensation comes to expect them, and the absence of them, once those parts of the brain are “trained” to think they are coming, causes physical and emotional upset (ie withdrawal). But the more important and interesting process is that, whether it is cocaine or gambling, the brain is stimulated in the same way. Thus the classic distinction between “physical” and “psychological” is a distinction without much of a difference.

Whether videogames can construct and reinforce the same neural pathways that cocaine and gambling produce for some people, I don’t know. But I would not be surprised — simply because any pleasurable activity, constantly reinforced, will do the same thing.

Why should gaming affect some people in this way but not others? We don’t know, just as we don’t know why some people are more vulnerable to various other addictions. In my experience, some habitual videogame users, like other addicts, are expert in rationalizing their own behavior (recent example: I haven’t failed out of college for the fourth time because I spend 5 hours per night raiding in WoW) and often resist seeing the impact on their lives and those around them (my parents aren’t disappointed, my girlfriend won’t leave me, and this won’t have any effect on my future.)

Why One Gamer Does It

I have known for a very long time that I use WoW as an escape from the ills of my life. I picked up WoW as a Freshmen in High School, at that time my sister was causing outright turmoil in the house on an almost daily basis. There was constant shouting and slamming of doors between her and my mother. It was a very embarrassing thing when I would have a friend over to have to shut my door simply to muffle the sounds of fighting; even then when the yelling would begin there would be a very awkward silence between my friend and I.

This had been going on much longer than then, my sister had been out of control since my 7th grade year of middle school, and even to this day it still feels like that storm of chaos continues to rage (albeit much quieter than it used to). From drugs, to running away, to stripping, to prostitution, to attempted suicide; that girl has kept my mother and I on edge for more than 7 years. The stress of it all was driving me to the breaking point of emotional sanity, then like a miracle I was introduced to WoW. I had been told many times before by teachers I would confide my trouble in at school that the best thing I could do was remove myself from the situation. Being still far to young to simply move out there wasn’t much I could do. When WoW came along I found that ability to remove myself from the chaos. No matter how much the fighting would rage outside my bedroom door all I had to do was keep on questing.

I’ve no doubt in my mind that WoW was what has kept me sane. I have found over the years that as my emotional stress increases my time logged in game also increases, and when the stress lifts I cut back. Now in my third year of college I am transferring to a university 3 & 1/2 hours away, finally moving out of the home haunted by an overbearing sense of tension, the tension that any moment some aspect of my sister’s life will come barreling through the front door; shouting, screaming, and cursing at whatever stands in her way. As the day when I move out draws ever closer I find myself needing WoW less and less. No longer do I need it’s support to be emotionally stable.

As a child I needed WoW to act as my defending shield against emotional trauma I had no idea how to handle. Now I can put it aside with a sense of closure and move on to bigger and better things.

Good grief I need to find a shrink

I found your story touching and profound. I’m sorry you had to go through such hell growing up but glad you found a refuge in WoW. I don’t think you need a shrink, because I think you understand what purpose the game is serving and have been able to function outside of it and progress in your life. Better yet, you are finding you need the game less as you contemplate escape from this truly horrible situation.

I can say that you might benefit from a decent shrink. It’s clear to me that you are a survivor, but survivors often find their coping skills can become problematic in other areas of their lives. If you find that what you have been through limits you in your ability to work and love, consider getting some help – it can make a huge difference.