Every year there are a handful of games with mechanics, features, and elements that completely change the medium going forward. Think back on how the 3D movement of Super Mario 64, the breadth of Grand Theft Auto III’s Liberty City, and the twin-stick controls of Halo: Combat Evolved created blueprints for the future.

From the social revolutions in Hideo Kojima’s latest to the way Capcom is redefining what a remake can be, here are five interesting elements from some of 2019’s best games that I predict (and hope) we’ll be seeing a lot more of throughout this new decade.

Death Stranding is probably the strangest, most ambitious major AAA game in recent memory. Sure, there’s plenty of planning, sneaking, and shooting that’s familiar to anyone who’s played a Metal Gear Solid game, but it’s the shared social moments that truly make it stand out as unique.

For being set in such a bleak world, Death Stranding is filled with mechanics brimming with optimism. I found myself spending my hard-earned resources not on guns and equipment that would make my journey easier, but rather upgrading the infrastructure around me. This was not for my own benefit, but for those who would come after me.

Similarly, being lent a helping hand from the ghost of a stranger in my times of need brought with it an incredible sensation I haven’t felt before in games. Seeing the glimmer of another player’s holographic message as I trudged through the snowy mountain region felt like a guardian angel encouraging me to press forward. These moments were oddly and profoundly hopeful.

The idea of both passively and actively helping strangers isn’t wholly original, with games like Journey and From Software’s Soulsborne titles all having elements of this connection. But for Death Stranding to make it such an integral part of the experience is what makes the game stand out for me.

I’ve never seen the concept of altruism displayed so prominently in a game’s mechanics, and I hope Death Stranding is the first in a long line of games that allow us to do good — not because of a shiny carrot dangling on a string, but because it’s simply the right thing to do. 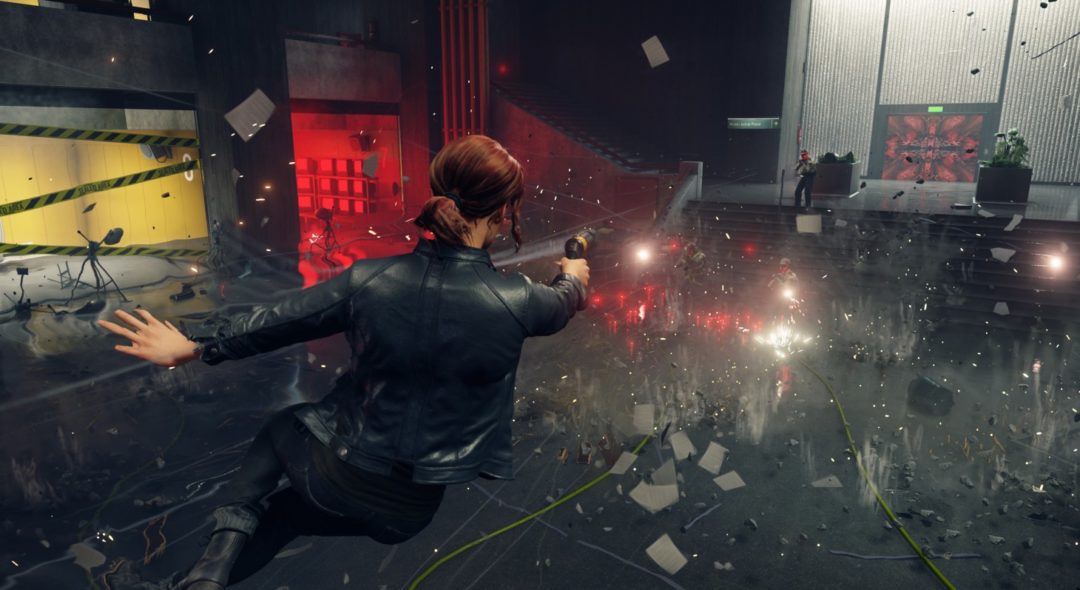 At the end of every console generation, we get a few games like The Last of Us and Grand Theft Auto V that feel like they’ve traveled back in time from the future to show us a glimpse of the kinds of things we’ll be playing in the years to come. Remedy’s Control is absolutely one of these games.

The interactivity and destructibility of each and every environment throughout Control continues along the evolutionary path that games like Red Faction, Half-Life 2, and Battlefield 4 laid before it. And like each of those classics, Control sets a new high-water mark for just how crazy and gorgeous an action game can look and feel.

Months after completing Control, I find myself frequently popping back into the Oldest House, making my way to Central Research, and spending a few gleeful minutes messing around with the combat and traversal. Watching Jesse uses her telekinesis to rip chunks of concrete out of pillars and blast it back at enemies in a hail of debris is nothing short of mesmerizing.

Amidst the balletic frenzy of sparks, shards, granite, and splinters, I can’t help but feel like I’m watching an interactive tech demo of what games are going to look like in the next decade.

For the longest time, playing the same multiplayer game on a different console than your pals felt like you were living in a parallel dimension. You could talk about your experiences, but you could never truly share them. That is why what games like Rocket League, Fortnite, and now Call of Duty: Modern Warfare have done recently in terms of cross-platform play between PC, the various consoles, and even mobile is so exciting — and frankly necessary for the future of gaming.

The prospect of being able to purchase these games on whichever platform you prefer without having to worry about which fancy electronic box your friends decided to get creates such an ease of entry. That is important, because with the recent success of shared worlds like Destiny, I have no doubt that the new decade will be filled with games that exist as single and multiplayer experiences simultaneously.

Smart features like crossplay being opt-in, as well as having a say over whether games are just controller, just mouse and keyboard, or any mix of both is extremely user-friendly. Of course, there will obviously be some hurdles to this shared future, including exclusivity deals creating walled gardens. But regardless, the fact that both Fortnite and Call of Duty, two of the most popular trend-setting multiplayer games on the planet, have cross-platform play in 2020 bodes well for the future democratization of games.

One of the things I love most about video games is that the very definition of the medium continues to expand each and every year. While we’ll continue to have incredible games where we jump, punch, and shoot our way to victory, it’s clear that there’s plenty of room for much more than that. That is why I was so excited that 2019’s Disco Elysium took the traditionally combat-heavy RPG genre and flipped the whole thing on its head.

Disco Elysium took the premise of being able to charm, trick, threaten, or think your way through a situation that Bethesda and BioWare RPGs always had as an option and made it the game’s focal point. Having different aspects of your personality and logic almost become personified opened up so many hilarious, thought-provoking, and emotional situations that simply wouldn’t have existed if the shadow of violence were always looming as an easy way out.

Playing through Disco Elysium felt like a mix of a tabletop RPG, a LucasArts-era adventure, an indie puzzler, and interactive theater. It’s an utterly unique cocktail that left me truly surprised, a feeling that has become increasingly rare in the past few years. I’d love to see this formula not only applied to original experiences, but also well-known worlds.

As Telltale Games did with the Borderlands universe, imagine an Uncharted game with a true focus on archaeology and exploring. Or a narrative-driven experience set in BioShock’s Rapture before the city’s fall. The possibilities are endless, especially when you expand the ways we’re able to interact with a game’s world.

Despite the framework of 2019’s Resident Evil 2 remake being similar to that of the 1998 original, the game set a new benchmark for what a true remake should be going forward. The immersive lighting, disgusting gore effects, and terrifying makeover that Mr. X received all combined to create one of the most tense and rewarding survival horror games ever made.

The whole thing works because its creators understood the core tenets that made the original successful, along with how modern technology and design techniques could be used to enhance and build upon these foundations. Instead of just providing a fresh coat of paint on a new platform, Capcom took the Racoon City Police Department that existed in our memories and used creative alchemy to pull it through time.

There are countless games rife with potential for the premium treatment Resident Evil 2 received. We know Capcom is delivering Resident Evil 3 in a matter of months, and recent rumors point to Dino Crisis possibly being next in line. Square-Enix’s Final Fantasy VII Remake is almost assuredly going to be a commercial hit and, depending on its critical success, could usher in a new era where classics like Chrono Trigger are revived in a similar manner. And odds are that the charming 2019 transformation of Link’s Awakening into a living diorama won’t be the last time a Nintendo reinvents a classic.

2019 capped off the decade as a year filled with incredible experiences that left the industry pointed in an optimistic direction. These five advances, alongside a slew of brand new revolutionary ideas and mechanics that we can’t even begin to imagine at the moment, have the potential to help shape gaming for the next decade to come.