Taking on board your last column on aggression and anti-social behavior (which not only happens in MMOGs I have found, but also among younger console gamers who are sometimes worse because a lot of interacting over Xbox Live for instance, takes place via a vocal chat room), do you believe gamers sometimes acquire emotions from a game and then release those in other areas of their life?

An example of what I’m asking is perhaps when the media blames the influence of video games for the actions of a “mad gunman” or criminal.

Do you believe these people commit crimes or do what they do because of the influence of video games?

1. Do you believe gamers sometimes acquire emotions from a game and then release those into other areas of their life?

My experience tells me that gaming is both emotionally arousing and physically stimulating. Intense gameplay often produces a cauldron of emotions in me, ranging from exultation and joy to utter despair, indignation, and outrage. I get some of this charge from non-MMOG gaming, but the social component of MMOGs was a real accelerant. Because I cared what others thought of me and whether I fit in, so much more seemed to be at stake when I was playing.

There were certainly times when elation or irritation colored my mood outside of gaming. It might be as simple as reliving a great victory in my mind repeatedly throughout the day and feeling jaunty about it, or being sour and depressed because of an ongoing frustration. Usually, this all added up to a continuing involvement with gaming long after I stopped a given session of play. Sometimes the thoughts and emotions were quite intrusive. I couldn’t stop drifting into them even when I should have been paying attention to other things.

Gamers may discharge some emotion from gaming into other areas of their lives. A common example of this occurs when parents want kids to stop playing. The children are absorbed in gaming, the parents feel ignored and disrespected, and this often leads to a big fight, with yelling and screaming, gnashing of the teeth, and rending of the mantle. I think some of these conflicts are intensified by the high level of emotional arousal the gamer is experiencing while playing. You could suppose this is just a reaction to having to stop doing something that is pleasurable, but I think it is more than that.

I don’t socialize with groups of teenagers, but I imagine some of the excitement they experience in gaming could affect the social atmosphere, especially if their friends are fellow gamers. Have you experienced this?

Most serious gamers I know seem more detached and flattened out in the rest of their lives than aroused and agitated. By this, I mean that the emotional energy that might normally imbue their lives with color and enthusiasm seems to be missing, unless you are talking with them about gaming, in which case, they light up. So you could wonder if gaming saps excitement and joy out of real life, which may seem dull by comparison. This effect seems at least as substantial to me as gamers “acquiring emotions” in their play and releasing them in their lives.

2. Do you believe these people commit crimes or do what they do because of the influence of video games?

There is a growing literature supporting the idea that violent videogame play is associated with increased levels of aggressive thought, affect, and behavior (see in particular Anderson, et.al., Psychological Bulletin, 2010 for a meta-analysis summarizing the results of 130 studies–beats the heck out of reading them all).

From my point of view, it is very difficult to study this question, and easy to criticize the methodology. How do they determine what a violent videogame is? How do they measure increased aggression, aggressive cognition and affect? I’m not a research psychologist, but I do have some respect for the idea that 130 studies, taken together, seem to show a significant effect, so I’m inclined to accept what these researchers say at face value, that there is a link between violent videogaming and some measures of aggression, without getting into a big tussle about methodology. 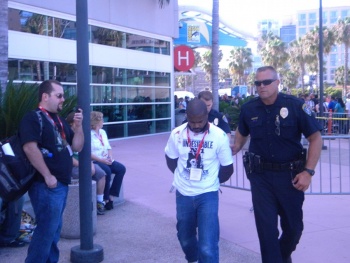 Does this mean gaming, by itself, creates violent criminals and mass-murderers?

We really don’t know the answer to this question, but my instinct is that it does not. People that engage in the most notorious crimes are generally extremely troubled individuals, and these difficulties often begin early in their lives. They may include traumatic abuse and neglect, multiple losses and dislocations, and profound difficulties in attachment, which can result in a facility for deception and a very basic inability to empathize with others. Some theorists also believe there may be neuro-biological and temperamental/dispositional factors involved.

While it wouldn’t surprise me if a mass murderer or anti-social character enjoyed playing violent videogames, and even became desensitized to the violence from playing, my gut instinct is that these games don’t make sociopaths out of people who were not previously inclined. There were plenty of sociopathic killers before videogaming, so it’s likely that these folks just found other ways of psyching themselves up for mayhem in the past.

I also find the research on aggression confusing because it conflicts with two pieces of important data. While videogaming has become a major activity for young Americans over the past few years, and much of it is quite violent, rates of violent crime in the USA have dropped, according to the FBI’s Uniform Crime Reports. These rates have continued to drop in recent years despite a bad economy and rising unemployment, factors often cited as increasing the potential for violence. If videogaming is proliferating, and it has such a profound effect on aggressive behavior and thought, why isn’t this reflected in the violent crime data? It is possible there are other off-setting factors (better policing, stiffer penalties, for example), or that the current generation being raised on violent videogames will become more aggressive as they grow older. But for now, it’s hard to argue that the rise in videogaming has brought about a new era of mass violence.

The other data point is my experience, however anecdotal and unscientific it may be.

What I see among friends, family, and clients is video gaming used as an outlet. I see it as a way to escape, relax, get a thrill, and to develop connections through group play. Even with the most engrossed gamers I know, I see no evidence of increased aggression to the point of violence. Instead, I see many examples of what I described above: withdrawal and detachment, preoccupation with gaming, loss of investment in real life goals and aspirations, and a tendency to appear flattened-out effectively. I’ve seen this lead to depression and despair, but not to violent aggression. I have even wondered if some gamers play out violent fantasies through gaming in ways that make them less, not more, likely to act them out in real life–the displacement may prove to be satisfying enough. I have no evidence to support this–it’s just a hunch.

The violent aggression I do occasionally see seems more related to intensive drug and alcohol consumption, and often involves young people from different sub-cultures than the gaming world–athletes are a good example because their activity involves so much actual aggression, which can sometimes boil over into real life.

So, in the final analysis, I don’t think violent videogaming directly causes sociopathy, though I do accept it may increase aggression levels, and I do think it might pump up a particular sociopath before a particular crime. This doesn’t mean I am not concerned about online nastiness and the way it affects people, both during play and in their real-life experiences, and I think the jury is still out on whether long-term intensive violent videogame play could make you a meaner or more aggressive person.

This new age of technology creates lots of apprehension. While there are reasons for worry, we shouldn’t let suspicion amount to certainty when there are so many other factors, beyond gaming, that contribute to anti-social behavior and violence.

Dr. Mark Kline is trying to get his StarCraft II SCVs to make better conversation when not busy being a psychologist, parent, or community educator.