I’ve used this space to talk about VR a lot. Back in 2014, I had a column talking about why the Oculus was a big deal, and why it was reasonable to feel hopeful about VR even though the last 30 years of prototypes had all ended in failure. After that I gave my first impressions with the device, an explanation for how VR works, and an explanation of what VR sickness is and how it happens.

VR has been “right around the corner” since the 80’s. We always thought we were just one technological breakthrough away from making it happen. Computers weren’t fast enough. Screens didn’t have enough resolution. Screens were too heavy. Screens flickered too much. The tracking sensor technology wasn’t ready yet. Every few years, technological progress would solve one of these problems. Then some enterprising young go-getter would throw together a new VR prototype, and run into the next problem in the chain. Their VR endeavor would die, and people would forget about VR until the new problem was solved and the cycle would repeat.

But after three decades, it’s finally happening. The technology is ready. It works. It worked “well enough” back in 2014 when I tried the second Oculus development kit, and we’ve reportedly made major strides since then. 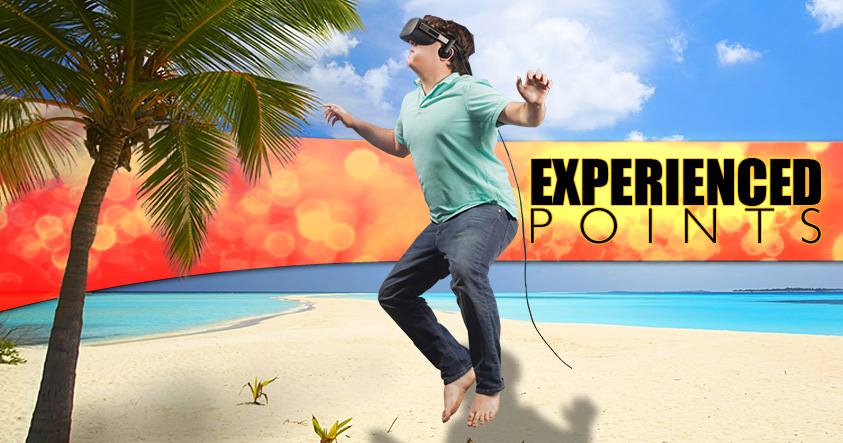 So VR is finally possible from a technological standpoint. Now the problems are all financial. Is the public willing to pay for VR? Can this market support a business?

Last week it was announced that the first consumer-ready version of the Oculus Rift would cost $599, a figure that kicked off a wave of stunned outrage from the buying public. (At least, as far as social media is concerned.)

The problem is that $599 is either amazingly low or shockingly high, depending on how you see the device. For long-time VR fans who have been waiting for decades, $600 sounds pretty good, given the technology required to make it go: The device has two custom-built HD OLED screens, several different motion sensors, the tracking camera, audio headset, and a set of custom lenses. (Plus an Xbox controller, a remote, and a few pack-in games.) To put it another way: Imagine how much you’d pay for two high-end HD smartphone displays, a webcam, prescription eyeglass lenses, a good set of noise-canceling headphones, and a handful of different kinds of motion sensors. Those parts are all expensive, even before you take into account that you need the most advanced versions of these components. You need the lightest and most energy efficient hardware available, because people don’t want to strap a burning hot brick to their face for hours at a time. Taking this list of parts into account, $600 sounds pretty reasonable.

On the other hand: From a consumer perspective, this price is brutal. $600 is a lot for a gaming console, and the Oculus isn’t even a console, it’s a peripheral. You still need a high-end gaming PC if you want to make use of it. I find it reasonable that Oculus costs about $600 to produce, but I find it harder to believe that a lot of people will be willing to pay that much.

Earlier versions of the Oculus only cost $350. That’s still a lot for a peripheral, but it felt like the price was in the right ballpark for widespread adoption. 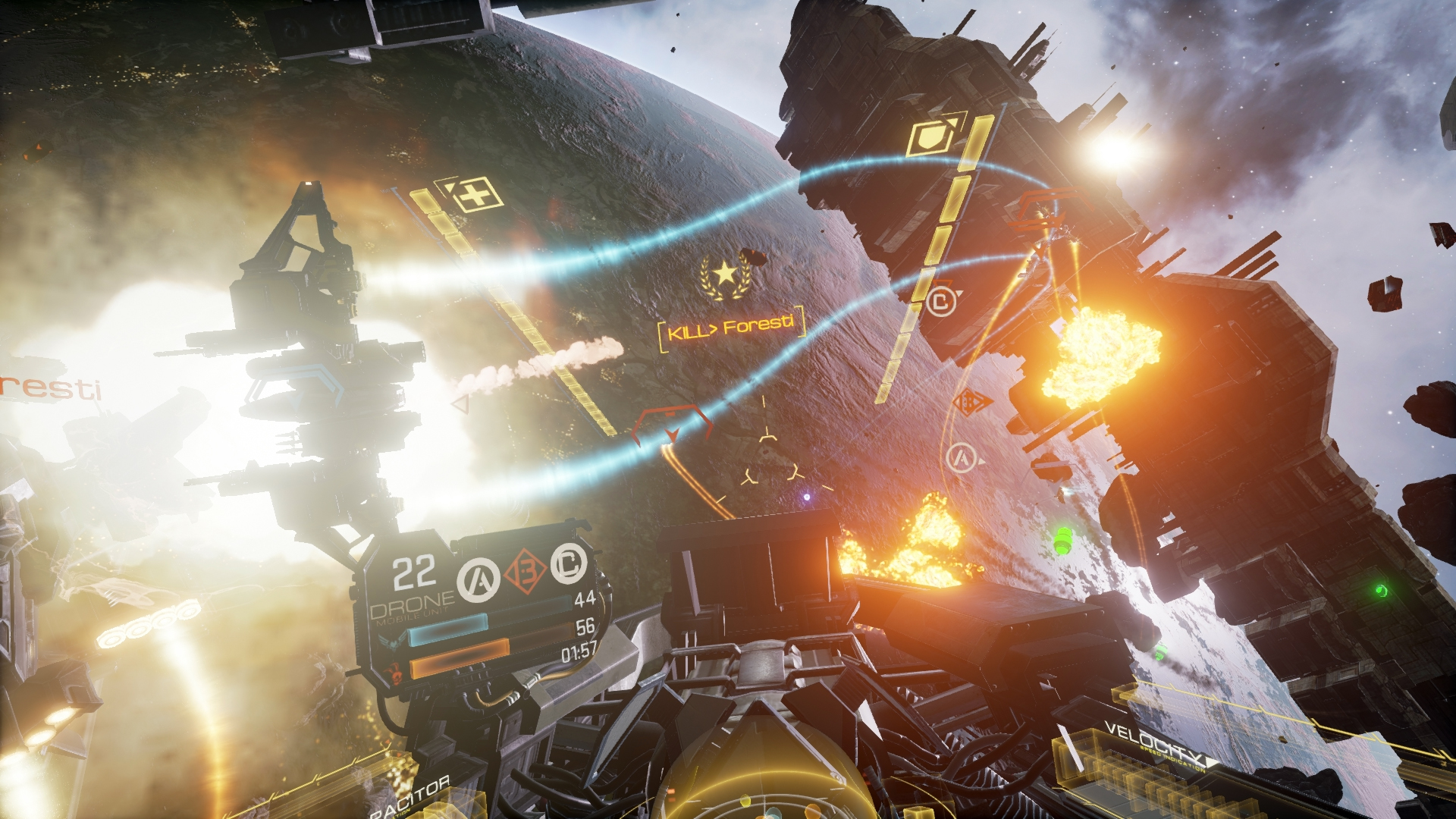 Oculus hasn’t fully explained the price jump from $350 to $600, but I imagine the internal screens are responsible for a big chunk of that. The Dev Kit 2 (the model I own) uses a single screen from a Samsung Galaxy Note. There are some problems using stock smartphone screens like this:

1. Refresh rate. These screens weren’t originally engineered with the idea of high-performance gaming in mind, and it’s a bit of a miracle that it works at all. You need to be able to refresh the display over 60 times a second (120 is better) just to make something tolerable.

2. Persistence. You don’t notice it on your cell phone, but individual pixels don’t turn on and off instantly and perfectly. When a pixel is turned off, it actually fades out over a few milliseconds. That’s fine for playing angry birds on the bus, but when the screen is strapped to your face and lenses are making the image fill your field of vision, those slight delays can be really annoying. You end up with a slight motion blur / light trail effect. You need custom-made screens to really fix this.

3. Screen dimensions. Using a smartphone screen means rendering a unique image for each eye, one on the left half of the screen and one on the right. Then you use lenses to bend those images into position around the user’s eyes. But this results in a ton of wasted pixels in the center, because the lenses can only bend things so far. 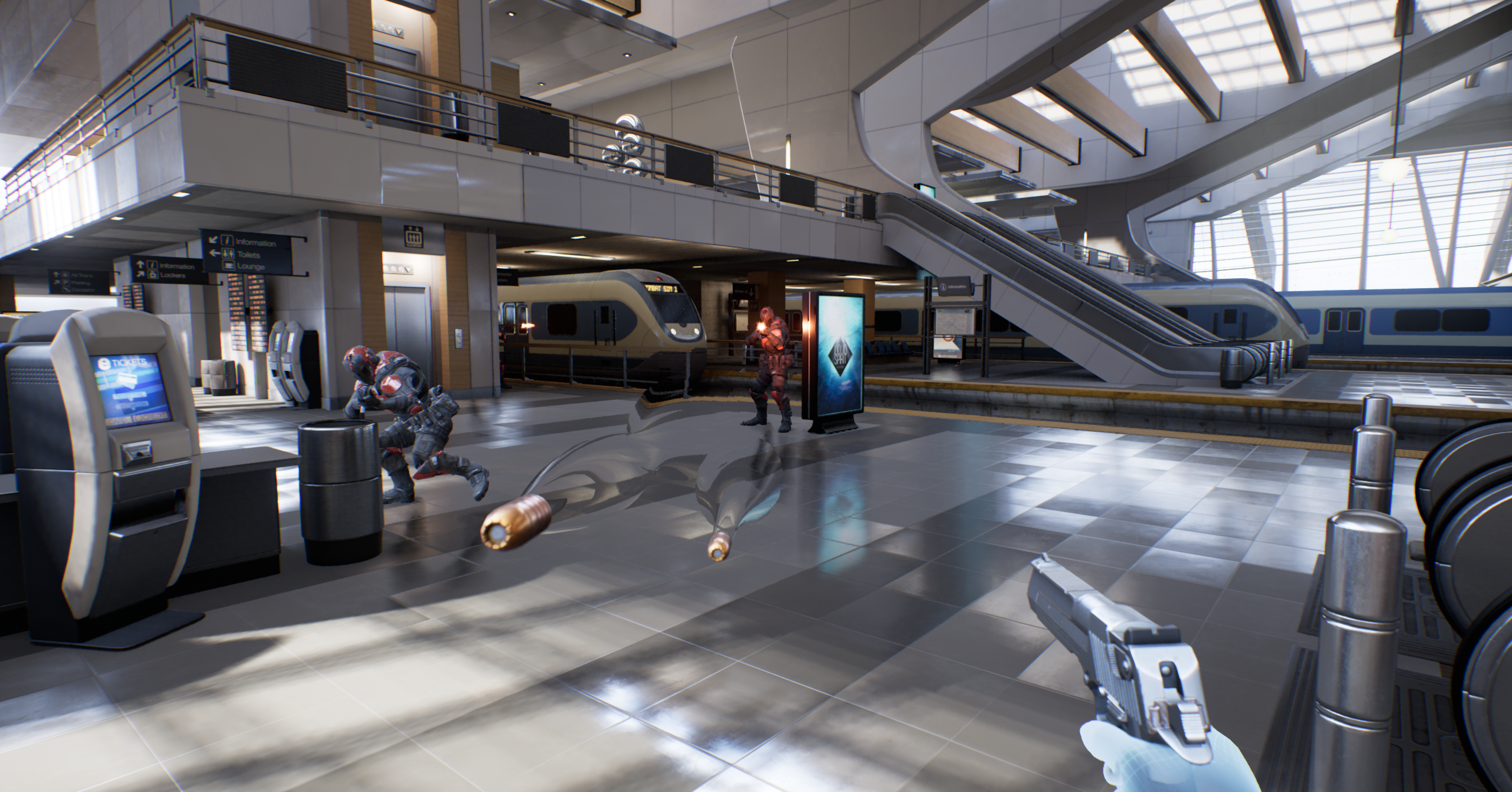 So for an optimal experience, Oculus decided to use a separate, custom-manufactured screen for each eye. That probably results in more pixels ending up in front of your eyes and less complex lens distortion, but custom hardware is expensive.

So the drama on social media was a shouting match between people who were outraged by the price tag, and other people saying, “Duh! What did you expect?” And to a certain extent, both sides were basically right: $600 is pretty good for high-end VR hardware, but $600 is also pretty extreme for a gaming peripheral.

Sure, it’s a niche device for a niche audience, but the Oculus needs games or it’s useless. If a gaming console has a small library, the manufacturer can buy themselves some time with re-releases, indie titles, and 2D games until their next big tentpole title comes out. Oculus can’t do that. The Oculus needs rich 3D experiences, and those experiences need to be designed with VR in mind. You can’t just port Half-Life to the Rift and expect people to have a good time.

The Oculus needs to sell well enough that the userbase can support VR-focused developers. If sales are low, then the audience will be small. And if the audience is small, then nobody will be able to turn a profit making games for it. We could end up seeing VR “die” again, until another generation of technological progress makes it cheap enough for someone to give it another go.

I hope that doesn’t happen. VR is so close. I’d hate to see it come this far, only to vanish again.