There’s something that’s been bringing me down about my WoW life, and after reading your article on The Escapist ‘What’s your Cataclysm?’, I feel like you could relate to what I’m feeling.

I started playing in April 2008. Soon after, I met a young woman. Eventually we met up IRL and became friends, but spending almost all our time in-game completely inseparable.

We embroiled ourselves in the story of the Scourge of Lordaeron. Me being Undead and her being a Blood Elf, our characters went through the same disasters in the Warcraft series, and we spent a great deal of time talking about and experiencing the aftermath of it all.

However, near the beginning of the expansion, November 2008, she was diagnosed with cancer and given a short time to live. In June 2009, she died. Before that, we made a promise to each other that she’d pull through and we’d defeat the Lich King together – the one responsible for the Scourge of Lordaeron.

So I started raiding, determined to fulfill my promise to my friend and my guild finally defeated the Lich King in Icecrown Citadel. The thing is, I died near the start of the encounter, and thus didn’t get to fight him myself until I was resurrected near the end.

So the thing is, doctor, I feel despondent that I didn’t contribute to the defeat of the Lich King at all, and therefore that I didn’t fulfill my promise. I’ve been trying to convince myself otherwise, but I can’t get rid of this feeling that I let my friend down. Should I just try again?

What do you think?

When I try to help non-gamers understand why people become so involved in gaming, I emphasize that many important psychological needs are met through playing. You can argue whether this is the best or healthiest way to meet those particular needs, but if gaming is someone’s chosen coping mechanism, it’s worth trying to understand it, rather than merely hoping it will stop, or tearing down the whole hobby as a waste of time and energy.

You developed an intimate personal relationship through gaming. It’s not clear whether there were romantic feelings involved, but it doesn’t matter much. You found someone you could really connect with and you shared an intense preoccupation. This is a tremendous, wonderful, and magical achievement. That it took place through the medium of online gaming is impressive and important, demonstrating yet again that this is a very powerful means of bringing people together. 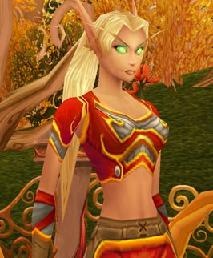 It became even more powerful when she was diagnosed with terminal cancer. The connection you created through playing together provided a safe place to escape, but WoW may have offered an added benefit for someone with this kind of illness. Players can feel as if they are their characters while playing – as if they have somehow left their real bodies behind. I call this sensation a “dissociative experience,” which is just psychological jargon for feeling that you are not yourself, or not in your own body. This can be a great relief if you are hurting or suffering. I experienced some of this dividend when I myself played WoW, and my health issues were minor compared to your friend’s.

To be clear, I don’t think it’s always good to escape the sense of being in your own body. It’s far too easy to forget your real-life priorities and basic bodily needs like sleep, exercise, and nutrition. Psychologists often think of dissociation as the result of severe trauma or abuse – it’s the mind’s way of checking out when you cannot physically escape. People with severe dissociative disorders have very serious problems, and some can’t control when they are present or absent in their real lives. I have no doubts about any of this, but I’ve come to believe that the kind of dissociative experience offered by gaming can offer real benefits to some gamers with serious health problems.

It can also provide relief and escape from emotional pain. While you yourself were not ill, you had to cope with the devastating loss of a very intimate friend. Any of us who have been through this can testify to how wrenching it can be. I’m so sorry that you had to lose this very special person in this way.

I think you were able use playing WoW as a way to stave off the hurt and pain of this loss. I also think you kept your relationship alive through the quest to defeat the Lich King. Even though she wasn’t there anymore, you and your friend were still together psychologically as you tried to do this.

I think your despondency is quite understandable. The demise of the Lich King means in some way an end to this magical connection. Perhaps your desire to do it again or do it right represents a wish to hang onto your friend. If you kill the Lich King right, it’s over and you lose a last precious tie to her. It might then feel as if she is really gone. 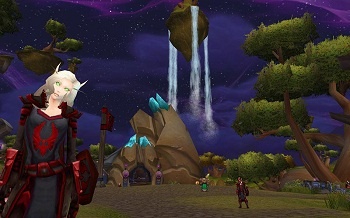 You didn’t let your friend down when it mattered, and now the person who needs to be taken care of is you. What will help you grieve this loss in a way that feels substantial and satisfying so you can move on?

Again, I believe this is very personal and there is no right or wrong way to do it. While wakes and funerals provide ceremony and structure for the first days of a loss, it can take months and even years to fully process losing someone you were very close with. Some people find it helpful to donate to a charity that fights the disease or illness that struck their friend. Others find comfort in visiting the cemetery or memorial park. Lately, some people have become very creative with online memorials where friends can visit and look at pictures and share memories of someone they have lost. To some in my generation, this seems macabre, but to me, it’s just a way of using the technology to honor and remember someone who meant a lot to you.

Regardless of religious views, many of us continue to feel the presence of people we have lost even long after their passing. I have many internal conversations with my father even though he is gone nearly ten years now. Luckily, he repeated himself so much that it’s very easy to remember what he would have said about many things.

I’m suggesting that by doing something outside of WoW to help mourn this loss, it may come to seem less critical that you kill the Lich King, or kill him in some particular way. You may be satisfied with what you have done or you may want to do it repeatedly, as is very common among WoW raiders. You may well feel a greater sense of closure about the whole thing that allows you to move on – though not necessarily by forgetting about this very meaningful connection.

While it may seem that online gaming has created a whole new way of relating, people bring very human needs and tendencies to this undertaking. We enjoy the fun, distraction and challenge. We strive to feel competent, triumphant, victorious. We crave connection, acceptance, approval, the feeling we are part of something. We look for support dealing with problems in living that trouble us: crises, pain, transitions, and losses. What’s new is the internet has provided effective and innovative ways to help people find each other. This has led to much suspicion and criticism from the older generation and the media, but there are clearly many occasions when finding each other can make all the difference.

This is one of them.

Dr. Mark Kline thought Char was a mild-flavored North Atlantic fish before playing Starcraft II. Have a question for Dr. Mark? Send it to askdrmark@escapistmag.com. Your identity will remain confidential.