Special thanks to Escapist community member thejboy88 for creating the thread! 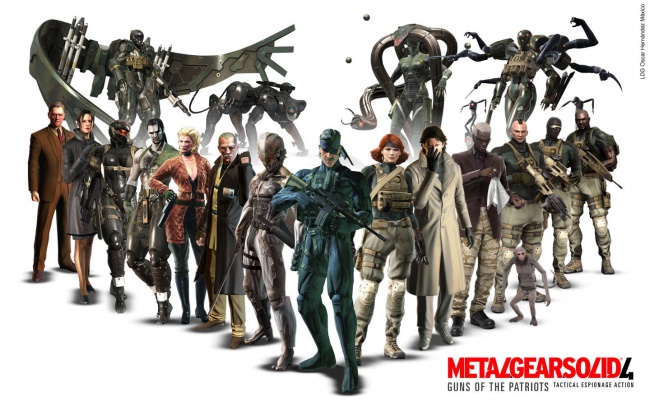 “Snaaaaaake!” There are so many great performances in the Metal Gear Solid series, it’s hard to know where to start. How about David Haytar’s masterful performance as Snake, Jennifer Hale as Naomi Hunter (and Emma Emmerich), Paul Eiding as Roy Campbell, and Patrick Zimmerman as Revolver Ocelot, just to name a few. Throughout the series, the cast has had a major effect on the games, and their voices are instantly recognizable, whether it’s Haytar’s gruffness or Christopher Randolph’s higher pitched Otacon. If you want to see all the voice actors that have been featured in the series, you can check out this list. 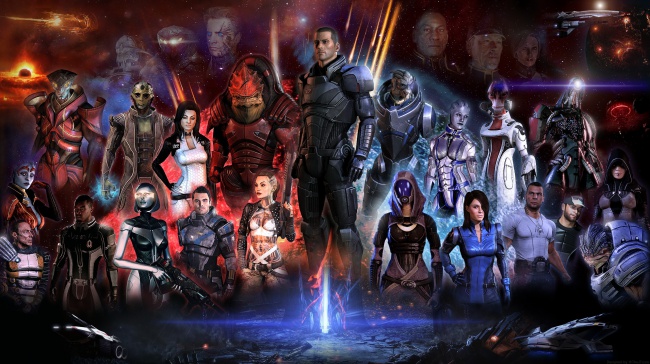 No matter what you thought of how the Mass Effect series ended, you can’t deny the quality of the voice acting throughout. There’s some high-powered talent here as well, including Freddie Priznze Jr. as Vega, Martin Sheen as The Illusive Man, Seth Green as Joker, Yvonne Strahovski as Miranda, Michael Beattie as Mordin Solus, and of course Jennifer Hale and Mark Meer as the female and male versions of Commander Shepard. For three games, this cast kept us tied into the world as we held off Saren, fought off the Reapers, and tried to save the galaxy. That’s not a bad job of work at all. 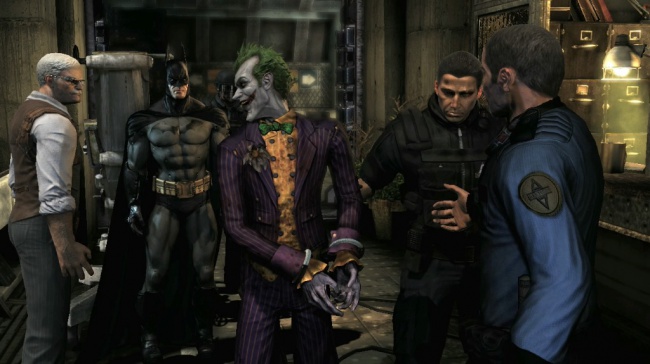 Despite how good Heath Ledger’s Joker was in The Dark Knight, every time I think of the Joker, he has Mark Hamill’s voice. I prefer Kevin Conroy’s Batman to Christian Bale’s. So it should come as no surprise to you that I agree that Batman: Arkham Asylum is a triumph of voice acting. Both actors play their roles to perfection, and the supporting cast is great as well. Arleen Sorkin’s Harley Quinn is disturbingly awesome. Wally Wingert’s portrayal of The Riddler is so amazing that he never even has to appear onscreen to feel menacing. The entire game is a masterpiece of voice acting, which contributes greatly to its appeal. 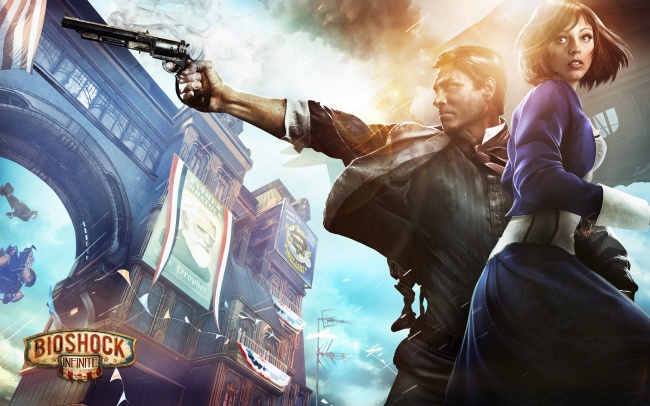 Without question, the Bioshock series has featured some great examples of voice acting. In the first game, T. Ryder Smith’s Sander Cohen and Armin Shimerman’s Andrew Ryan are the standouts. Bioshock 2 followed in those footsteps, with great performances from Fenella Woolgar as Sofia Lamb, and Shimerman reprising his role as Ryan. Bioshock: Infinite somehow managed to raise the bar, featuring outstanding performances from not only Troy Baker (as Booker DeWitt) and Kimberly Brooks (as Daisy Fitzroy). It was also the setting for Courtnee Draper’s phenomenal portrayal of Elizabeth, both in the base game, and the noir-laden performance she turned in for Burial at Sea. 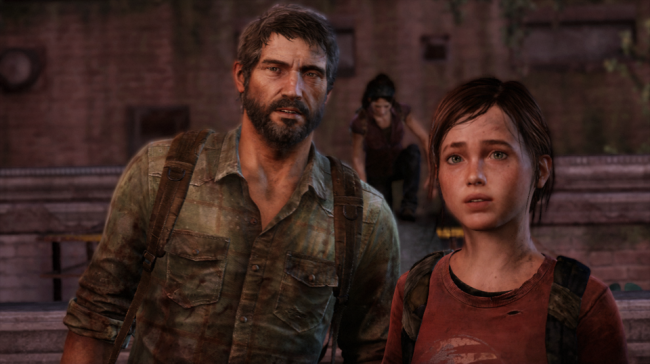 The Last of Us
First mentioned by: Casual Shinji

The gameplay for The Last of Us may have gotten repetitive by the end of the game, but I never got tired of Troy Baker’s portrayal of Joel. You can hear the character grow during the game, as he becomes more and more invested in protecting Ellie, and Baker captures every nuance of that growth. Ashlee Johnson’s work as Ellie is similarly good, and let’s not forget that The Last of Us also features the other prince of video games voice work, Nolan North. 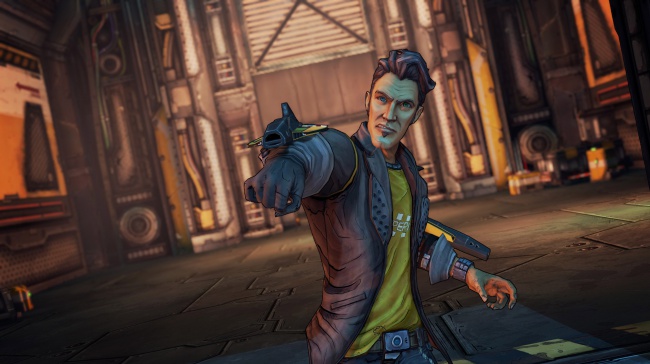 Borderlands 2 brought the Vault Hunters to life much moreso than the first game, and nowhere was that more evident than in Jason Douglas’ portrayal of Krieg the Psycho. Also standing out from the crowd is Ashly Burch’s Tiny Tina, especially in the Tiny Tina’s Assault on Dragon’s Keep DLC. But for me, the most important character in Borderlands 2 and Borderlands the Pre-Sequel isn’t a Vault Hunter – it’s Handsome Jack. The maniacal CEO of Hyperion, bedevils players throughout Borderlands 2, and in Borderlands the Pre-Sequel, we get to see how he came to power, and how he was betrayed. Not only does Dameon Clarke nail this side of Jack, he’s equally impressive as Jack’s doppelgänger Timothy, who’s just about the complete opposite of Jack in every way. 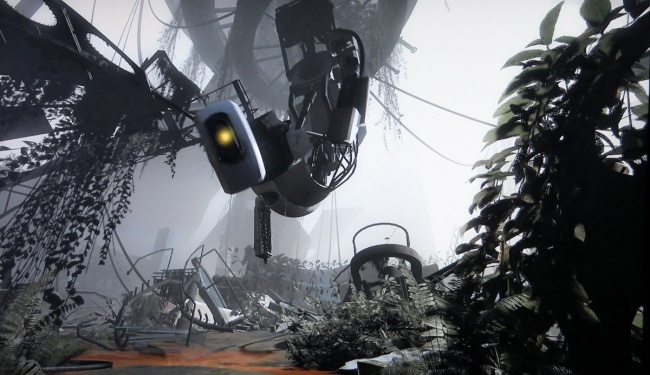 As a puzzle game, you might not think Portal needs all that much voice acting to be successful, but once you’ve played it, you can’t imagine the chambers of Aperture Science without the slightly mad raving of GLaDOS, played to perfection by Ellen McLain. In Portal 2, things only get better. In addition to McLain, we now get to add Stephen Merchant as Wheatley, and most importantly, the masterful performance of J.K. Simmons as Cave Johnson. Throw in Nolan North voicing the defective turrets, and MIKE PATTON ( Faith No More, you rock) as The Anger Core, and you’ve got an all world cast on your hands. 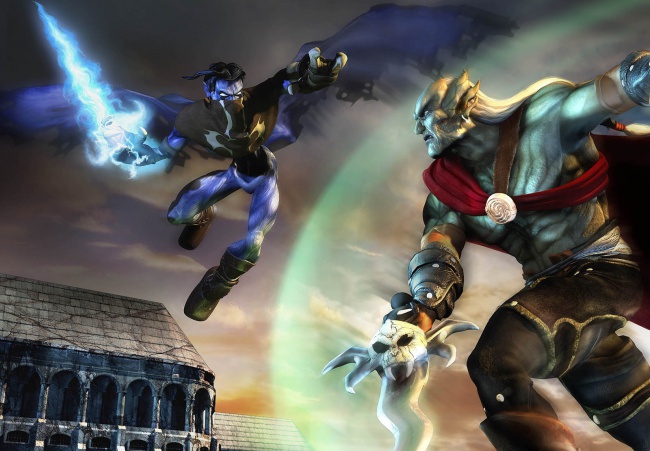 The Legacy of Kain Series
First mentioned by: DOOM GUY

There are lots of games with great voice work, but without question the series that has always stood out to me is Legacy of Kain. Simon Templeman’s portrayal of Kain perfectly captures the character’s anti-hero status, and his interplay with Michael Bell’s Raziel is nothing short of masterful. Anna Gunn’s Ariel provides advice and support, despite only being a ghost most of the time, and Moebius the Time Streamer (voiced by Richard Doyle) manages to be the only character that appears in every game in the series. Finally, I’d be remiss if I didn’t mention the stellar work of the late, great Tony Jay as the voice of The Elder God. If you want a great example of the great voice work this game offers, check out this video from DOOM GUY‘s post.