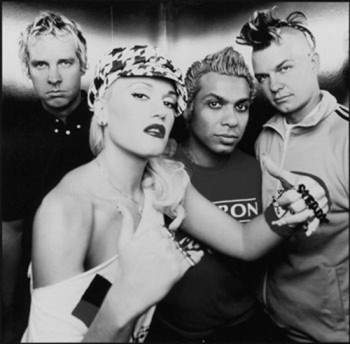 Activision has responded to No Doubt’s lawsuit over Band Hero by filing a countersuit claiming the group has breached its contract by refusing to perform any publicity or marketing services in support of the game.

Back in November it was revealed that No Doubt had sued Activision over its placement in Band Hero, specifically in the way the group could be used to perform songs by any band. The suit specifically mentioned “Honky Tonk Woman” by the Rolling Stones, which could be combined in-game with No Doubt for “an unauthorized performance by the Gwen Stefani avatar in a male voice boasting about having sex with prostitutes.” Activision, naturally, defended its use of the band as being within the limits of its contract.

Now the publisher is taking matters a step further, launching a suit of its own claiming that No Doubt has in fact breached its contract with Activision. While essentially denying any wrongdoing on its part, Activision claims that No Doubt has refused to perform any of its contractually-obligated duties in support of Band Hero.

“No Doubt… agreed to provide services, including marketing services, to promote the Band Hero videogame. Even though Activision fully paid No Doubt under the parties’ contract, No Doubt failed and refused to perform the services No Doubt had agreed to provide and otherwise breached its agreement with Activision, including by refusing to perform promotional services,” the complaint says. “No Doubt furthermore has been unjustly enriched by its wrongful conduct against Activision, including by retaining money paid to the band for services it then refused to provide.”

To support its claim, Activision also included a copy of No Doubt contract, which sets out marketing services the band agreed to provide, including the inclusion of Band Hero material on its website, press tours and interviews and video “shout-outs.” The company is seeking unspecified damages from the band as well as a return of all payments made to the band, legal feels and other awards the Court “deems just and proper.” A full copy of the complaint is available here. (PDF format)

EA’s Riccitiello: Over a Billion Gamers in the World Today