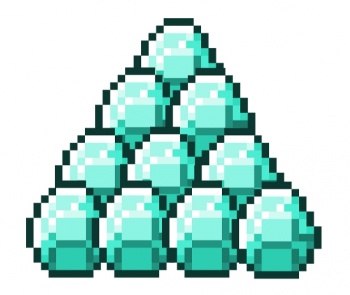 Markus “Notch” Persson has revealed that Minecraft is pulling in an astronomical amount of money.

Mojang’s Minecraft hit 1 million copies sold in January and shows no signs of slowing down. The game’s creator, Markus “Notch” Persson, recently took to Reddit to allow users to ask anything they wished, where he revealed a breakdown of sales figures, the inspiration behind the Creeper, and where the nickname “Notch” came from in the first place.

Persson says that Minecraft has made “more money than he’ll ever need.” While he tries not to look at the account which holds this mass of funds, he reveals: “The game sold about 800,000 copies at €9.95 and then so far 1 million more at €14.95 . Paypal takes a cut, there are taxes, and such, but it’s still a huge wad of money.”

Going by these figures, total revenue (not profit) would equal about €23 million, or $33 million. Persson formed a company around Minecraft called Mojang, from which he takes what he calls a “normal salary.”

Persson says that the Minecraft business model, which sells the game in its alpha and beta phases to support development (Minecraft is not finished yet), is a “great way for a small studio to do game development.” He’d like to release future titles with the same method, if it makes sense, as “developing in the dark is scary and probably wrong.”

As for the secrets behind Minecraft‘s explosive Creeper foe and Persson’s nickname, they’re a lot simpler than you might think. The Creeper came about when Persson “tried to make a pig and failed.” The nickname “Notch” is explained thusly: “I just picked a nickname.” He also likes fish sticks.

Mojang is currently working on a second game called Scrolls, a card/board strategy game, with Jakob Porser in the position of lead designer. It’s likely the first of many projects to come out of Mojang, a small studio with a huge bankroll for self-funded projects.

Everyone Who Ever Bought a Madden Game is Suing EA