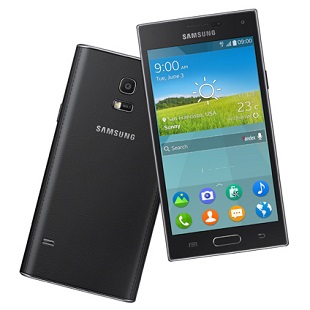 Samsung will launch the Galaxy Z later today, its first ever Tizen-powered smartphone.

While Tizen has already made an appearance in Samsung’s smartwatch lineup, the Galaxy Z is the first phone of its kind. The operating system, which was developed jointly with Intel, promises “improved memory management,” (presumably when compared to Android or iOS?), as well as fast boot time, and “immediate” multitasking chops.

Tizen isn’t exactly blowing the doors off from a software perspective. Speed and multitasking are great features to tout, but a lack of applications, entrenched developers for both iOS and Android, and a lackluster UI (seriously, it looks like a skinned version of Android) will make for an uphill battle for this new ecosystem.

The Galaxy Z hardware lies somewhere between mid-range and high-end, depending on which spec you’re talking about. The 4.8-inch display is “only” 720p, and an 8 MP camera on the back is severely lacking when compared to the shooter on the Galaxy S5, but the 2.3 GHz quad-core processor (which is likely an Intel chip) looks to be right up there with the latest offerings from Qualcomm. Other specs: LTE, 2 GB of RAM, 16 GB of storage (with another 64 GB via microSD), a 2.1 MP shooter in front, 2,600 mAh battery, and a fingerprint sensor.

Also notable: No 802.11ac WiFi support, which is another departure from the Galaxy S5, although it does pack a fingerprint scanner, and heartrate monitor.

The Galaxy Z will launch in Russia first, and other unnamed markets later. The official launch event is tomorrow, so hopefully we’ll get pricing and availability details then.