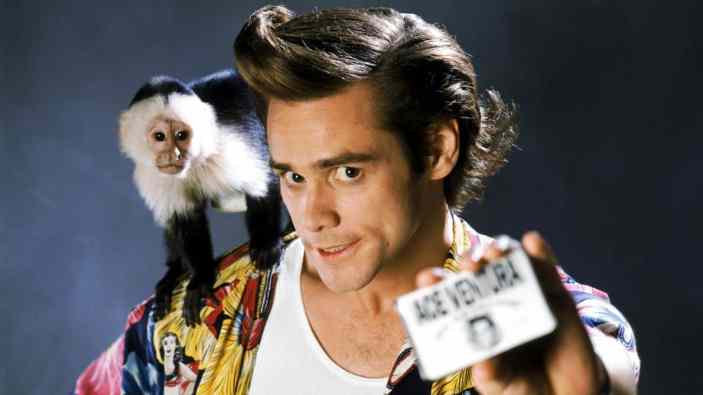 If Ace Ventura isn’t back in 26 years, just wait longer… because evidently, he is now returning. Morgan Creek, the production company behind the first two films, has announced a partnership with Amazon to make Ace Ventura 3, a film with little to no demand to actually be made. The studio revealed the news in a recent interview with Park Circus with some of the most corporate-speak about a film you’ve ever heard:

We’re pretty excited about our franchise developments with Exorcist and the Ace Ventura franchise – it’s noticeable from the 3 million fans chatting on the official Facebook page for Ace Ventura that audiences are clamouring for a third installment… During COVID, audiences have been in love and are thrilled to have beloved characters brought back with new stories. Ace Ventura will see a new day at Amazon as a major motion picture/theatrical with the Sonic the Hedgehog writers.

Notably, the final sentence of that statement seems to have been recently removed from the interview.

It’s not clear if Jim Carrey will be returning to the role, but he plays Dr. Robotnik in the Sonic movies, giving him a connection to Ace Ventura 3‘s writers, Pat Casey and Josh Miller. It seems a bit too much of a coincidence that they would be writing the film after working on a screenplay that was heralded as a fantastic and long overdue use of Carrey’s comedic skills and basic willingness to be goofy. Just how far along the movie is in development isn’t clear, especially since the studio just dropped this news without an official press release.

Both Ace Ventura: Pet Detective and its sequel, Ace Ventura: When Nature Calls, are incredibly ’90s comedies, but we’re in an age where everything is getting rebooted. While aspects are still funny thanks to Carrey’s performance, a lot of the comedy comes off as offensive now and the first film features a transphobic running joke as the key plot point of the entire film. It’s going to take some creative writing to bring the character into the modern day with an Ace Ventura 3, but if Casey and Miller can make a good Sonic movie, then they might just be the team to do the impossible.

The franchise attempted a kid-friendly reboot in 2009, but the less said about that the better.