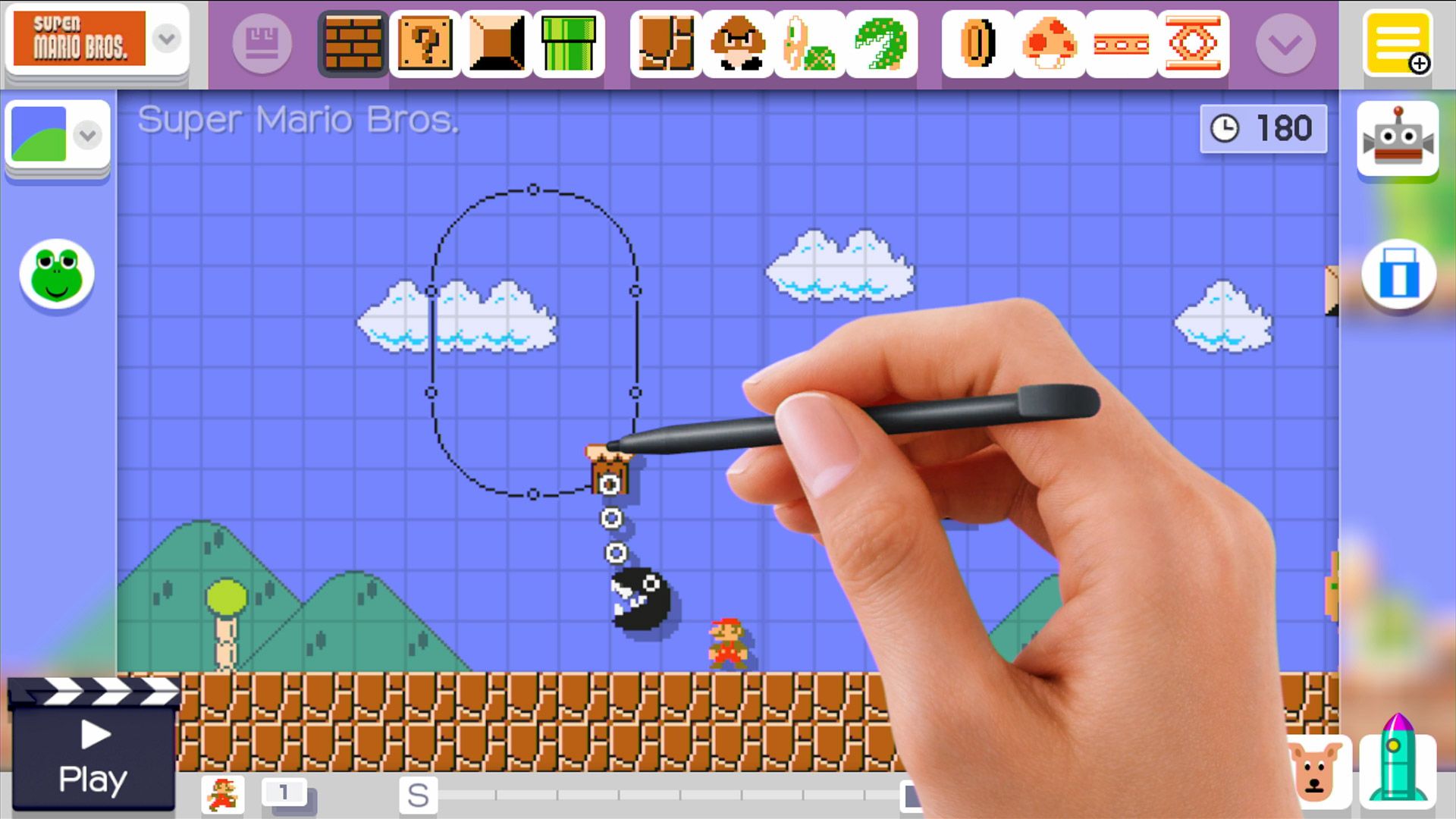 Want to uncover even more Super Mario Maker secrets? Learn how to play a returning favorite minigame from Mario Paint, or unlock CRT Mode and skip the amiibo requirement with a cheat code. See all that and more in our quick overview of Mario Maker extras.

Mario Maker is all about unleashing your creativity on an unsuspecting world. Whether that means trying to replicate the fun levels of your youth or building monstrous abominations only the most masochistic would dare complete. There’s plenty of room for experimentation, and messing around with the many features, items and enemies available can provide unexpected results. Get to know some of Super Mario Maker’s secrets with a little help from The Escapist.

Super Mario Maker is full of secrets, cheats, and unlockable levels. Learn more in each section below.

Making its Mario Paint comeback, the Fly Swatter minigame can be playing in Mario Maker. Instead of a mouse, you’ll need to use the stylus and gamepad touchscreen.

Even the big bad metal fly boss is back.

Originally thought to be a Mario Maker amiibo exclusive, CRT Mode is unlockable for everyone. Press [B+A] while holding down on the D-pad during a level’s loading screen.

Nintendo World Championships returned in 2015 where competitors faced Splatoon, Mario Kart 8, and others. Several unique levels were produced especially for the event in Super Mario Maker — now everyone can enjoy those stages.

After unlocking the championship levels, you get a unique reward for finishing them. The Weird Mushroom becomes available in the Level Creation menu.

Weird Mushrooms are only available in the Super Mario Bros. level palette. Take a Super Mushroom and shake it to get one.

Most players already figured this one out, but it’s possible to get every extra amiibo character in Mario Maker.

Complete enough 100 Mario Challenge rounds to unlock every amiibo costume. Or if you’re impatient, just use your amiibo collection.