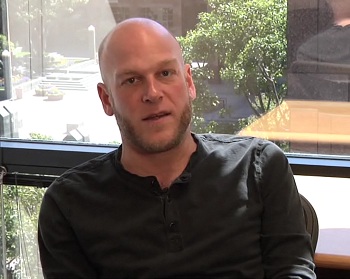 G4, ostensibly the world’s most popular gaming TV network, tends to polarize gamer opinions. According to the network, its online presence is the “most trusted videogame website” (complete with some data to back it up), but bring it up on a forum, and responses will range from entertaining to exploitative to embarrassing. Regardless of personal feelings about G4, however, gamers could always count on one thing: the quick wit and strong opinions of X-Play cohost Adam Sessler. Now, after almost 14 years on the job, Sessler is ready to move on, possibly as a result of a contract dispute and some negative feelings towards his former employer.

Details from both Sessler and G4 are fairly scarce, with both sides simply confirming that Sessler is no longer affiliated with the TV station he helped pioneer. His last episode of X-Play aired today, and now, according to his representative, “Adam intends to stay in front of the camera and continue as a key voice within the games industry.” In addition to a few Hollywood projects, where he will assist both on- and off-camera, “He also sings and is available for weddings and bar mitzvahs.” While Kotaku reports that Sessler likely left due to issues with his G4 contract, no further information is available on his reasons for departure at this time.

Sessler has been involved with G4 in one capacity or another since 1998, back when X-Play was a GameSpot feature called GameSpot TV. If you’ve been following games journalism for any substantial period of time, you’ll probably be familiar with Sessler’s dry, often sardonic sense of humor, his excellent vocabulary, and his knack for talking about games in the same sentence and with as much gravitas as Italian Renaissance art or global economics. His sometimes harsh appraisals of the gaming public rub some fans the wrong way, but he is quick to back up his opinion with facts and encourage respectful dialogues among fans with differing opinions.

Love him or hate him, Sessler is one of the most well-known and experienced games journalists in the business right now, and we almost certainly haven’t seen the last of him. Wherever he goes next, we wish him the best and sincerely hope that G4 fans have stopped giving him a hard time about Killzone 2. If you want evidence that Sessler is out to improve both games journalism and gaming forums, look no further than that video.