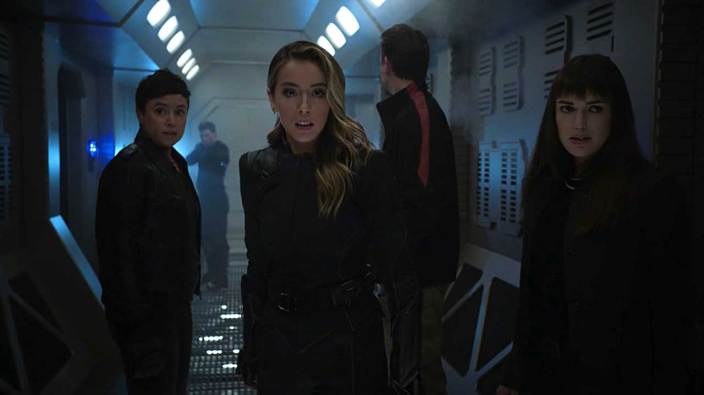 Agent Coulson (or some facsimile thereof) is about to die yet again as Jeph Loeb announced today at SDCC that Marvel’s Agents of S.H.I.E.L.D. season 7 will be its final season.

Loeb says Agents of S.H.I.E.L.D. is being canceled now so that it can go out on its own terms, though it may also have to do with the middling ratings this current season has been getting. It’s not the first time the series, which was the first TV series for the MCU, has been thought dead. The showrunners seemed to anticipate cancellation after the fifth season, writing that season as a conclusion, but Disney and ABC swooped in and renewed it despite the low ratings.

Now, the sixth season of the show is wrapping up after a roller coaster of a story that involved an evil Coulson, space travel, alien casinos, and lizard birds flying into people’s mouths. The seventh season doesn’t have a premiere date yet aside from “next year,” and Loeb is being tight-lipped on any plotlines. He does, however, hint that knowing that this is the final season allows for some leeway in how they create their story:

When you know [the final season is] what you’re doing, you can take greater risks, of life and death. Those kinds of decisions suddenly now are real on the table because you’re not playing how do we undo this when we get to the next season. You’re playing that this is going to be the end of the story.

The show debuted in 2013 and got off to what can only be described as a rocky start, with tropes galore and a plethora of plotting issues. It turned out it was all in the name of setting up a twist ending that helped save the season. Forced integration with the MCU movies and Marvel’s attempt to make Inhumans a thing arguably derailed the second season, and the series has gradually but consistently lost viewership over time. However, the series has rebounded in quality, leaving it to stagger into season 7 with a smattering of die-hard fans

Of course, nothing is ever over in comic books. When asked if this was really the end given the MCU’s time-traveling exploits, Loeb said, “I personally believe that every great Marvel story ends to be continued, but the short answer is, yes, it will conclude in a way that is incredibly emotional and in the best ways. It’s funny, it’s heartbreaking.”