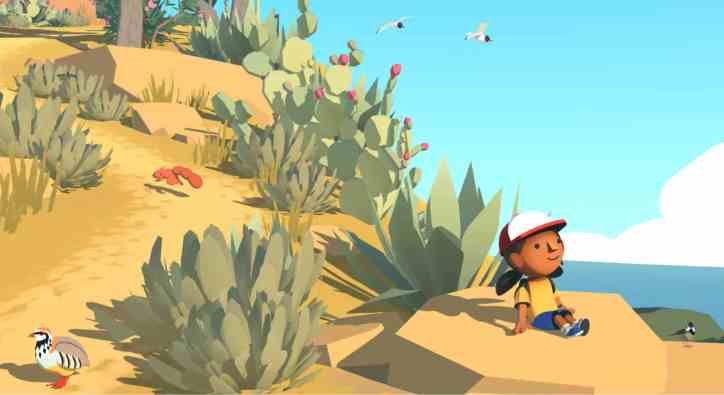 Alba: A Wildlife Adventure is an atmospheric, open-world game from ustwo games, the developer of Monument Valley and Assemble with Care, and it’s coming to PC and Apple Arcade next month. This cutesy adventure title will see players snapping pictures of dozens of animal inhabitants on Steam, iPhone, iPad, Mac, and Apple TV come Dec. 11. There will be plenty of environments to travel through via third-person exploration, but you can take a look at some of what the indie game has to offer in today’s gameplay trailer.

As described on its Steam page, Alba: A Wildlife Adventure sees players filling the shoes of Alba as she takes in the sights of an island paradise with her friend Ines and her “bird nerd” grandfather. Beyond that, ustwo promises handcrafted visuals, more than 60 animals to photograph, and a quest to save the island.

While ustwo says Alba: A Wildlife Adventure is set to arrive on PC and Apple products early next month, the studio only says that console support is “coming soon” and doesn’t list specific platforms.

Alba: A Wildlife Adventure was teased in July, but ustwo has kept fans in the loop since then with various development updates on social media. If you’re unfamiliar with the BAFTA award-winning studio, you may recognize Monument Valley, a serene puzzle game that put its developers on the map back in 2014. Monument Valley 3 was confirmed to be in development in August of 2019.