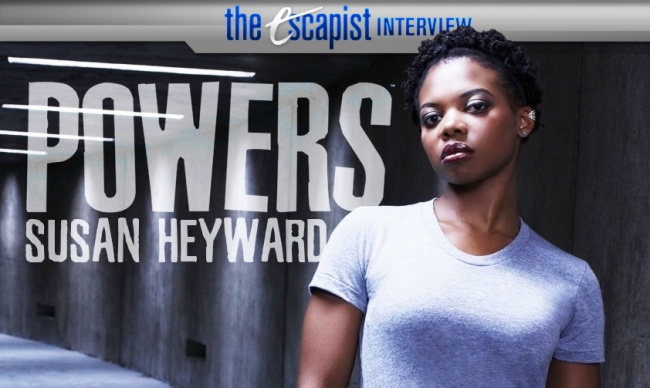 There’s not much in common between Powers and Vinyl. One was developed by Sony as a PlayStation streaming production, the other airs on HBO next year. The first follows human police detectives in a world of superheroes, while the second traces the tumultuous history of 1970s rock music. You’d be hard-pressed to find connecting threads, save for one prominent example – actor Susan Heyward. And when The Escapist spoke with her earlier this week, it became clear Heyward spends a lot of time thinking about what makes each show click for fans of all stripes.

In Powers case, it never hurt that Deena Pilgrim’s role reconnected Heyward to a childhood love of superheroes. “Storm was huge for me from the X-Men,” Heyward said. “Rogue, I loved. Loved her. ‘Cause she was just this kind of badass country girl who would do whatever she wanted … In my adult life I’d actually gone away from graphic novels. I’d pick up a few manga here and there because one of my cousins loves it, but I’d kind of gone on to other reading material.”

As you can imagine, it’s pretty hard to escape the comic book connection to Powers. Originally created by Brian Michael Bendis and Michael Oeming, Powers follows the ordinary police detectives called to investigate superpowered crime. When a superhero shows up at the morgue, or is suspected of committing the deed, Pilgrim and her ex-superhero partner Christian Walker are on the case. The comic series is critically acclaimed, but when Heyward first auditioned for the role, she still wasn’t familiar with the source material. 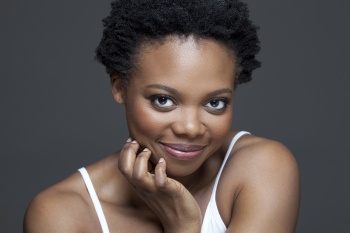 “When it first came out I was like, ‘oh genre cops being superheroes, cool’,” she said. “It wasn’t until I was going through the callback process that I said, ‘There’s something here I think I’m missing, let me go back and make sure I know what I’m doing.’ I fell in love standing in The Strand reading through [Powers] … This whole really cynical kind of sinister point of view on a superhero world that I really, really love.”

That’s not to say playing as Pilgrim wasn’t challenging. Detective Pilgrim is a hard-nosed character in both the comic and show, something Heyward struggled with at times. “There’s some stuff I identified with,” Heyward admitted, “but most of them are things I would kind of mutter under my breath. Deena actually says it out loud, and adds a couple of swear words, and then also adds a gun. So there’s a relentlessness to her, there’s a willingness to jump into a situation and say whatever she feels that I really admire. And even if it gets her in trouble, she’s 100 percent true to herself.”

In fact, Heyward even admitted that Pilgrim is rubbing off on her a bit. “It’s been really liberating … I think I might’ve taken a little bit of it home with me,” she explained. “One of my friends, he calls me the Sledgehammer now because something I’ll say will just kind of come out without thinking about it first. That is a different tone than I’ve had in the past. And Deena would love being called the Sledgehammer.”

Fans can also expect Pilgrim’s determination to be tested in the upcoming storyline. Powers Season 1 ended with Retro Girl’s brutal death, which means Season 2 will depict the formative “Who Killed Retro Girl?” comic book arc. But this time, fans will have a far better understanding of the players and politics involved, including the anti-Power Chaotic Chic movement. “[Pilgrim] and Walker are going to find Retro Girl’s killer no matter what the cost,” Heyward said. “This case is going to challenge all of Deena’s ideas of what she thinks she’s going to do in order to solve the case. Do the ends justify the means? She’s going to be coming up against all those questions … and maybe not quite finding herself the upstanding citizen she thought she was.” 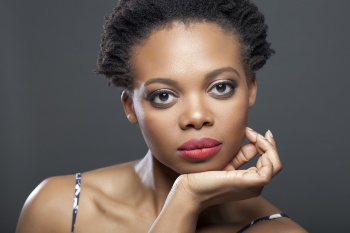 Heyward’s character is also being tested for her Vinyl arc, but in a very different context. The upcoming HBO series depicts the 1970s music industry during the formative years of Rock and Roll. Heyward plays as Cece Matthews, the personal secretary of Richie Finestra (Bobby Cannavale) as their record label attempts to resurrect itself for a new generation.

“She’s like the hands of the mastermind,” Heyward explained. “She creates all of the contracts, she knows what’s going on with all of the artists, so she kind of oils the gears that keep the business running. And so she’s not really on the Rock and Roll side, the emotional chaotic side, she’s more of an enabler of the business. And we get to see her go on a journey where she kind of gets hypnotized by the more glamorous side of the business, and we see how she survives … If she does survive, she’ll never be the same.”

While fans can certainly expect quality from an HBO production, Vinyl is going the extra mile to immerse characters and fans. As a period drama, Vinyl puts a great deal of effort into creating costumes and sets that fully reflect the 70s. But once filming begins, director Martin Scorsese isn’t even on set – he’s in another room watching the cameras. According to Heyward, this combination lets the actors fully sink into their roles without worrying about what’s happening in the peripheral – which can be especially wonderful during the musical numbers.

“I got to be on set while they were shooting one of the live concerts,” Heyward explained. “They got a real-live band, they got backup singers, the lighting was incredible, they hired a whole bunch of extras to be concert goers, and everyone was so invested in making that moment live that it was like magic. And after a while, it was as if you were in a real concert, and everyone was just having a great time, as if we were living it, you know? The camera was just there to catch these moments.” 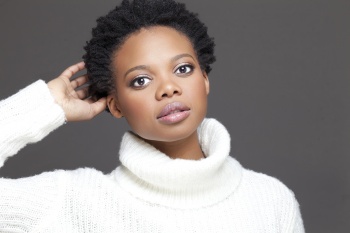 That said, Heyward is excited to see what songs Vinyl might cover in future seasons. “It’s called Vinyl because it’s in that really special time in music where it wasn’t just Rock and Roll. Punk was starting to make its presence known, and there was just so much crashing up against each other.” When I asked which genres she was most hopeful for, Heyward had an immediate answer. “I’m really excited to see what they could show about Hip Hop. What kids were doing in New York at that time was so new and so special, that I hope that really gets a good chunk of time when the story goes forward.”

Of course, working on so many great projects means Heyward doesn’t always have much free time – even this interview was held during her day off. But she remains deeply thankful to her fans, especially those who weren’t certain what to make of a show like Powers at first. “Thank you, thank you, thank you for watching and sticking with us,” she repeated enthusiastically. “I would see online people say, ‘Oh they changed this, they changed that, I don’t know about this, I don’t trust that’. Just thank you for trusting us in finding our way.

“Season 2 is going to be really, really exciting … We learned a lot of lessons in Season 1. So I’m really excited to see what people have to say about it.”

Player Beats Fallout 4 Without Killing Anything