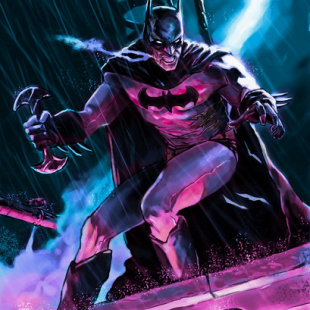 Batman: Arkham Knight released last week and, while many have been playing the and enjoying the game quite happily, there’s plenty of other people who have been less than pleased with how the game turned out and how it’s performing on certain platforms.

Recognizing the disappointment of some of our readers, we decided to team up with our friends over at DeviantArt to track down some of the best Batman fan art on the internet and construct a nice little pick-me-up gallery for beleaguered fans of the Caped Crusader. After all, if there’s anyone up to the task of cheering up gamers, it’s Batman. 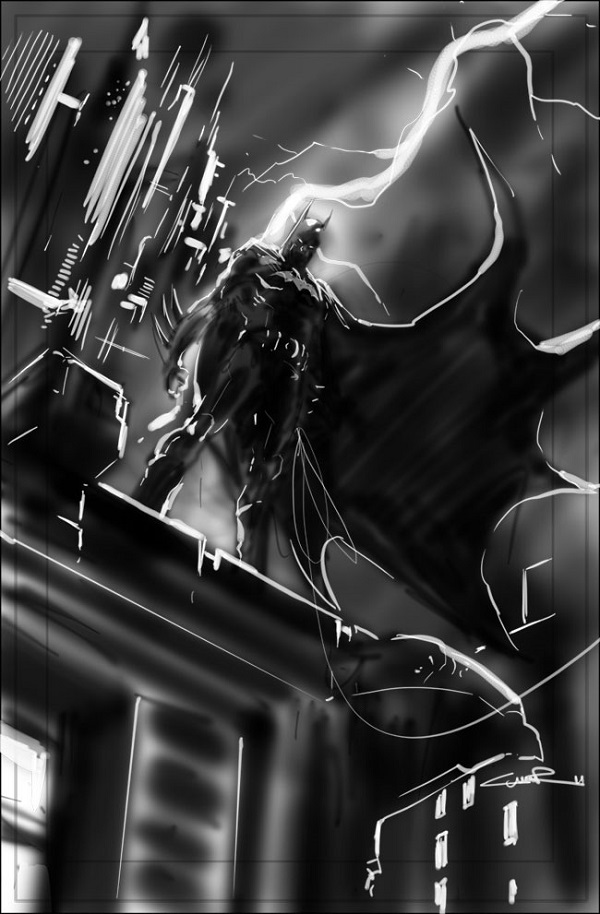 No matter if you’re talking Batman in comics, movies or video games, it’s almost guaranteed that you will, at some point, encounter at least one moment where Batman just stands atop a really tall building, glaring down at the streets below while his cape flaps in the breeze/rain/snow/(insert dramatic weather effect). There’s no practical reason for it. It doesn’t really help him fight crime. The only reason it’s there is because nobody looks more bad ass than Batman when he’s standing on the edge of a building. There’s no denying it. It’s science. 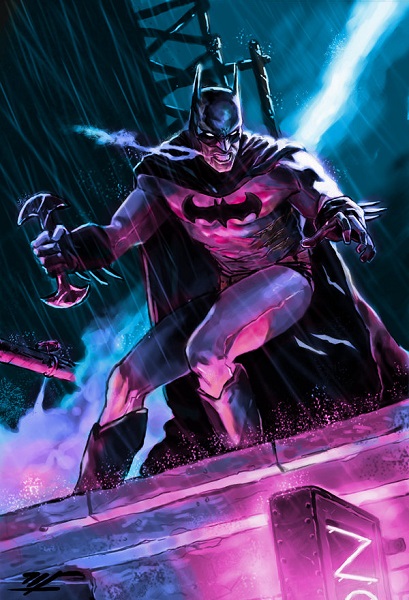 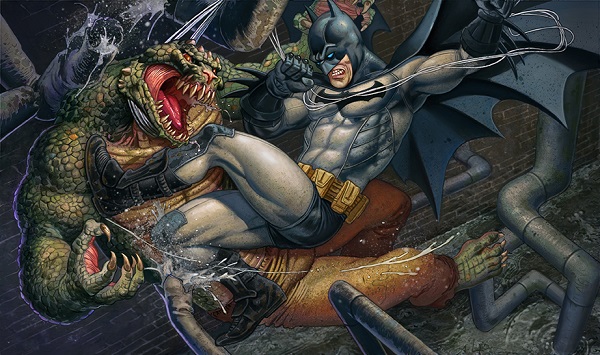 Not that all of Batman’s “swooping down to strike” targets are petty thugs, of course. In fact, more often than not, the the foes he’s attacking hail from the “super” camp of villainy. Killer Croc, for instance, might have the brain power of your common crook, but his gator-like physique definitely earns him a higher position on the bad guy threat scale. 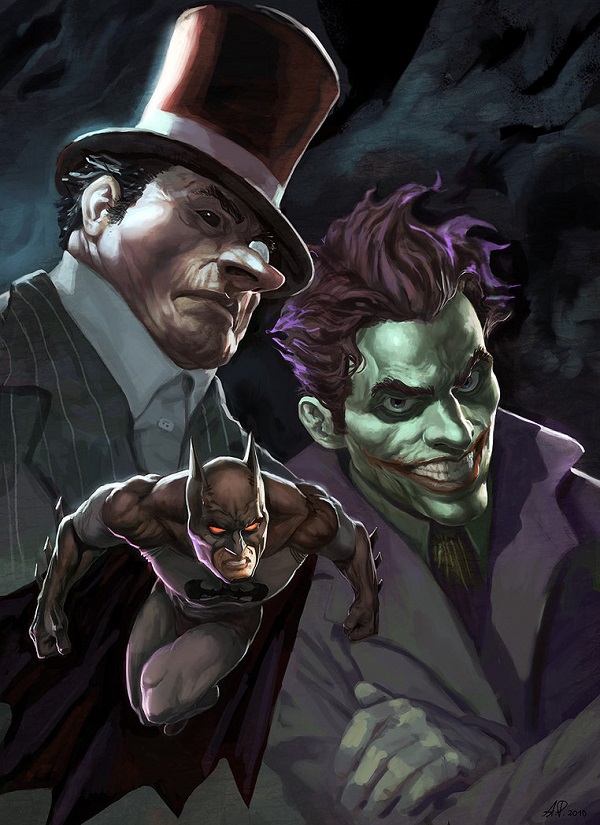 As dangerous Batman’s physical opponents can be however, most everyone knows that his truly dangerous enemies are folks like the Penguin and the Joker. While decidedly different when it comes to their methods of assault, both these baddies can leverage vast resources (both in terms of money and madness) in their personal wars of the Dark Knight. Someone like Croc might be able to throw a hefty punch, but he’ll never be able to compare to a villain who can hit you with well thought out plans and attacks so crazy that you never could have seen them coming. 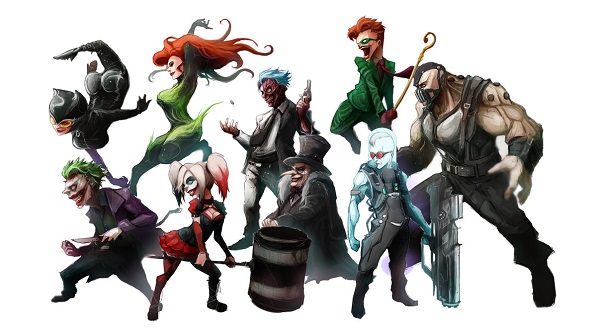 A Bunch of Villains by Alexandr Ka

That’s the great thing about Batman’s rogues gallery overall, though. The villains of Gotham might not all be created equal, but they all possess their own special personal flavor that keep Batman’s adventures from getting too bland or boring. Getting tired of Joker’s comic-tinged insanity? Have a bit of plant-based violence courtesy of Poison Ivy! Sick of her? No worries! Mr. Freeze can step in to help you chill out. “The more the merrier” might be a cliche, but Gotham’s no exception from its truth.

Vengeance and Night by Drake Tsui

Considering the wide breadth of baddies he has to contend with, it only makes sense that Batman would need reinforcements from time to time. Luckily for him, he’s never lacked for sidekicks and protégés. Whether you’re talking Nightwing, Batgirl, Batwoman or, of course, all of the various Robins, there’s rarely a situation that the Caped Crusader has to tackle alone if he really doesn’t want to. Mind you, allying with Batman doesn’t always wind up being a good thing for sidekicks themselves, but hey, we’re sure all of those school-aged children knew what they were getting into. 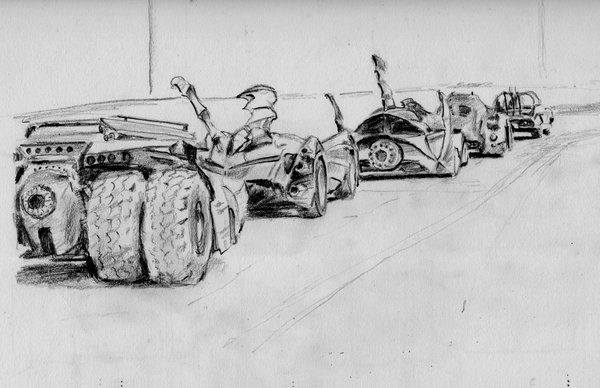 You should also never underestimate the tools that good ol’ Bats can bring to bear when the situation calls for it. While the adding the Batmobile to Batman: Arkham Knight was arguably a mistake on the part of Rocksteady Games, there’s no denying that the various versions of this classic car have been invaluable tools for Batman and his cohorts in the decades since his character was first conceived. 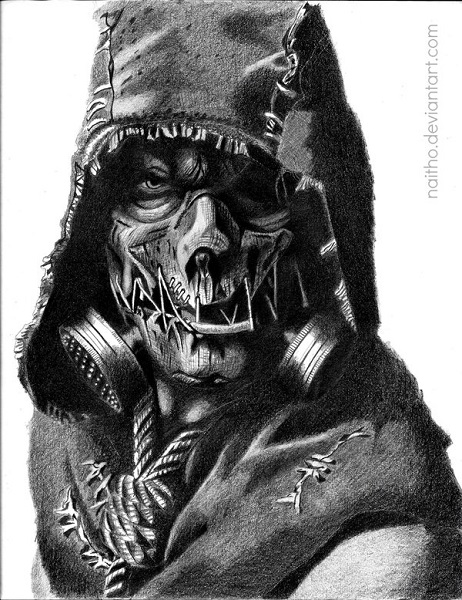 Unfortunately for Batman, there still arise situations where all the hi-tech goodies and friends in the world can’t do much to save you. The Batmobile isn’t much use, for instance, when your enemy can afflict you with fear itself. A standout villain in Batman: Arkham Asylum, the Scarecrow returns in Arkham Knight as one of the chief villains driving the game and plot. 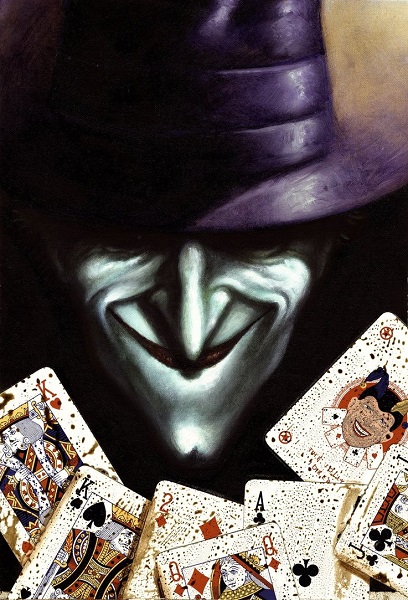 While the Joker is sometimes overused in Batman stories, there’s definitely a reason for it. His chaotic insanity is the perfect counterpoint to Batman’s almost fascist devotion to order. For every effort Bats and his friends make to transform Gotham into a place people don’t need to fear, the Joker is almost always there, ready to counteract their work with his special own unique brand of madness. 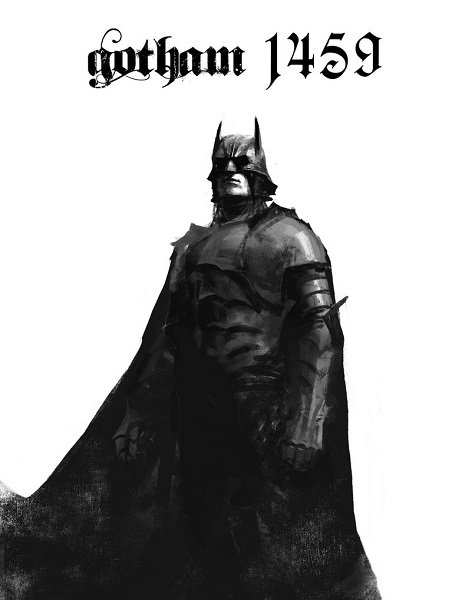 Dark Knight by Igor Kieryluk
And finally, if none of those images cheered you out of your Arkham Knight funk, we present you with Batman as he’d exist as an armored warrior in the year 1459. Why you ask? Silly reader. The question you should be asking is “Why the heck not?”