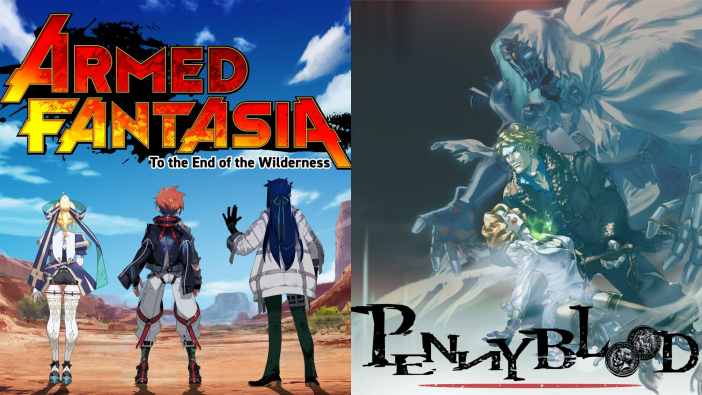 Wild Bunch Productions and Yukikaze have launched the JRPG “Double Kickstarter” for Armed Fantasia: To the End of the Wilderness and Penny Blood, spiritual successors to Wild Arms and Shadow Hearts respectively. The Kickstarter has only been live for a couple hours and has already earned 33% of its $750,000 initial goal as of the time of writing, so it is poised to breeze past that figure and start digging into some stretch goals. Additionally, the Armed Fantasia and Penny Blood Kickstarter video is pretty funny, featuring not just the trailer for each game but also a silly sketch with Shadow Hearts creator Matsuzo Machida in costume.

But if you just want to see the games themselves, you can check out the Kickstarter trailer for Armed Fantasia and the gameplay trailer for Penny Blood below.

Armed Fantasia is a “Westernpunk” JRPG that uses a new Cross Order Tactics battle system, which “combines the strategy of a turn-based system with high(-)octane action to create a unique and tense game experience.” Meanwhile, Penny Blood takes place across the world in the Roaring Twenties, but it’s a world “twisted by cosmic horror, malice and mayhem,” and the Psycho Sigil battle system will combine “classic JRPG turn-based battles with intense real-time action.” You can get a glimpse of both in the above trailers.

As one would expect, the Double Kickstarter for Armed Fantasia and Penny Blood features myriad backer tiers, including to obtain a digital or physical copy of one or both games. Other merchandise offered across the various tiers include signed posters, T-shirts, soundtrack CDs, art books, keychains, vinyl OSTs, and even music boxes and pocket watches. And if you’re really willing to fork up cash, the tiers get more creative, like having your real-life pet inserted into the games for about $3,500. It sounds like this campaign has taken a bit of inspiration from the monstrously successful Bloodstained Kickstarter campaign.

This Double Kickstarter campaign will be live until Friday, September 30.