Last week I again complained about what a mess the term “RPG” is. I can’t think of another genre label that is as badly misused and abused. The meaning of the term is so nebulous that we keep diving the genre into sub-genres and maybe even sub-sub-genres. But some of those – like “Action Role Playing Games” – suffered the same fate as the original term and once again became meaningless. Now, you might think this is just another sad case of genre abuse like Steve Butts talked about earlier this week, but looking back I think this problem existed long before anyone even heard of Baldur’s Gate.

But before we talk about that, let’s go on a long meandering tangent about how we got the term “RPG” in the first place:

It started with wargames. No, not the movie. I’m talking about the hobby. Before nerds spent their time sitting around pretending to be wizards, they spent their time reenacting the American Civil War or the Battle of the Bulge with hex grid maps and many little miniatures. These games were usually hardcore number-crunching simulations and were not designed for the faint of heart. This was a hobby for historians, engineers, and mathematicians. (Not that I would know first-hand. We’re talking about a time period before I was born.) If you played wargames, then you most likely loved thick, detailed rulebooks and odds were better than 1 in 2 that you had a beard.

Then in 1974, Gary Gygax and Dave Arneson (both of whom had beards) adapted this style of play for small-scale battles and blended it with medieval fantasy to make Dungeons & Dragons, the first widely recognizable Role Playing Game. The game began as a very mechanical and number-crunchy beast, but as the hobby grew it spread to a lot of people that were never very interested in the original wargames. These new people dragged the thing in a new direction, making it more character-and-story driven.

Other spinoff and copycat games arose, new rulesets came out, and pretty soon RPGs overshadowed and outpaced wargames in terms of audience and cultural impact. There were a lot of elements to a D&D game:

Character building: Leveling up and acquiring ever more powerful loot. Making all those numbers on your character sheet go up. (Except for armor class, which went down. Look, it was complicated. Don’t get me started.)

Storytelling: Discovering and taking part in an epic tale. Who is the source of evil? The betrayer? Is the prince alive? Can I bang this hot barmaid? Some games were more sophisticated than others about this. 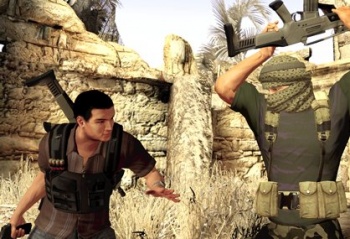 Roleplaying: Defining your character through social interactions. Some people love to enact a person very different from themselves. To adopt an outrageous accent, cobble together a character portrait, and jump into a role with both feet.

Strategy: Using your collection of powers, gear, and abilities to their fullest. Planning your turns and actions in advance to overcome a challenging foe.

Choice: The freedom to act in a simulated world. This is like storytelling, except the player is allowed to steer the story a bit, not simply experience it. It’s really nice to find yourself in a classic movie setup where you can see who the bad guy is and be able to just beat him down yourself instead of impotently shouting advice to the characters on-screen while they blunder into his obvious trap.

But the nature of a specific D&D game can vary a great deal depending on who is running the game and these gameplay aspects will appeal to different types of players. Some people just want to kill stuff and don’t care about story. Some want to play characters, etc. But since every game was run by a person, D&D was able to be all things to all people. If the game wasn’t giving you what you wanted then it was a problem with your DM, not the game.

So then the computer rolled in and people started making videogames out of what they thought were the crucial components of an RPG. Some focused on character building, some on storytelling, some on strategy. And they all called their wildly divergent games “Role Playing Games”. That was over twenty years ago, and the problem has only gotten more complex since then. Now we have new ingredients like “action”, “character customization”, and “massively multiplayer” that further Balkanize the genre. Then on top of that we have all the thematic distinctions like medieval fantasy, cyberpunk, superhero, and so on. Properly labeling a given RPG requires a classification system to rival botany.

I don’t really see any solution for this. I could start calling Torchlight type games “Character Building” games to differentiate from BioWare-style “Storytelling” games and Bethesda style “Exploring” games. I could also just go around calling them “Maurice,” which has about the same chance of catching on. The English language is open source, but submitting your changes is problematic.

What would you name these game types?

Shamus Young is the guy behind Twenty Sided, DM of the Rings, and Stolen Pixels, Shamus Plays, and Spoiler Warning. He’s really busy.

The Week in Review – Portals, Pirates and Paladins