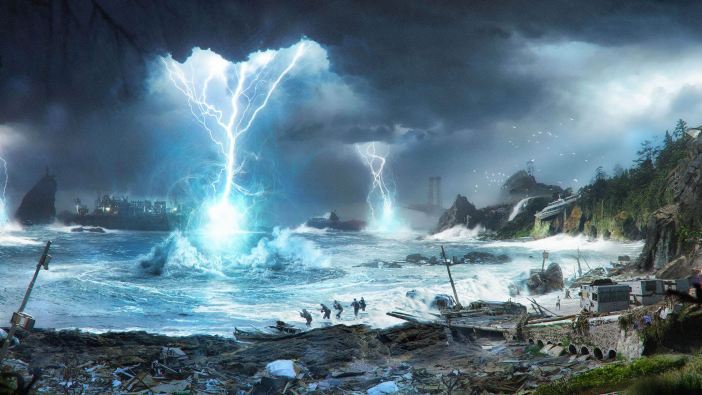 Liithos Entertainment’s debut game Ashfall is a few years away, but the studio is building hype early through TikTok and NFTs. As part of an initial marketing blitz, Liithos has partnered with TikTok stars Michael Le and Slider Jesus for a five-episode miniseries to be hosted on Le’s TikTok account.

Le will play the game’s lead character, Ash Naranjo, on a quest to save his younger brother, Jonathan. Slider Jesus, meanwhile, will use his expertise in costuming and makeup to play the villain. The series will debut on Sunday, January 29, with new episodes coming weekly.

For the week after each episode releases, Liithos will also release NFTs inspired by the episodes and featuring the artwork of established comic book artists including Coran Stone and Fico Ossio. These NFTs will provide hints towards an Ashfall comic series set to launch in March.

Days Gone director John Garvin, who also acts as Vice President of Creative at Liithos, is writing the series. He is working with fellow Days Gone alum Michael Mumbauer, who founded and heads Liithos.

Ahead of the marketing blitz, Garvin told ComicBookMovie.com that the plan is for Ashfall to be a transmedia IP. “I’m trying to create a ‘next-gen’ experience, which to me is more than just the ever-improving technology that drives resolution, frame rate and fidelity,” he said. “To me is (sic) also about transmedia – reaching a wide audience of gamers, readers, viewers by creating a world rich enough that we can do comics, TV, movies, a multiplayer online game, a AAA open-world game, motion comics, digital collectables, and more.”

It’s a novel approach, and time will tell if Ashfall ultimately benefits from these efforts to engage with TikTok, NFTs, and other developing media.

The game itself will take place in a post-apocalyptic open-world set in the Pacific Northwest. Players will take the role of the cybernetically-enhanced Ash as he explores the remnants of the past and fights against mutants and rival factions in an attempt to free the population from oppressive rule.