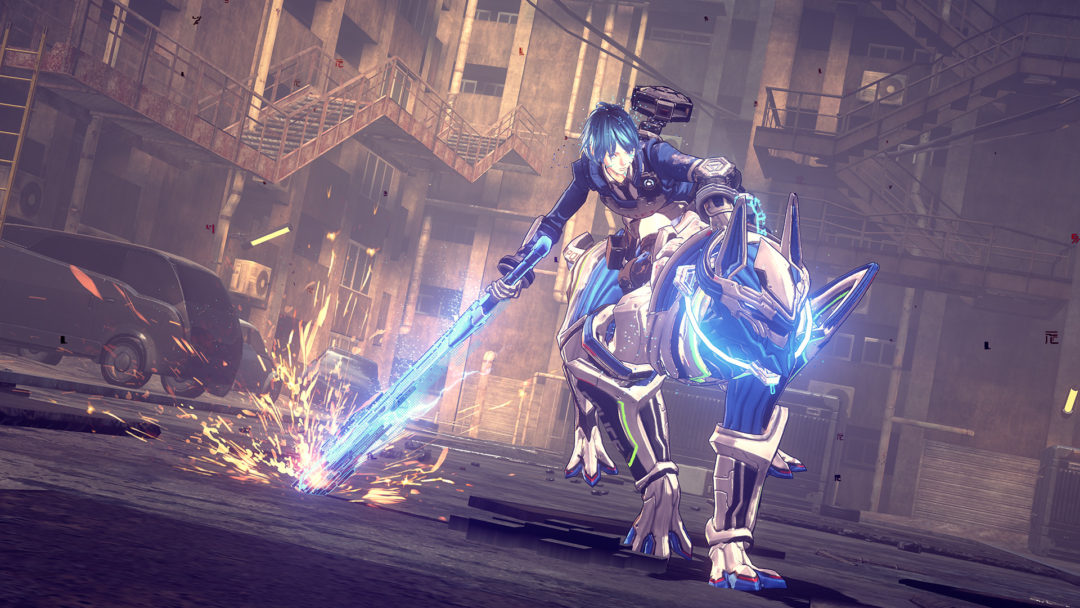 “We didn’t start working on Astral Chain thinking we’d make a cyberpunk game,” Taura told Polygon. “We were actually trying to make a fantasy game where you would use magic. What you see now is the result of talking a lot with Nintendo along through the development process, because we realized that there were lots of other games set in a fantasy setting. We wanted to make Astral Chain stand out among other games. And that’s what you see now.”

Platinum Games’ design philosophy starts with a foundational gameplay or narrative conceit. In the case of Astral Chain, it was the core gameplay mechanic of being able to control two characters simultaneously. The developers then added Astral Chain’s manga inspirations and decided to set the game in a police precinct.

“The first thing that we started with, when developing this game, was the character customization system,” Taura said. “We wanted the player to feel like they are, or that they could become, the police officer. We wanted an experience where the player, as a police officer, is doing the very daily things. Collecting aluminum cans, finding toilets, buying products from machines as well. That way they could become immersed within the world of the game.”

Astral Chain’s narrative was built to complement the gameplay. As a rookie cop, you fight interdimensional demons known as chimera by wielding a Legion, captured chimera repurposed as weapons that are similar to Pokemon. The story and game design appear to work cohesively from there.

“Earlier on in the story, when the player first gets the Legion, the player and Legion operate as two separate things,” Taura said. “But as the story progresses, since the player and the Legion are synchronized together, they begin to fight as one.”

A fittingly concrete tale for a game developed from a simple idea. Astral Chain releases for the Nintendo Switch on Aug. 30.