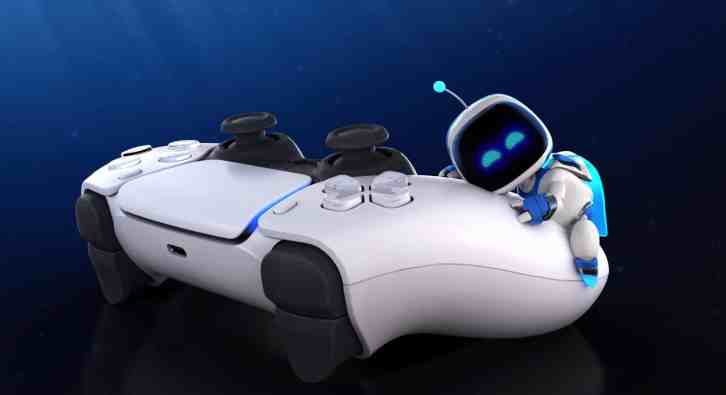 Summer Game Fest has given us our latest and most in-depth look at the PlayStation 5’s DualSense controller. The Game Awards and Summer Game Fest lead Geoff Keighley went hands-on with the device today, making sure to show off some gameplay along the way. For the presentation, Keighley played around with Astro’s Playroom, an introduction game that comes pre-installed on every PlayStation 5 to help acclimate players to how the DualSense feels. Obviously watching the footage below isn’t quite the same as using the controller for yourself, but seeing the DualSense in action for the first time remains exciting, regardless.

Many of the features Keighley described have been detailed in the past, such as haptic feedback and adaptive triggers. However, we also got to see other new additions through Astro’s Playroom, such as a Nintendo DS-like feature that reacts to players blowing into the controller to progress through specific challenges. For those wondering about the weight of the controller, Keighley says that the DualSense is a little heavier than its DualShock 4 counterpart.

Today’s presentation also featured an interview with the senior vice president of marketing at PlayStation, Eric Lempel. Lempel touched on more than the DualSense, discussing assorted PlayStation 5 details in general. On the topic of when the console will be available to preorder, Lempel acknowledged recent rumors of an impending ability to preorder but just said Sony will “let you know” when the option to do so goes live.

We’ve seen little of the DualSense since it first debuted in April, with our most recent glimpses coming during the full PlayStation 5 reveal in June. This most recent presentation confirmed speculation that Sony’s next-gen console would divert from tradition with mostly white hardware, matching the controller itself.

We’re months away from the target holiday launch window for the PlayStation 5. Sony has yet to reveal a specific date, but you’ll be able to get your hands on the DualSense before the year is out.