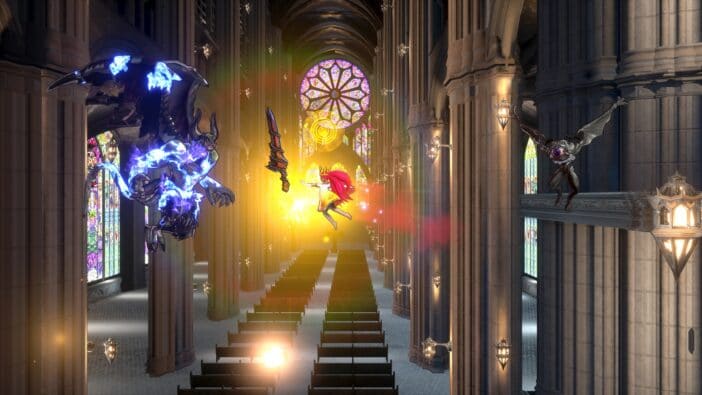 In the most bizarre and untimely collaboration in recent memory, Bloodstained: Ritual of the Night will add Child of Light protagonist Aurora as a new playable character tomorrow, March 31. For those who could use a refresher, Bloodstained is a 2019 Metroidvania from ArtPlay and former Castlevania steward Koji Igarashi, whereas Child of Light is a 2014 sidescrolling turn-based RPG from Ubisoft. Each game is terrific on its own merits, but it’s fair to say the two don’t have a lot in common.

Bloodstained: Ritual of the Night has been receiving a steady stream of substantial, free updates ever since launch, though there have been some delays along the way. Child of Light, meanwhile, received a re-release on Stadia back in October 2021. If you combine these two thoughts, it’s possible that Aurora from Child of Light was originally meant to join Bloodstained last year to coincide with the Stadia release. In any case, Aurora is a cool free addition.

In Bloodstained, Aurora will use the Sword of Matildis and be accompanied by the wisp Igniculus. She can also spend MP to use the directional Light Ray skill to damage enemies. Igniculus can act on his own to slow down enemies or heal Aurora as well. Johannes will help Aurora transmute treasure from chests to increase her power, but Aurora will also age after defeating certain bosses, which will grant her new and stronger abilities. And lastly, Aurora will absorb Shards from defeated enemies as she travels. As publisher 505 Games explains, “The Grade of each ability can be improved by collecting more shards of the same type and, with the help of Johannes, you can level up the Rank.”

Aurora from Child of Light arrives in Bloodstained: Ritual of the Night on all platforms tomorrow except Nintendo Switch, where she will arrive at a later date. A sequel to Bloodstained is also in development.