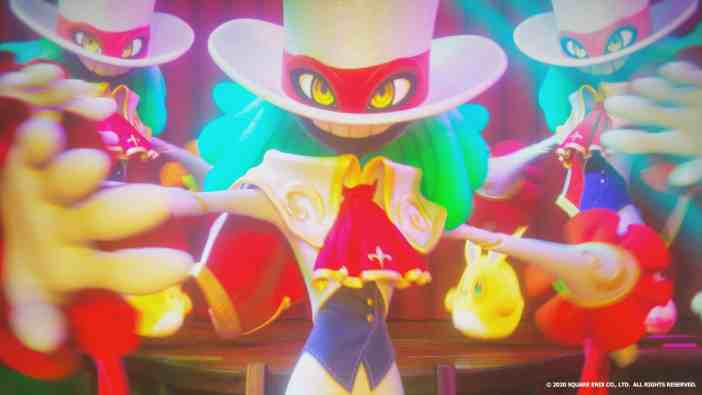 Square Enix and its new in-house developer Balan Company have released a new “Spectacle” trailer for Balan Wonderworld. The game is an action platformer directed by Yuji Naka, who was the lead programmer for the original Sonic the Hedgehog games, with art design by Naoto Ohshima, who designed Sonic. The new trailer shows off several different costumes, as well as bosses.

In the Japanese version, Kenichi Suzumura voices the narrator, as well as the maestro, Balan, who leads the two main characters, Emma Cole and Leo Craig, throughout Wonderworld. The pair will receive costumes that have special abilities that will either help with traversal or battle. Balan Wonderworld will have over 80 costumes to choose from.

Some of the costumes shown are the Spin Wolf, Happy Blaster, Water Shooter, Pumpkin Puncher, Muscle Bull, Octupus Painter, Spider Head, and more. There’s also a montage of the various abilities these costumes possess. For example, Spider Head can climb large spiderwebs placed in levels in order to navigate.

Other currently unnamed costumes are featured too, like a locomotive one that grants the power to run on railroads and a yeti-like costume that can freeze enemies in place.

Balan Wonderworld was announced back on July 23 and is scheduled to release on March 26, 2021 for PC, PlayStation 4, PlayStation 5, Nintendo Switch, Xbox One, and Xbox Series X | S.