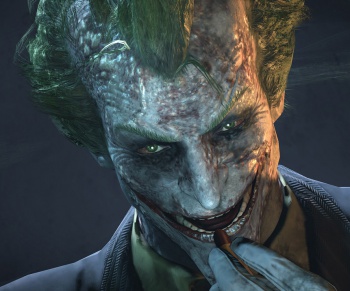 Batman: Arkham Knight‘s villain line-up won’t be featuring The Joker – he’s already had plenty of time in the spotlight.

Batman and the Joker have one of the most iconic rivalries in history, but it is getting a bit over-saturated. After serving as the main antagonist for all three Arkham games, the Joker will be sitting Arkham Knight out. Batman still has plenty of enemies to take his place, but the Joker’s absence will definitely be felt – in fact, it’s a critical part of the story. Beware, spoilers for Arkham City and very small spoilers for Arkham Knight lay ahead.

Anyone who finished Arkham City should understand why Joker isn’t coming back this time around. Still, anything can happen in the realm of comics – a lot of people suspected that Batman’s arch-nemesis would make a surprise return somehow, even wondering if he’s the man behind the mask of the big new villain, the Arkham Knight. Well, don’t worry – there won’t be any shenanigans from the writers; the Joker’s gone and he’s not coming back. And that has some very interesting repercussions for Gotham.

In Arkham Knight, Batman has defeated his sizable rogues’ gallery, and without the Joker’s constant mischief, petty crime is at an all-time low. The bad guys are desperate, and for the first time they’re willing to join forces and put aside their individual agendas – or at least, hide them from each other – to take down the Bat once and for all. The Joker’s chaotic influence was always a pain, but without him to disrupt this plan, Batman is facing an organized, rational alliance of supervillains. Until they start the backstabbing, presumably.

So who’s behind all this if not the Joker – who is the Arkham Knight? It could be a new character, but it’s a perfect setup for a twist reveal. The smart money is on Prometheus or Azrael, though I’m pulling for the charmingly British pair of Batman fanboys, Knight and Squire.