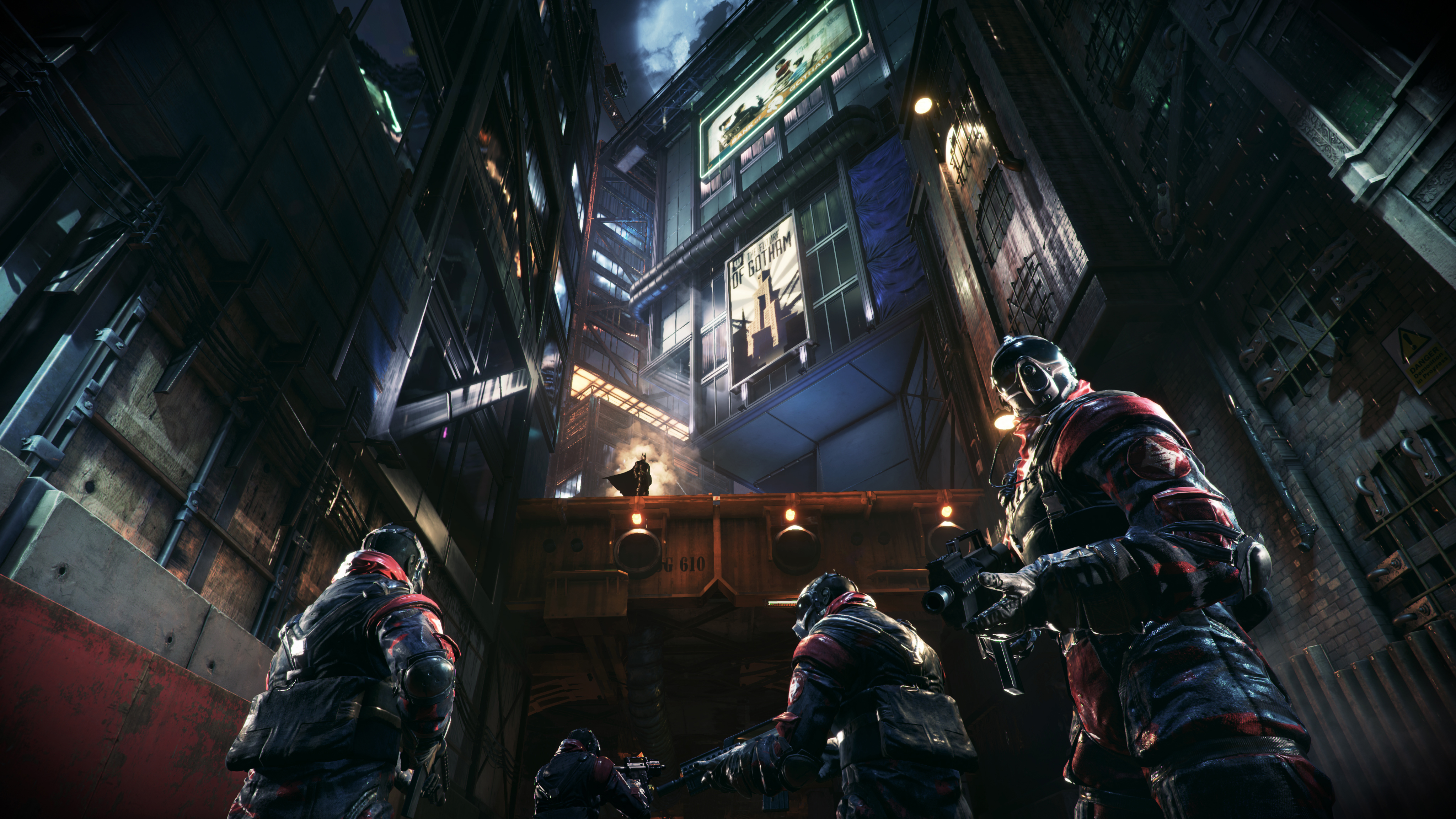 Now that ‘Season of Infamy’ is out and the Batman: Arkham Knight Season Pass is complete, truly dedicated Dark Knights can unlock one final costume for the Caped Crusader — but only if you manage to get a 240% completion score.

How do you even get 240% completion? It isn’t exactly easy, but it doesn’t really require most of the new DLC. All you need is the ‘Season of Infamy’ expansion and a ton of time on your hands. The gold-emblem costume isn’t particularly special, or shiny, but at least there’s something for all your hard work solving hundreds of Riddler puzzles.

There are so many gadgets in Batman’s latest outing, two aren’t even required. These optional extra gadgets can be acquired (almost) any time during the main story. Learn all about it; check out the
Arkham Knight Optional Gadget Locations Guide to grab the REC Gun and the Freeze Blast grenade.

What do you get for 240%? The ‘Batsuit v8.05 – Prestige Edition’ — it’s a variant of Batman’s upgraded Arkham Knight suit with a shiny gold chest emblem.

There are no achievements, trophies, or other in-game notifications to congratulate the player on a 200% completion. It isn’t even required to unlock the Platinum Trophy on Playstation 4. The new shiny suit is included with the ‘Season of Infamy’ download and the developers at Rocksteady have kept quiet on this secret suit inclusion.

To get it, you’ll need to earn a total of 240% completion. This requires:

For a total of 240%. That means you’ll need to complete every ‘Most Wanted’ Mission, find every Riddler Trophy, and complete the main story TWICE — and finish the ‘Season of Infamy’ expansion twice, too.