Batman has a complex relationship with his allies. In the comics Batman has numerous crimfighting friends that are all grouped under the somewhat nebulous title of “Bat-family”: Robin, Bat Girl Batwoman, Nightwing, and Catwoman are the big names everyone recognizes, but the full list of heroes is filled with interesting, funny, and obscure names. But even this list understates the complexity of the relationships. Apparently there have been five people operating under the name “Robin”, five different Batgirls, plus some spinoff variant characters like Red Robin, Red Hood, and Spoiler. 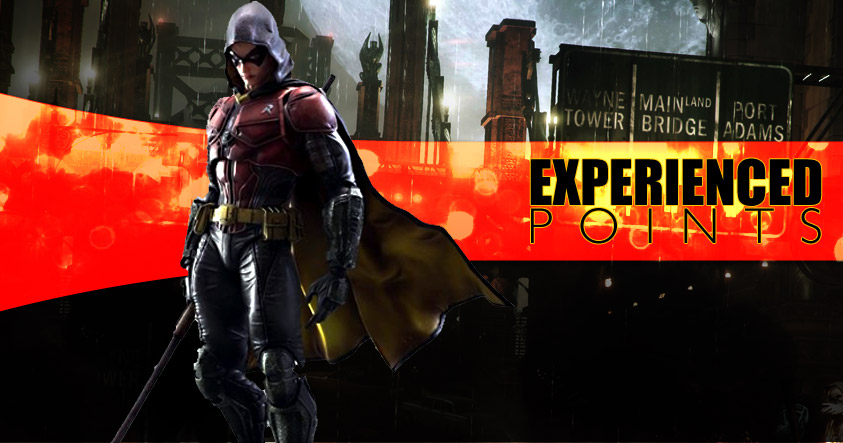 But in the movies and the videogames (we’re just talking about Arkham here) it’s not nearly so simple. Writers seem to prefer the loner take on Batman. From a storytelling perspective, this seems a little backwards. In an animated medium, we need other characters for Batman to talk to so he can explain what he’s thinking and doing. The Arkham games handle this by having him call Alfred or Oracle once in a while and simply explain to them what he’s planning, so that the person holding the controller knows what they’re supposed to be trying to accomplish. But in comics we have narration boxes and thought bubbles that can tell us anything we need to know, without Batman needing to say a word.

I’m sure part of this is because Bat-family characters (and Robin in particular) do not have a good reputation among general audiences. People remember the cornball antics of 60’s Batman live-action series, or they remember the disaster of Batman and Robin, and they assume that all stories with Bat-family characters will naturally be campy and cheap. They don’t read comics and they have no idea how the team dynamic is “supposed” to work. They have no frame of reference, so they just assume Robin and friends are wrong for modern audiences. This line of thinking even applies to people choosing what sorts of Bat-products get made: Executives, publishers, and movie directors. And while we’re at it, it also includes me from four years ago.

The first Arkham game seemed to follow this line of thinking. Robin doesn’t appear in any form, and without any in-game cues to work with, I naturally just assumed this was a version of Batman’s universe where Robin didn’t exist. So I was really unhappy in Arkham City (the second game) when Robin entered the story out of nowhere and offered to help. I started shaking my head at the screen. I did not want this kid hanging around, getting in my way, and clogging up my Batman fantasy with goofy teen angst. I was relieved when Batman told Robin to go away and that he could handle things himself. It didn’t make a lot of sense in the story (Batman really did need help, and there was no good reason to get rid of Robin) but I was glad to be rid of him because I assumed he’d ruin the tone of the story and get in the way of the brawling mechanics.

Then last month Batman: Arkham Knight opened my eyes to the truth: Robin wouldn’t hinder the Arkham gameplay, he would perfect it. 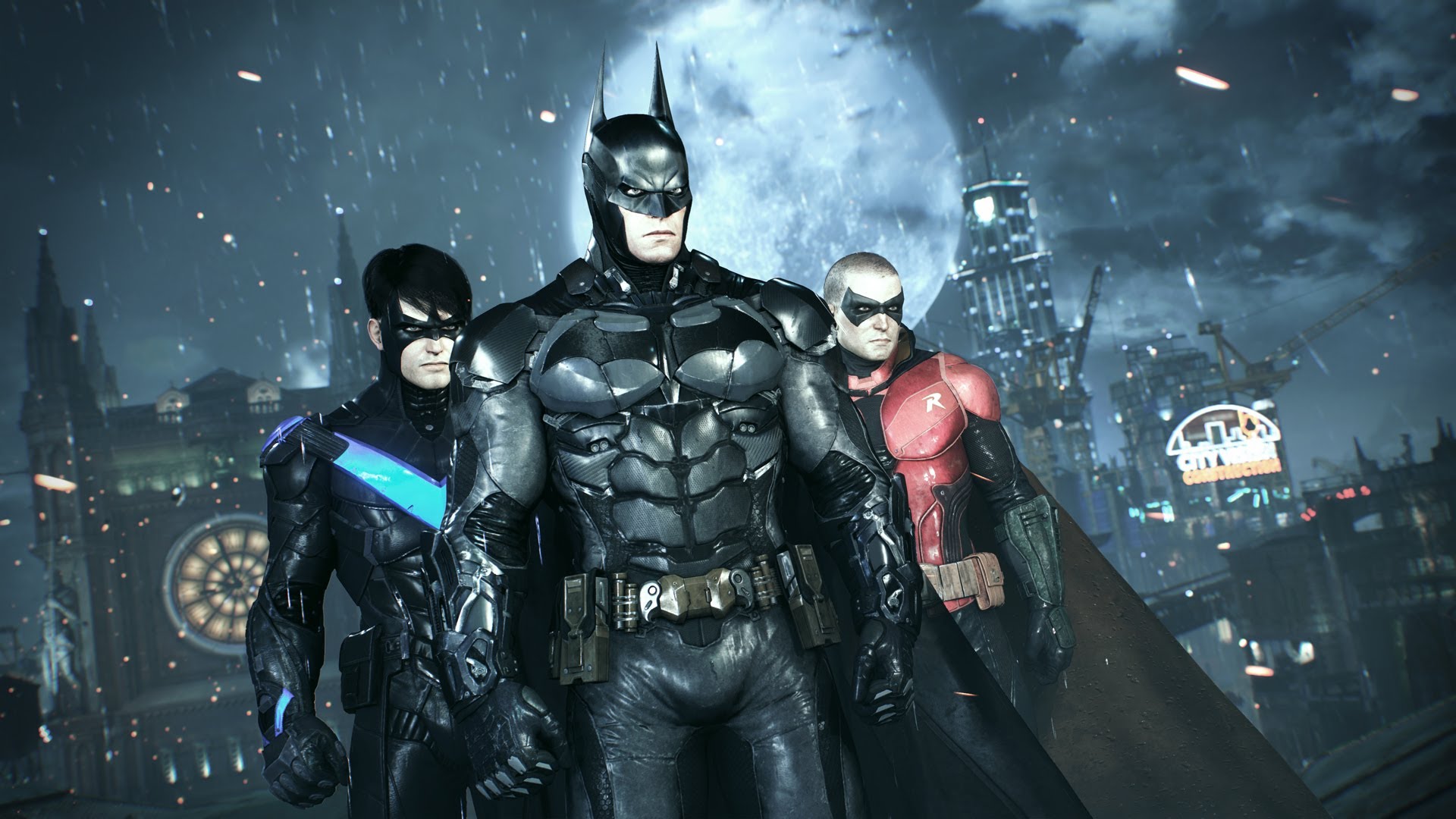 In Arkham Knight, there are two sub-plots in the game where you team up with allies. One has Batman paired with Catwoman, and the other teams him up with Nightwing. (Who is the original Robin, and a different person from the current Robin. It’s complicated.) This is where the game really shines. Last month I ranted at how the Batmobile is an obnoxious and dissonant feature that smothers the core mechanics. Some people pointed out that, “This is the third game, and they needed to do something new.” I agree, and I think these team fights should have been it. The whole game would have been much stronger if they swapped the two features and made the team fights part of the core game, and left the Batmobile in the optional sidequests.

Having a partner around gives Batman a sounding board without the need for him to constantly phone up Oracle and Alfred every couple of minutes, like a clingy kid calling his parents from camp. Instead, he can talk to someone who is directly involved with the fight, not someone on the other side of the city who can’t even see what he’s doing. The sidekick gets to crack some jokes at the expense of the bad guys, which is something Batman can’t do since he’s got that Bat-stick up his butt.

But most importantly: These team fights are delightful fun. It’s the normal Arkham brawling mechanics with a twist: Once you defeat a few guys, you can do a team combo. Batman will throw a foe into the air and Nightwing will intercept the hapless goon and give him a pummeling. Then you seamlessly exit the maneuver in control of Nightwing. Fill up the special meter again and do another team takedown, and the same thing will happen again, ending with your control returning to Batman. The sidekick character (Nightwing or Catwoman) has their own set of moves and their own quirks that add another layer of variety to the fights.

The game even manages to work a bit of characterization to the fights. The heroes call out to each other during a team combo, and so we get some character banter mid-fight. Nightwing is always joking about Batman getting old, Catwoman is playfully sassy, and Batman is all business. This makes the game less stiff and modal. You’re no longer switching between “talking mode” and “fighting mode”. The two are blended together in a way that makes this feel like an action scene you might see in one of the animated Batman shows. The team fights in Arkham Knight feel like the rough draft for a larger and more ambitious way to blend our combat with our storytelling.

Without spoiling the end of Arkham Knight: It’s pretty clear that developer Rocksteady isn’t going to continue with the current formula of Batman doing everything himself and leaving Robin behind to clean the Batcave. They’ve called Arkham Knight the end of their “Trilogy”, which hints that whatever happens in the world of Bat-games, it’s time for something new. I really hope that “something” is based around the team-ups we see in Arkham Knight. It’s smart, it’s fun, and it fits the source material a lot better than driving around Gotham in a tank.