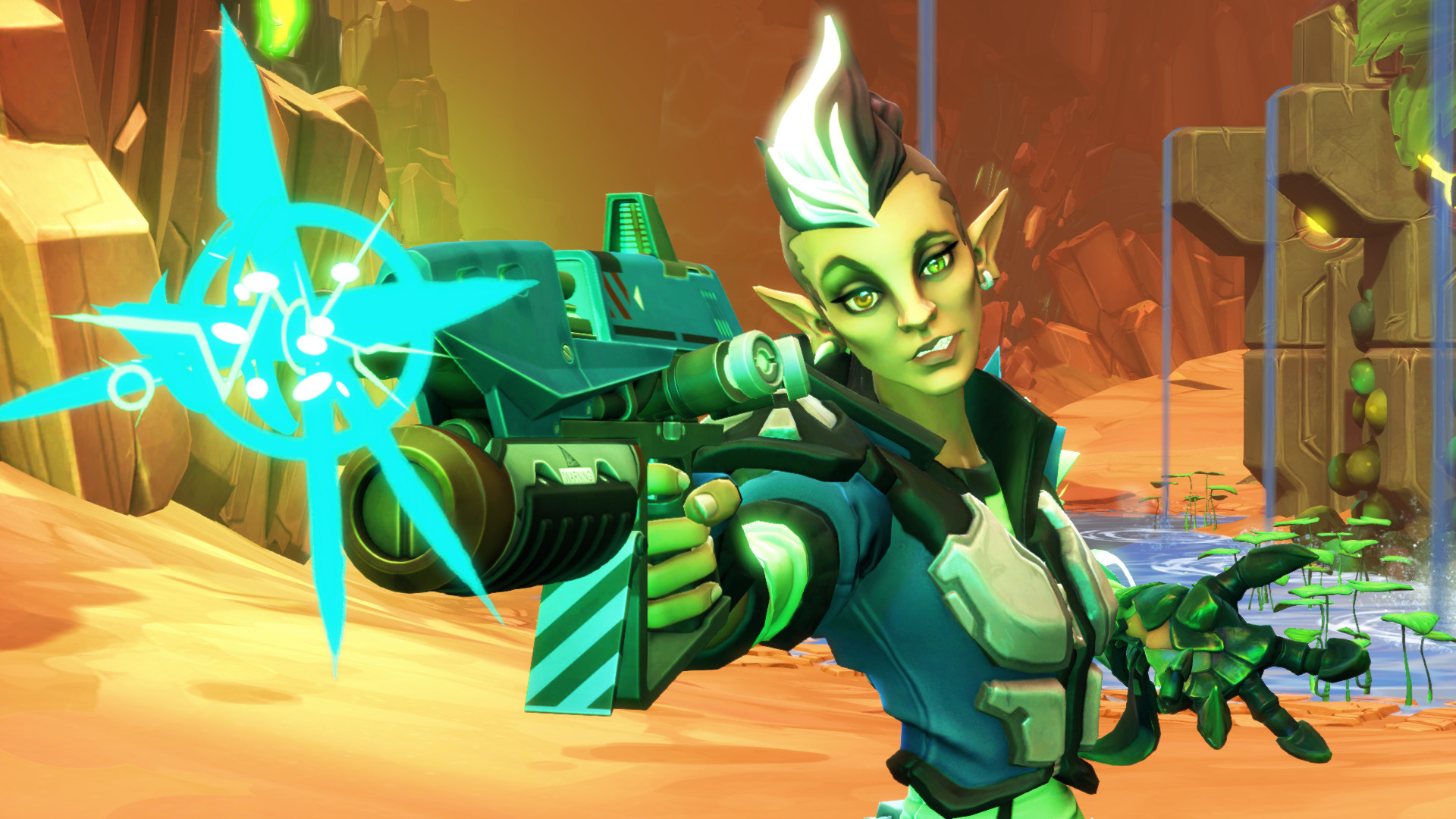 The Eldrid faction take a back-to-nature approach to combat with fantasy-themed heroes, like the elvish Thorn or elemental Kelvin creature. If you’re more interested in magic than technology, this faction might have a character for you.

Scroll down for our Eldrid faction gallery, with a complete overview of each character’s powers, skills, and passives in one image each. Below the gallery, you’ll find biographies detailing backstories and goals that add flavor to the hero’s journey.

A naturalistic order of observers and scientists, charged with the stewardship of the natural order of the cosmos. Long ago, the reach of the legendary Eldrid spanned entire galaxies — but as the stars themselves have faded into darkness, so too has the might of this ancient faction. As all eyes turn to Solus, what remains of the Eldrid are grappling with their place in a darkening universe as they rally in defense of the Last Star.

There are many strange beings in Solus, but the ice golem Kelvin is definitely one of the strangest — a single consciousness emerging from a colony of extremophilic microorganisms. Rescued by Miko, Kelvin now fights for the Eldrid to preserve what’s left of the cosmos.

Born as a refugee, Mellka was raised and trained among an aggressive Eldrid commando group known as the Vigilant. Proficient at several combat styles, but prefers exotic weaponry such as her biologically-active Eldrid gauntlet, now permanently fused with her left hand.

The last surviving bud of a planet-spanning fungal colony, the otherworldly Miko is regarded as a capable “combat botanist”, healing and protecting its allies while hurling poison-tipped kunai at pretty much everything else.

Boldur the Unbearable is a gruff, axe-wielding native of Ekkunar who has survived the last two millennia through sheer stubbornness. Tough as a gnarled root, the Ekkuni dwarf carries only a rune-forged axe and shield into battle against any foe who dares land their dropship in his front yard.

Teshka Elessamorn-nicknamed “Thorn” for her short temper-was the last child born to her homeworld before the Varelsi claimed it. Armed with her longbow, Kreshek, she now ranges the wilds of Ekkunar, fueled by her own boundless fury.