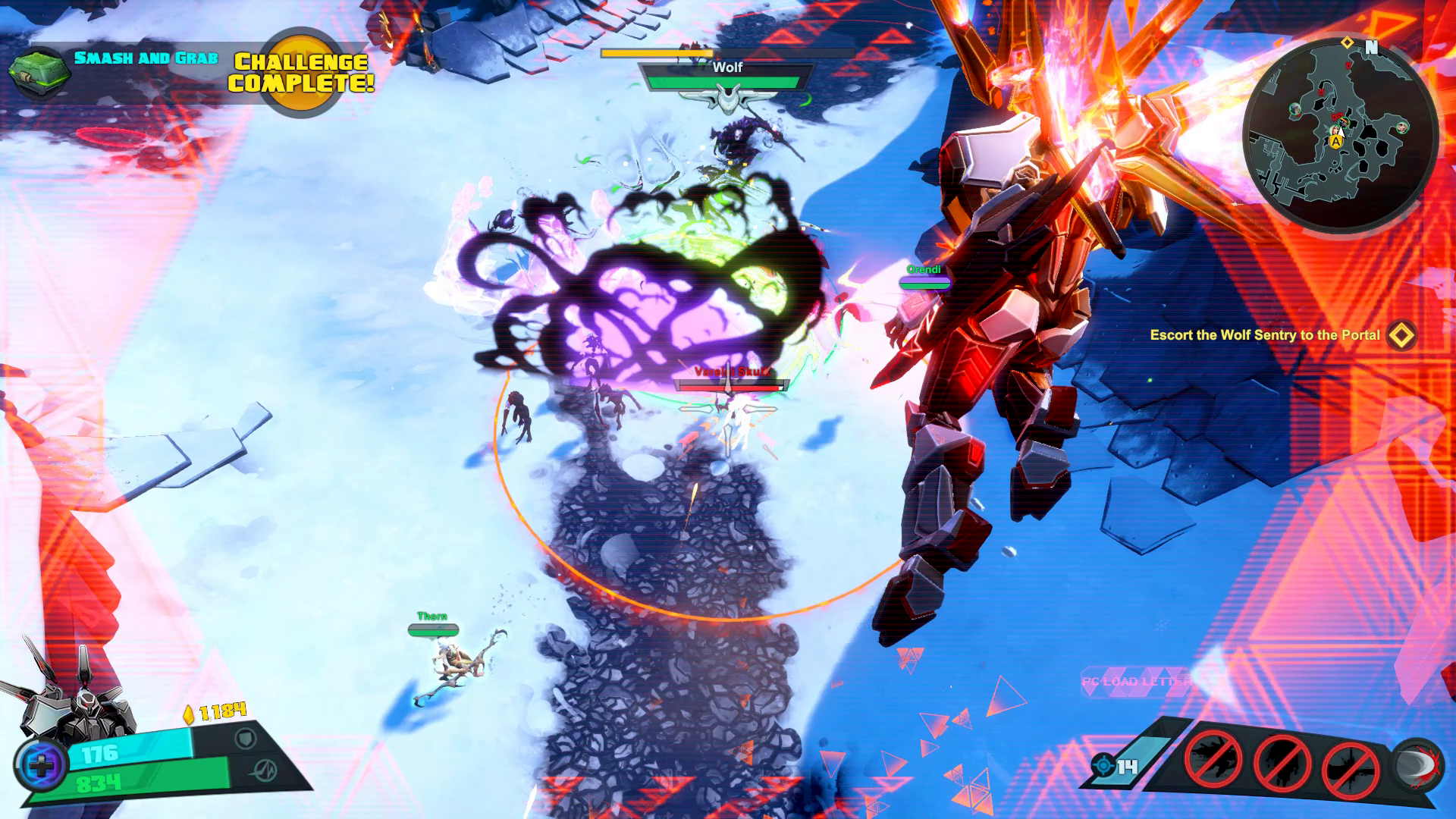 The war-like and aristocratic Jennerit Imperium stomp all over the galaxy with fascist flair. Don’t worry, the Jennerit are still the good guys, even if they look more menacing than most of the other factions. They’re all about support and attack, fighting with brutal efficiency. Check out all five red heroes in the galley below.

Scroll down for our Jennerit faction gallery, with a complete overview of each character’s powers, skills, and passives in one image each. Below the gallery, you’ll find biographies detailing backstories and goals that add flavor to the hero’s journey.

The mighty Jennerit Imperium once led the fight against the Varelsi, forging alliances with the other factions to save the stars from the void. But in a desperate turn to spare his people from the darkness, the warlord Lothar Rendain staged a coup to seize control of the Imperium, and aligned its destiny with that of the Varelsi. Though the Jennerit have lost much in their struggle, they remain one of the strongest military forces in Solus.

Before Deande spearheaded the Jennerit rebellion, she was the Spymaster of the Jennerit Imperium, and one of Rendain’s closest advisors. Swift, stealthy, and exceptionally lethal, Deande is one of the deadliest assassins the Imperium has ever produced.

Ambra long served within the Jennerit Silent Sisters – priestesses who weaved secrets of the stars into prolonged life called “Sustainment”. Betrayed by Rendain, Ambra now fights with the Battleborn, healing her allies and devastating foes with localized solar anomalies.

Brutal, efficient, and deeply devoted to the art of combat, Verod Rath once served as elite guard to the Jennerit Empress, Lenore. He utilizes three energy blades to devastate his foes in close-quarters engagements. Not a vampire, though he gets that a lot.

A born leader arisen from within the ranks of the lowborn Jennerit Thralls, Attikus was forever changed when his Imperium overseers implanted shard-powered tech throughout his body. He now fights to overthrow Rendain, beat back the Varelsi, and save his people.