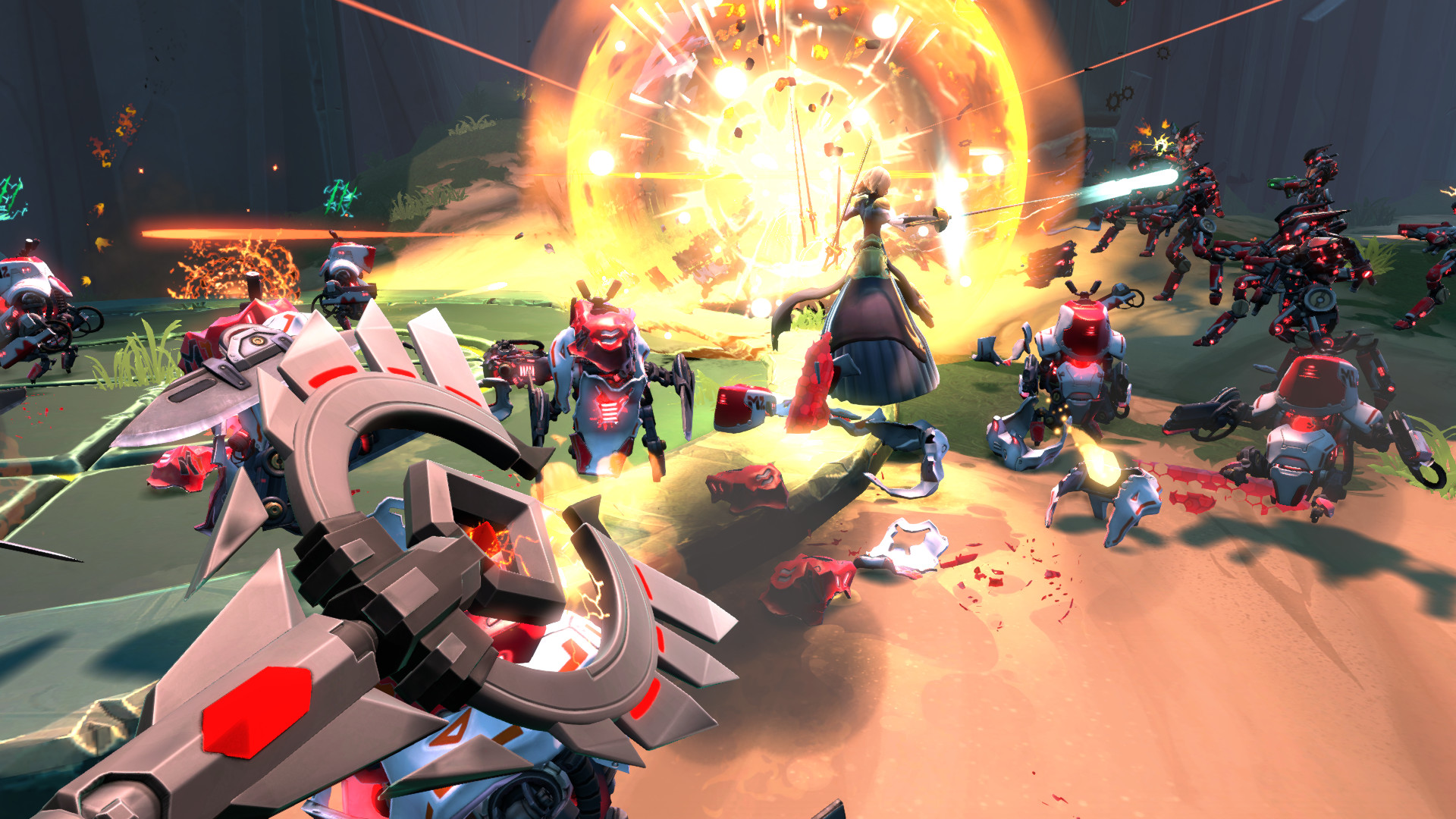 When the intergalactic corporate overlords decide to become their own faction, you get the Last Light Consortium. This assortment of automatons, mechanists and CEOs are all about robotics and advanced weaponry. They’re also pretty dapper in their fancy suits.

Scroll down for our LLC faction gallery, with a complete overview of each character’s powers, skills, and passives in one image each. Below the gallery, you’ll find biographies detailing backstories and goals that add flavor to the hero’s journey.

The mostly-cybernetic LLC is the greatest economic power left in the universe, defined by a relentless pursuit of profit, no matter the cost. Once a constituent body of the United Peacekeeping Republics, the LLC abandoned the coalition when it became clear that principles and purpose did little to contribute to the bottom line. Owns and operates Minion Robotics, the largest weapons manufacturer still standing.

Once the lead manufacturing Magnus of Minion Robotics, ISIC abandoned his post to crash reality itself through the application of unthinkably complex code. Though debugged by Kleese, this Magnus is still regarded as among the most nihilistic and terrifying of the Battleborn.

Class. Sophistication. Insanity. Formerly butler to Phoebe, Marquis d’Caliber was driven mad by a sudden loss of connection to the LLC’s governing AI. Now, this high-society sociopath wreaks havoc on the unwashed masses in his endless pursuit of profit.

Counted among the LLC’s greatest engineers, Phoebe Elizabeth Audelia Hemsworth IV utilizes powerful technology to move swiftly about the battlefield, and an array of five telekinetically-suspended swords to annihilate her foes.

Following his dismissal as director of Minion Robotics, the cantankerous Kleese now serves as Nova’s chief science officer and mad-scientist-in-residence. Abhors away missions but relishes opportunities to test his tech, such as his “Battle Throne”.

Francesco Drake ruled the LLC’s professional wrestling circuit as El Dragon until his last match, when the renegade magnus ISIC claimed his title… and his arms. Fit with cybernetic replacements, El Dragon now fights for the Battleborn, patiently awaiting a rematch against his greatest foe.