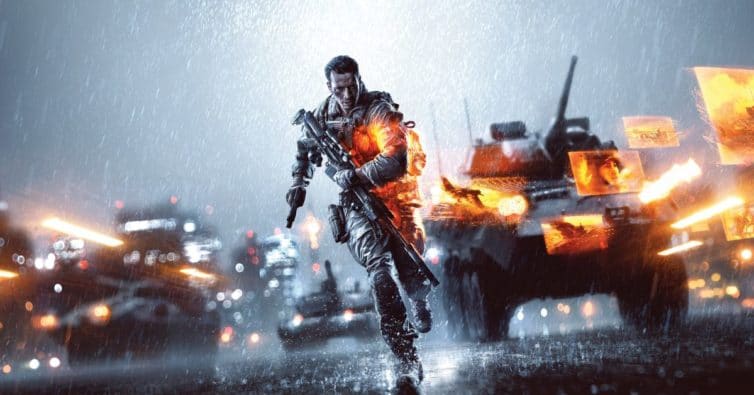 Several Battlefield teasers have appeared online amidst rumors that the next entry will be titled Battlefield 2042. EA and DICE published these enigmatic “all systems offline” teasers all over the franchise’s official social media accounts today. These first teasers don’t offer much, giving fans little more than unintelligible video to grasp on to.

However, the official Xbox account followed up the posts by moving the loading progress forward to 20 percent, suggesting that the next Battlefield could feature some sort of collaboration with Microsoft. A collaboration with Xbox is not confirmed, but the two posts are fishy at least.

Things get even weirder if you head over to play previous Battlefield games. For example, Lossy on Twitter spotted the same garbled video when starting Battlefield V, and journalist Jeff Gerstmann saw similar weirdness on that game’s store page (via VGC).

Can’t decide if this is just some bad attempt at viral marketing for the Battlefield reveal or if someone broke something. pic.twitter.com/8QTPgvZ36q

Meanwhile, a leak on Reddit suggests that the next Battlefield game will be titled Battlefield 2042, which The Escapist believes to be accurate, per sources. That would place the game 21 years in the future and 100 years after the events of Battlefield 1942. Though Battlefield 2042 would push players into the future just a bit, it doesn’t sound like it would feature the same technology we saw in the far-off future setting of Battlefield 2142.

Today’s news precedes the official Battlefield announcement event taking place this Wednesday at 7 a.m. PT / 10 a.m. ET. Reports have long stated that this next iteration in EA and DICE’s large-scale multiplayer war franchise features a modern setting, and although much about the cryptic next entry is unknown, all official marketing does seem to point in that direction.