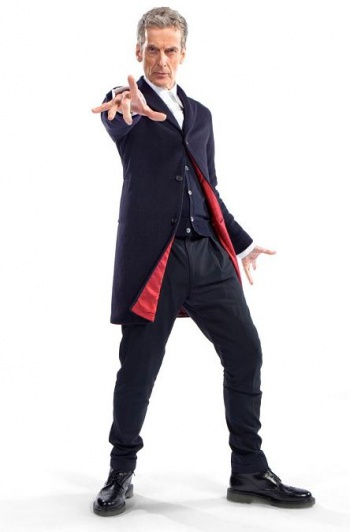 Steven Moffat may be leaving Doctor Who after Season 10, but the BBC still wants Peter Capaldi to stick around.

Doctor Who won’t be getting its tenth series until 2017, but the show is already abuzz with rumors that it could be Peter Capaldi’s last. How exactly that will turn out is a matter of speculation, but Capaldi himself revealed one detail: BBC wants the Twelfth Doctor to stick around. The television producer has made Capaldi an offer to continue the series with new showrunner Chris Chibnall, although he has yet to make a final decision.

“I’ve been asked to stay on,” Capaldi told Radio Times, “but it’s such a long time before I have to make that decision.

“Steven’s been absolutely wonderful, so I love working with him. Chris is fantastic, and I think he’s a hugely talented guy. I don’t know where the show’s gonna go then. I don’t know. I have to make up my mind, and I haven’t yet.”

Word that Capaldi might regenerate his Doctor began circulating after executive producer Steven Moffat announced he was stepping down in 2017. Capaldi leaving in such circumstances wouldn’t be unprecedented – David Tennant did the same when Russell T Davies left after four seasons. If Capaldi were to sign on for an 11th season, he would become the longest-running modern version of the Doctor since the series relaunched in 2005.

Since Doctor Who is taking a break this year (outside of a 2016 Christmas special), there’s certainly no rush for Capaldi to make a decision. It certainly would be easier to keep the Twelfth Doctor around, as it would mean Chibnall could base his series around established notions on how the character operates. But Capaldi wouldn’t have to make a choice until Series 10’s production was well underway, and a lot could happen in the interim to influence his decision.

Not that the choice will be an easy one. “As Steven will tell you,” Capaldi said, “it’s very difficult to say goodbye.”