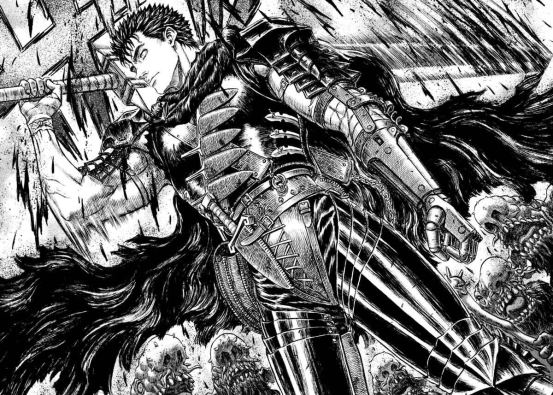 More than a year after master manga artist and Berserk creator Kentaro Miura passed away, publisher Hakusensha has announced that Berserk will return to production and complete its story. Miura’s art studio, Studio Gaga, will continue to create the Berserk manga, but it will be supervised by Miura’s best friend, fellow manga artist Kouji Mori.

As a social media post from Hakusensha explains, Mori is the only person in the world with a full and intimate understanding of what Miura had planned for the end of Berserk, because Miura had spent decades casually discussing potential plot details with Mori and gathering his feedback. Between Mori and Studio Gaga, there is literally no one else as fit to complete the story of Berserk. So all things considered, this is the best-case scenario for those who were hoping to see a proper conclusion to Berserk.

Moving forward, the Berserk manga will be credited as, “Original work by Kentaro Miura, Manga by Studio Gaga, Supervised by Kouji Mori.” The Fantasia story arc will conclude in six more chapters, followed by the start of a new story arc.

Kouji Mori has promised to be as extremely faithful to the vision of Kentaro Miura as possible in bringing Berserk to completion, stating, among other things:

He went on to conclude: “Many of you may not be fully satisfied with the Berserk written without Miura, but we hope everyone’s thoughts will be with us. We ask you for your continued support.” To get an idea of how close Mori and Miura were, Mori created a one-shot manga about their friendship after Miura’s passing.

I honestly teared up at this news, because this was exactly what I had been hoping for. However, one must respect the perspective of those who feel the story should have ended with Miura’s passing. In any case, Berserk will continue on June 24 in Young Animal. It is auspicious timing, as Yoshihiro Togashi recently announced that Hunter x Hunter is finally continuing as well.