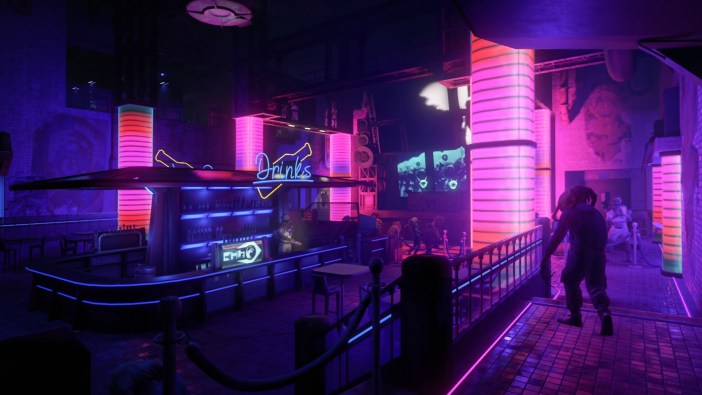 Nearly three years since its release, Half-Life: Alyx has become not only the gold standard for VR gaming, but arguably the gold standard for VR community content. Even before Valve released the official modding tools in May 2020, the community was creating some incredible work, such as the prize-winning Overcharge mod. But it is arguably the inclusion of the jaw-dropping trailer for Levitation during last summer’s PC Gaming Show that provided the first mainstream demonstration that the Alyx modding scene can compete with the best VR has to offer. As such, it is a good time to take stock of these Half-Life: Alyx mods and pick out a few of the best.

At the time of writing, the Steam Workshop page for Alyx boasts over 1,400 mods, ranging from new assets to completely new campaigns and game types. I won’t pretend to have played them all. However, I’ve spent a good chunk of my time over the last couple of months going through what the Workshop tags as “HL:A Campaign-like” and similar. These are mods that more or less loosely resemble the structure, gameplay mix, and feel of Valve’s Half-Life: Alyx campaign. In other words, they tend to combine significant elements of story and exploration with combat.

This list of “best” Half-Life: Alyx mods isn’t in any way definitive. These are my personal favorites, based on the style of gameplay I enjoy the most in VR. But the list should offer a solid lineup of content for anyone wanting to get more out of Alyx once the credits roll on that ending.

The Best Story and Exploration Half-Life: Alyx Mods to Date 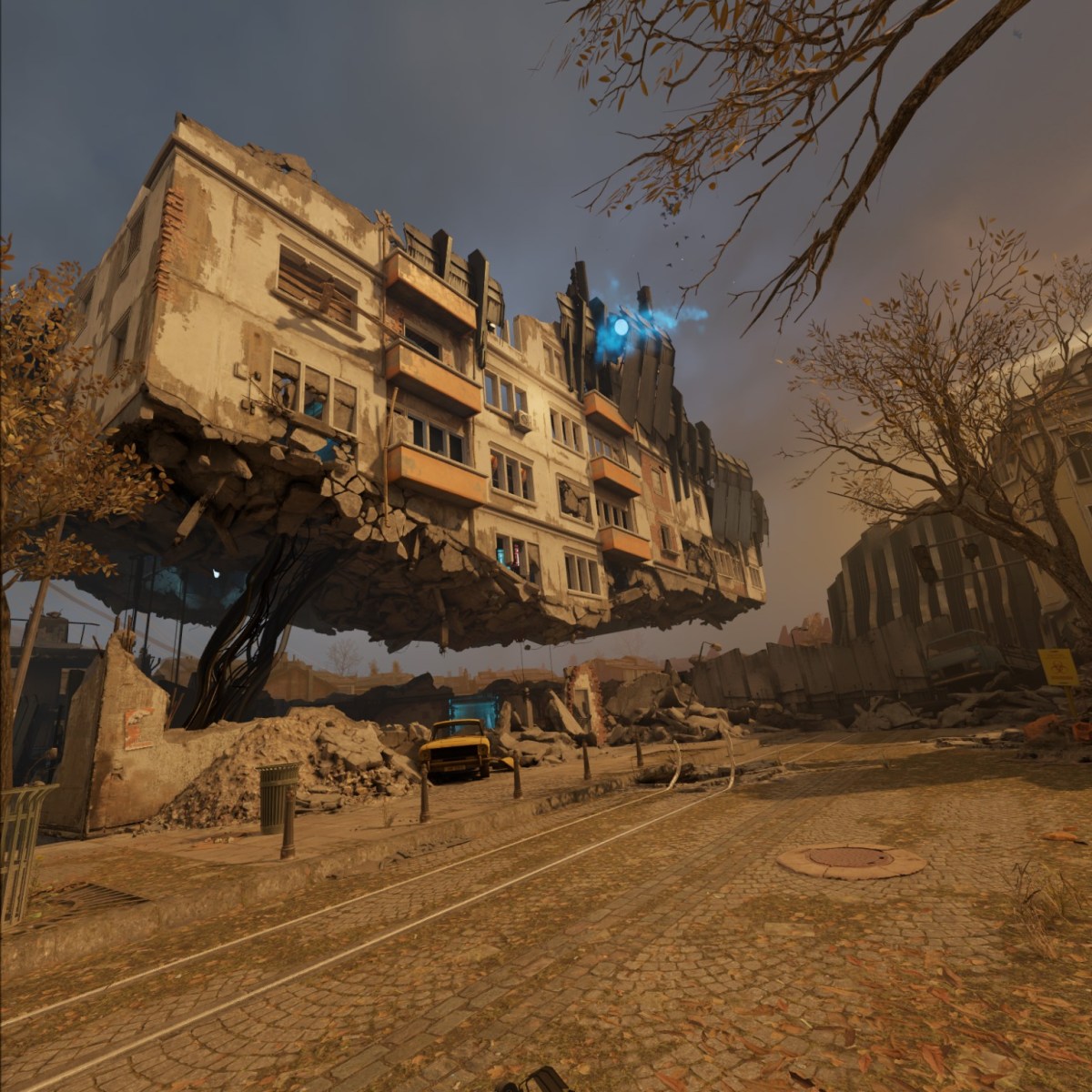 Levitation attempts to give Alyx a sequel that’s similar in structure and content to the Half-Life episodes. It is officially billed as three to four hours in length, though it took me around six hours to complete on Normal difficulty, (I’m a sucker for rooting through dilapidated Eastern European cupboards.) and it follows Alyx as she tries to catch up with two resistance members whose signal has gone dark in the so-called Sector X.

The only things that make apparent this is a mod are occasional performance issues (especially during a moving train section), some am-dram voice acting, and a few frustrating difficulty spikes. In all other respects, Levitation feels like it could have been made by Valve. Many Alyx mods compromise on duration or on their attention to detail — environments don’t have quite enough clutter, employ low-res backgrounds that are a little too obvious, or use bespoke assets that don’t quite work with the rest of the game. Levitation has none of these issues; the production values and attention to detail are staggering, and the mod builds to a satisfying conclusion that riffs on the gameplay mechanics seen at the end of Half-Life: Alyx. 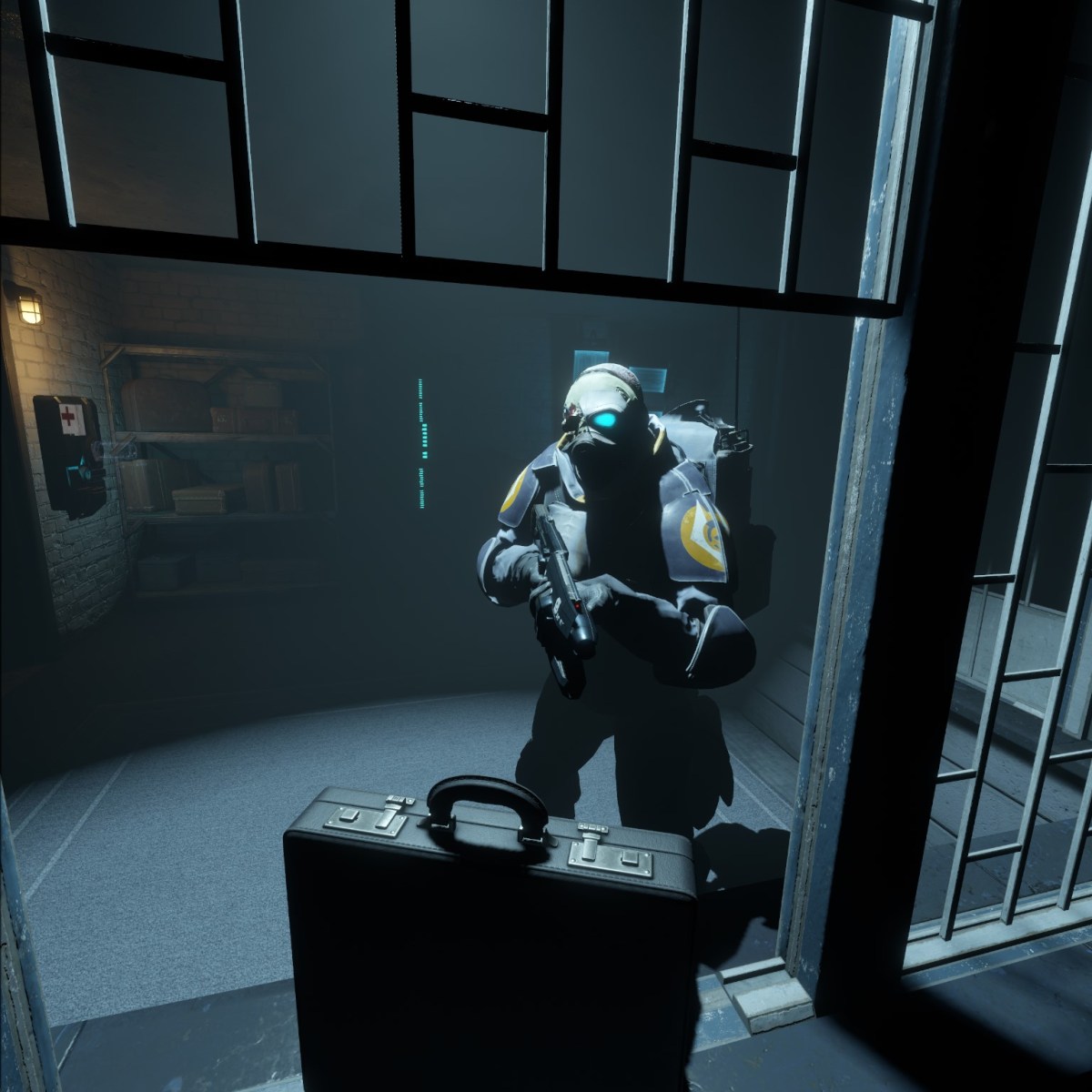 If you only have an hour to spare, then The Undertow is arguably the best story and exploration Half-Life: Alyx mod you can play. It is exceptionally polished, with lovingly crafted bespoke assets, some inspired set pieces, (You will probably remember the Alice in Wonderland dream sequence, but spare a thought for the John Wick-style shootout in the titular bar.) and a breezy sense of pace. The story revolves around a certain familiar-looking briefcase that Alyx is tasked with delivering to a rogue Combine faction, brilliantly scripted and voiced.

Where Levitation might be criticized for sticking a little too close to the beats of the original Alyx campaign, The Undertow offers some genuine surprises. An eye scanner puzzle with a surprise… twist, perhaps? 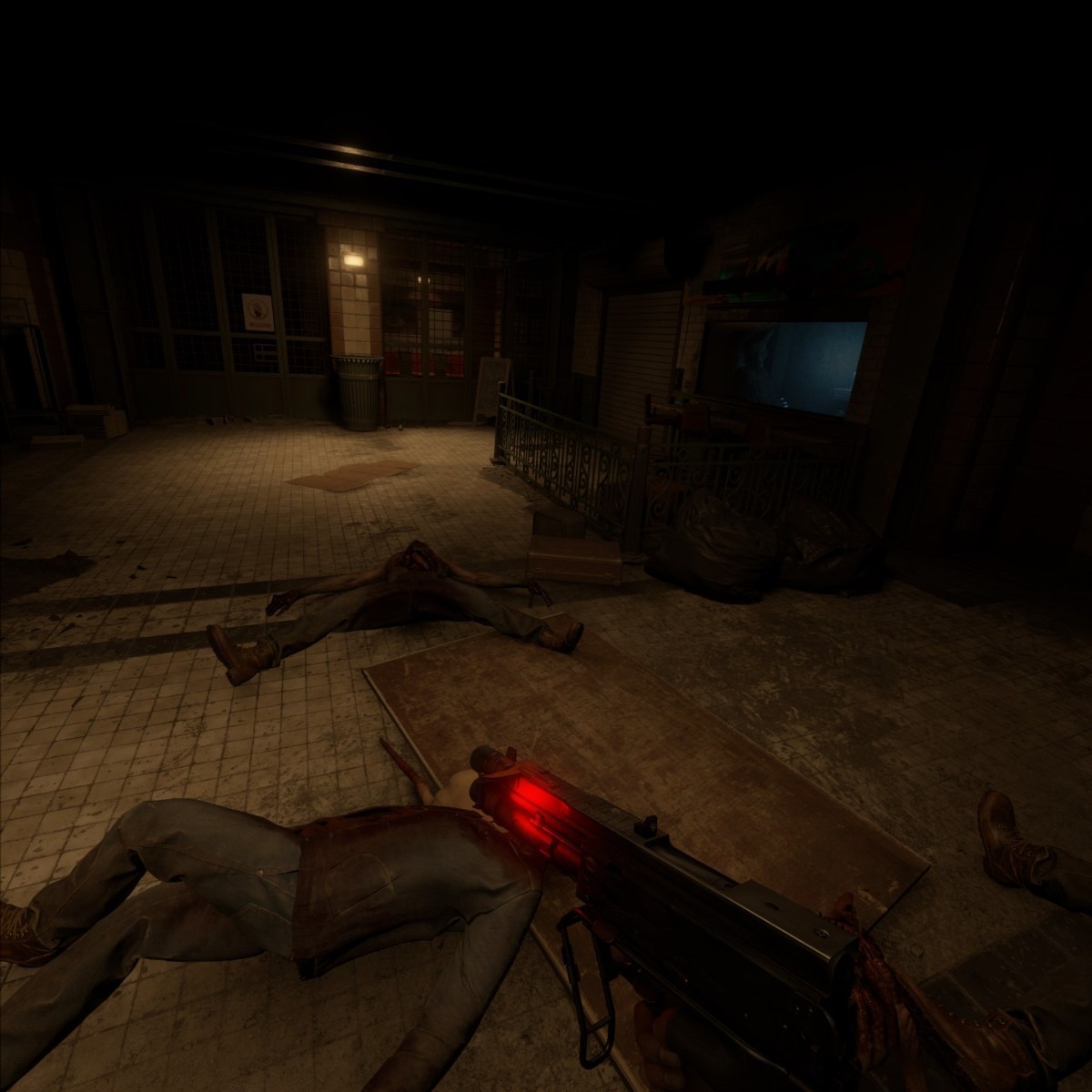 Belomorskaya is the shortest mod on this list of the best mods, taking only around 20 minutes to complete, but it is Half-Life: Alyx at its most atmospheric and terrifying. You find yourself in a subway station overrun by Combine zombies. It is almost pitch black, you do not have your torch or gravity gloves, and you are equipped only with a shotgun and a limited number of shells. Every shot needs to count, as do the flares found later in the level, even if the red light makes for the scariest sequence since the toxic headcrabs in the original. It’s an expertly crafted slice of survival horror that recalls something of the Lowlife chapter from Half-Life 2: Episode 1 and Ravenholm from Half-Life 2. 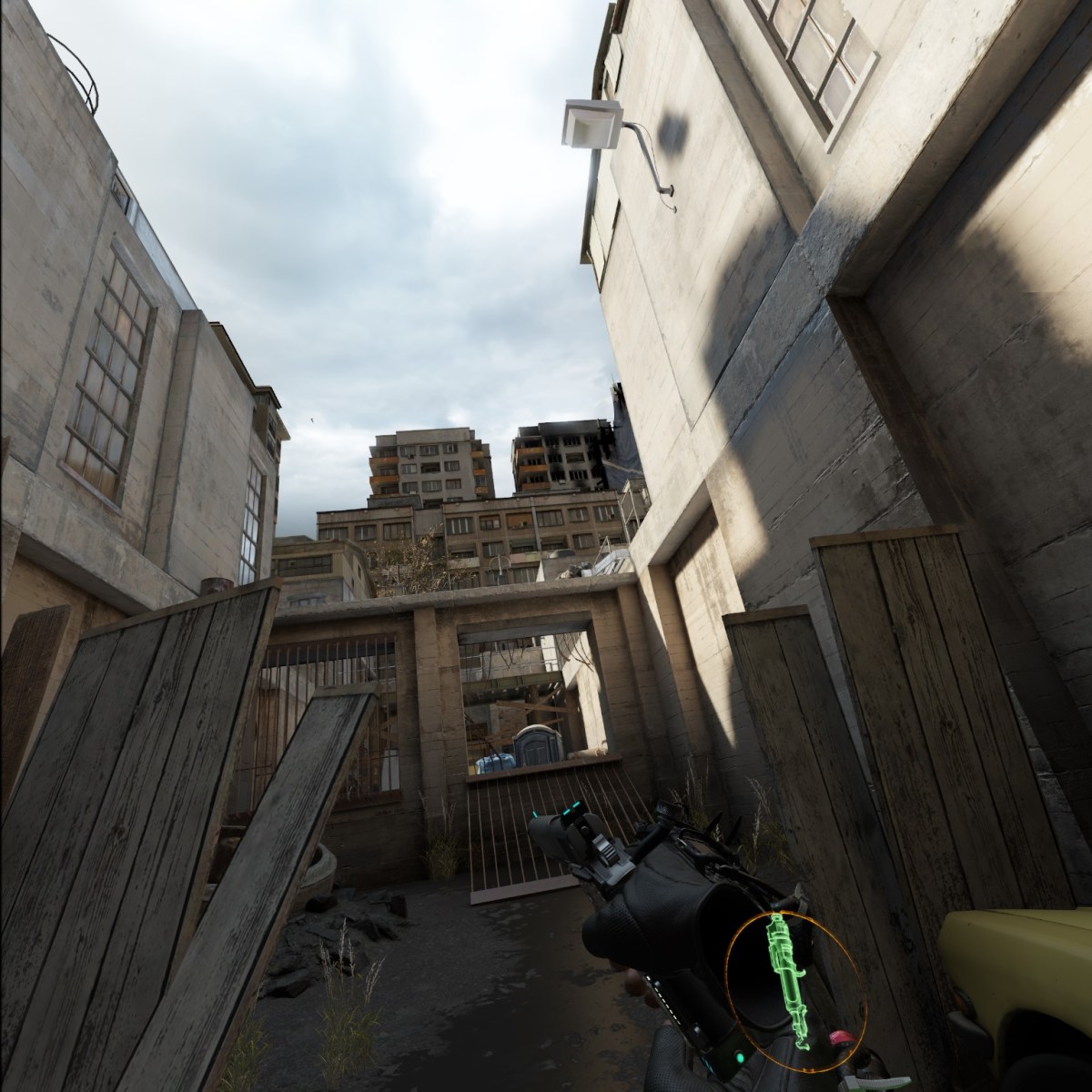 This two-hour campaign charts your escape from a Combine prison through the streets, sewers, and maintenance tunnels of City 17, and it is perhaps the closest Alyx has gotten to Half-Life 2. A number of environments and set pieces recall Half-Life 2’s Route Kanal, while the soundtrack often borrows directly from that game. Understandably, it might not hit the same nostalgic highs as Half-Life 2: VR Mod — an incredible and freely available conversion of the classic game into VR — but it deftly balances the old and the new through a series of levels crammed with environmental storytelling that gradually ramp up the stakes and the difficulty, culminating in an extended shootout against several waves of Combine soldiers. 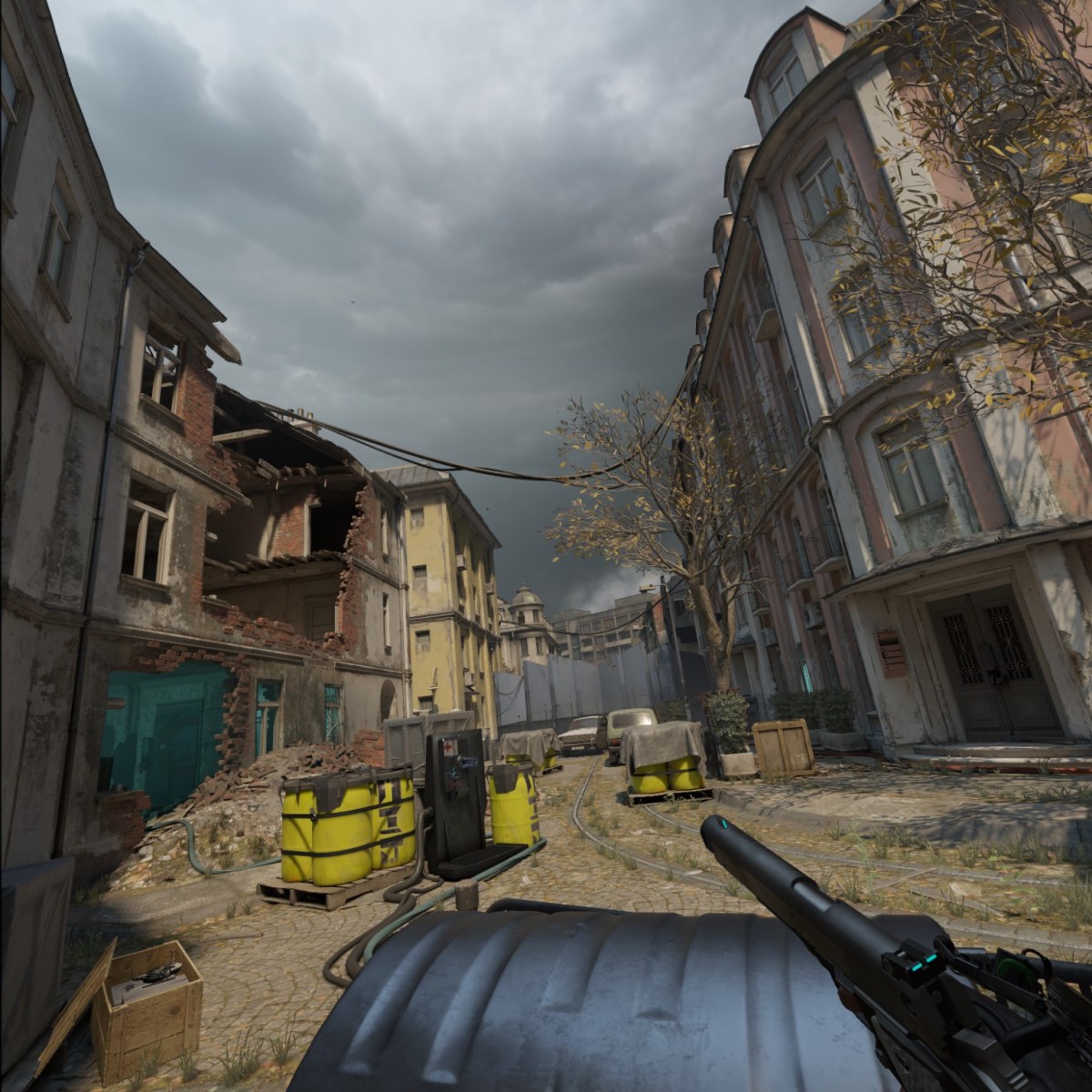 I first heard about Incursion from Ross Gardner, whom I know for his Half-Life: A Place in the West graphic novel and who was part of Incursion’s development team. Perhaps surprisingly, given Gardner’s focus as a writer, Incursion is a non-linear wave-based shooter that uses randomized enemy spawns in an open environment. The space you traverse is every bit as detailed and atmospheric as anything you’ll find in the main campaign, but Incursion is not a linear, carefully choreographed experience like the other mods on this list. That means things can get quite heated, and you need more than the usual play space and ideally a tolerance for Alyx’s continuous movement setting to make the most of it. Even on the Easy setting, I died more than I’d like to admit and have enough bruises from bumping into my bookcases to pass as a member of Fight Club.

So Incursion is something of an outlier when compared to other “best” Half-Life: Alyx mods on the list. But when it comes together, it offers an exhilarating experience, with tense combat punctuated by frantic foraging and snippets of Russell’s usual deadpan humor. Your growing ability to dispatch waves of goons is every bit as satisfying as rifling through abandoned things in search of ammo or resin. Indeed, if there is one common theme uniting most of the mods I’ve played through, it’s an emphasis on more intense and difficult combat scenarios, and Incursion can be about as difficult as things get — a fitting test for the reflexes trained during the other mods.

These are our selections for the best Half-Life: Alyx mods for story and exploration available. Enjoy!