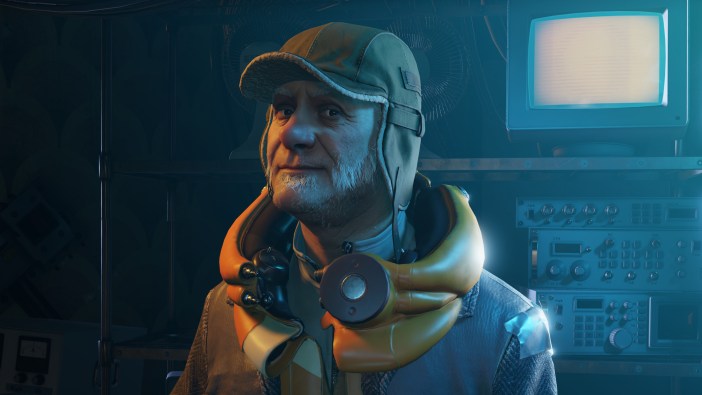 Developer Valve’s Half-Life: Alyx is still one of the most compelling gaming experiences of the last decade, and now, thanks to a story-driven community mod that has released called Levitation, there has never been a better time to dive back into City 17. This additional side story, created by modders Shawn Snelling (aka FMPONE) and Corey Laddo, takes place after the events of the base game, giving players three-to-four hours of new content to play through in VR. It brings new voice lines and animations across eight levels. More information on how Levitation expands Half-Life: Alyx can be read in the story summary below:

Alyx returns to City-17 after meeting the G-MAN, and teams up with Russell once again. During her absence, a mysterious levitating building appeared in the Sector X region of City-17. Two key members of the resistance named Barry and Maya decided to infiltrate and investigate Sector X — until their signal went quiet… Now, Alyx must save her friends, and possibly the whole resistance.

The Half-Life: Alyx Levitation mod is available now on Steam as a five-part saga. The community is already hopping into this community creation, and if you’re at all interested in more of the VR gameplay that made the original game such a marvel, you should hop in too. If you’re not sold on it yet, you can see a teaser video for Levitation below.

We're finally releasing LEVITATION, an epic custom campaign for Half-Life: Alyx. After years of trying our best to create a new classic Half-Life VR experience, you can play LEVITATION on the Steam Workshop now: https://t.co/ia75Jmy0XZ pic.twitter.com/dGpa6MuCGO

Half-Life: Alyx launched in 2020, ending a 13-year Half-Life drought. Although it helped satiate fans who were hungry for any content from the franchise, it’s safe to say that fans will always want more. Meanwhile, we’ve known that Half-Life: Alyx Levitation would give fans a quality release since seeing its last trailer earlier this year. Fans definitely seem to enjoy it so far, and while more community content is surely on the way, it’s only a matter of time before calls for more Half-Life begin to sprout up.