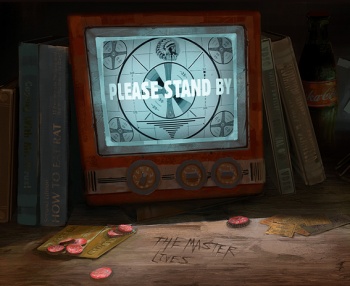 Bethesda Softworks has reportedly filed a “motion in limine” to prevent Interplay from presenting potentially harmful evidence in the jury trial phase of the Fallout Online lawsuit.

First things first: to Wikipedia! According to the world’s greatest source of all knowledge, a “motion in limine” is a request made to a judge, typically during pre-trial hearings, to include or exclude information or evidence because it is irrelevant, immaterial, unreliable or, most often, because it may be unfairly prejudicial. And with that knowledge in hand, we can now boogie over to the Duck and Cover forums, where word is that Bethesda has filed just such a motion in its litigational slamdance with Interplay over the Fallout Online MMO.

For the reasons set forth in the accompanying memorandum, Bethesda moves the Court for an order:

It’s times like this that I wish I had a lawyer lying around in a drawer somewhere, because to my eyes it looks like Bethesda wants the court to assert that the burden of proof is on Interplay and at the same time deny Interplay the means to meet that burden. If so, and if it works, it’s an unquestionably brilliant tactic, but I think I actually prefer the likelihood that I’m wildly misinterpreting things. Can this actually work? I suppose it “can,” at least in theory, or else Bethesda’s lawyers wouldn’t have bothered, but I have a hard time seeing any realistic likelihood that this is going to fly.