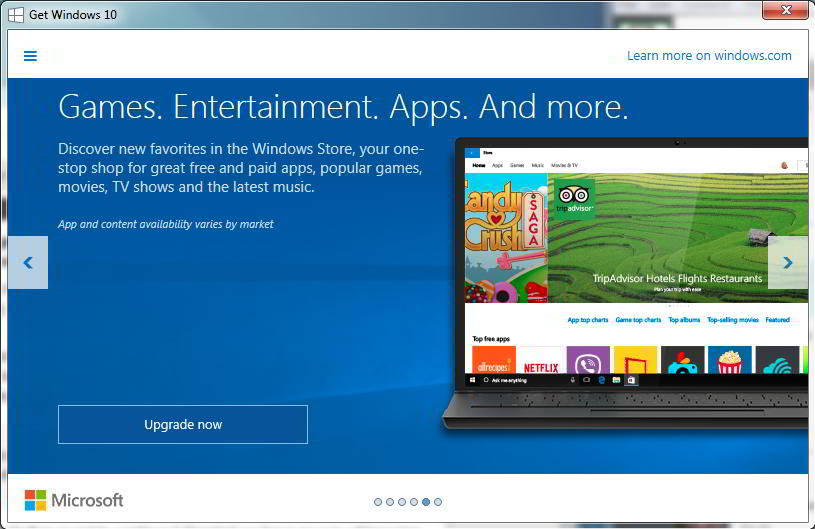 If you are running an older OS on your PC than Windows 10, you are probably getting regular pop-ups on your screen to upgrade. However, some reports are coming in that some PCs are updating automatically causing some major headaches.

Update: A spokesman from Microsoft got back to us in response to the reddit thread: “That is not accurate. As we shared in late October on the Windows Blog, we are committed to making it easy for our Windows 7 and Windows 8.1 customers to upgrade to Windows 10. We have updated the upgrade experience today for some of our customers, who had previously reserved their upgrade, to schedule a time for their upgrade to take place. Users are fully in control of their devices.”

So that is the official response, and they acknowledged that they upgraded the experience. Perhaps another “accident” happened that they haven’t found yet? Who knows.

Original Story: Windows 7 and Windows 8.1 users know that the push is on by Microsoft to get them to upgrade their OS to the new Windows 10. And while the new OS seems to be solid, some users prefer the familiar to the change. Be on the lookout, however, as reports are coming in that the OS is updating systems without user consent.

A thread on Reddit has revealed that many people are having the OS automatically install on their machines and threaten to shutdown their machines in 30 minutes to reboot. Even some tech bloggers reported the occurrence. Some were lucky enough to come back from being AFK in time to cancel it, while others report not being so fortunate. In an October update on the Windows 10 blog, Microsoft promised:

“Depending upon your Windows Update settings, this may cause the upgrade process to automatically initiate on your device. Before the upgrade changes the OS of your device, you will be clearly prompted to choose whether or not to continue.”

However, the latest Windows 10 push appears to have neglected the part of “choose whether or not to continue.” Granted we have no way of knowing for sure what check boxes users clicked or did not click when it comes to updating their PCs. We already knew that it was quite likely that Windows 10 had already downloaded to PCs. And in the October blog update, MS made it clear that Windows Update would start making Windows 10 an “Optional Upgrade.” In February, Optional became a “Recommended Upgrade.”

But when even some IT folks are surprised by this, then it is something to watch for. And it would not be the first time it happened, as MS had an accident that did something similar back in October.

We have reached out to Microsoft for comment and will update if we get a response.

As a Windows 7 user myself, I am constantly getting the pop-up (see the gallery above) to upgrade to Windows 10, and I just click the X to close the box and ignore it. But I’m going to pay a lot closer attention now to make sure this doesn’t happen on my machine, as I am quite fond of my existing setup.