Every piece of art or media stands on a mountain of its forebearers. This is especially true of games, where every technological innovation blows out the boundaries of what’s possible.

World of Warcraft wasn’t a massive innovation that happened in a vacuum. Its foundations owe deep debts to predecessors like Everquest and Ultima Online, which in turn were created around the skeletons of old school MUDs and MOOs (online, heavily text-based multiplayer RPGs from the earliest days of PC gaming). Those MUDs themselves were born from tabletop adventure games like Dungeons and Dragons.

What World of Warcraft did so well was to refine and perfect elements of the games that came before it, something it continues to do today. But just as WoW wasn’t created in a vacuum, it doesn’t exist in one either, and MMOs have continued to refine and expand on that ridiculously successful formula in ways the devs at Blizzard never could have imagined in 2004. These are some of the most winning improvements crafted in Warcraft’s long shadow. 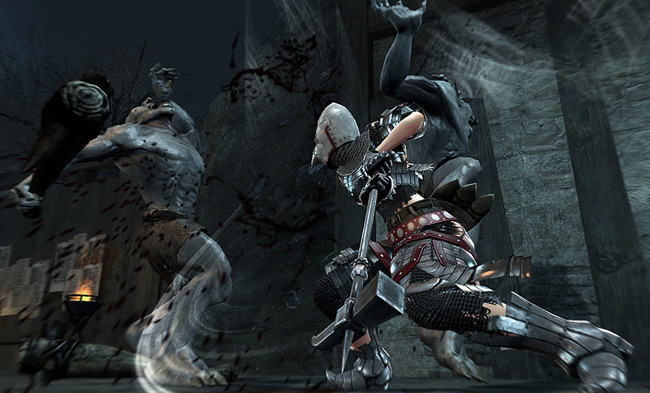 There was a long period after WoW had established its unquestioned dominance in the MMO arena that anything other than its traditional, methodical tab-targeting combat seemed impossible. Aside from the latency considerations, that sort of combat seemed core to WoW’s success, and thus pretenders were quick to mimic it.

But increasingly in the last few years, new entrants have begun to expand on what’s possible, and (now rather stodgy-feeling) old conventions are being tossed out. Games like Vindictus, Blade and Soul, and most recently Black Desert Online are embracing direct control, action combat that peels back a layer of disconnect between players and their characters. Snappy combos bolstered by flashy animations lend a momentum to combat and keep players engaged in ways that waiting for cooldowns and pressing number keys never did, and make PvP much more kinetic and intense.

One of the lessons MMOs have taken from contemporary RPGs like The Elder Scrolls series (or for that matter The Sims, which if we’re being honest is the ur-RPG) is that giving players a home in your world is a great way to make them feel connected to and immersed in it. Lord of the Rings Online gave us an early and excellent preview of what was possible in terms of modern player housing, with its instanced neighborhoods, guild houses, customization options and communal gathering areas. Star Wars Galaxies took an even deeper approach to immersion through housing, giving players who placed homes inside city limits the right to vote and making them responsible for paying municipal taxes and maintenance fees.

Black Desert Online takes some of the ideas from these earlier experiments and pushes them out in a number of new directions. Not only can players buy nearly any building in the major cities (and some way out in the wilderness) to serve as their homes, they can also purchase buildings and repurpose them as housing for their workers, as additional storage, or as crafting and manufacturing spaces. Alongside systems that allow guilds to seize control of entire cities, BDO gives players a real sense of ownership, and turns player housing into a virtual management sim. 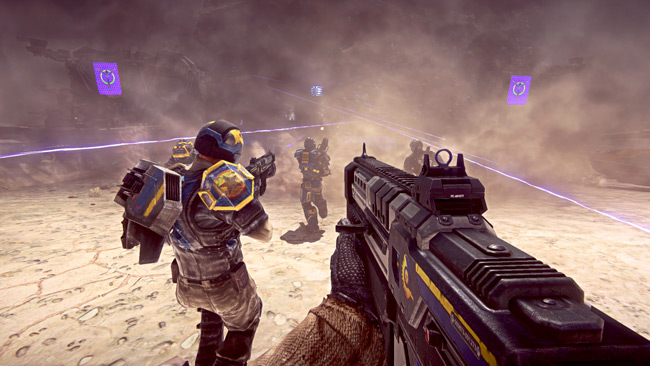 One stumbling block that plagued World of Warcraft and games of its ilk were the technical limitations of pushing content through an internet connection, and the much smaller pipes most people’s internet providers furnished in the first half of the aughts. But faster, more reliable internet means that modern MMOs are able to approach multiplayer console shooters in terms of responsiveness, and games like Planetside 2 and Defiance are taking full advantage. With shooting mechanics that feel sharp and active, these games rival single-player experiences, and make run and gun MMOs a viable genre.

Another problem with the additional demands piping content through the internet posed for games like WoW was that of graphical fidelity. WoW has never been a terrible looking game (though its age is definitely beginning to show), but its cartoon graphics were as much a necessity as a design choice.

While the graphical fidelity of MMOs may never reach the bleeding edge of what’s possible, the beautiful vistas in games like Bless Online and Elder Scrolls Online can still puts jaws on the floor. Graphics may always take a backseat to gameplay, but there’s something to be said for a game that makes you want to stop, turn off the UI, and stare at the magnificent landscape spreading out before you.

When building its first MMO property, Blizzard naturally turned to an established fantasy setting like Warcraft. Not only was fantasy a traditional choice for roleplaying games, both on the tabletop and on PC, but the only examples that existed in the online space were firmly in the fantasy camp.

But time (and repeated efforts, with the associated failures and cullings) has proven that MMOs can and should thrive in diverse, interesting settings. One of the most interesting hooks of Wildstar is its strange hybrid setting, with little seams of fantasy and even some steampunk woven into its futuristic, science fiction setting. Firefall gives us a unique vision of future Earth, rife with alien foes and augmented mercenaries, while DC Universe Online mines the rich comic book properties of one of the most historic publishers ever. These games and others like them prove that fantasy wasn’t the final destination for MMOs, but just the launch pad.

Examples: Destiny, The Crew, and The Division

Finally, one of the most interesting developments to emerge in the past few years is the trend of games co-opting traditional MMO mechanics and blending them into other genres. These “MMO-lites,” games like Destiny, The Crew, and The Division, lie somewhere in the murky space between games like WoW and Call of Duty, throwing players together in large numbers in various communal areas and allowing them to compete or cooperate in varied and interesting ways. In some ways, these games are the most exciting result of the MMO explosion, because they’re the first steps towards developers taking the best elements of MMOs and mixing them with the best elements of other games, much the same way RPGs were mined for some of their most interesting systems. This trend means you can now level up in almost every shooter, racing, or soccer game, interacting with other online players in new ways may soon become ubiquitous.

The Rise and Fall of an Empire

As the size of WoW‘s player base inevitably declines and players search for the next big hit (or at least their next MMO fix), opportunities continue to open up for developers savvy and resourceful enough to snatch them. And while we may never see a titan of WoW‘s stature in the MMO space again, the market continues to thrive, rewarding new ideas and refinements of what is now one of the hallmark formulas in gaming. While the idea of a post-WoW world may be quite sad (or even frightening) for a lot of people, it’s also very exciting, because it means we get that rarest of experiences: to see what comes next.