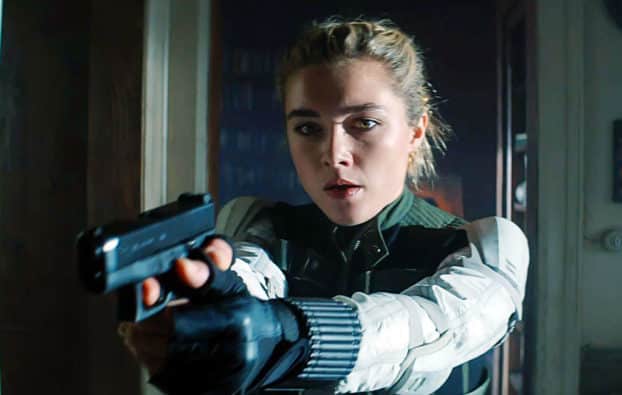 Unlike comic book characters and Tom Cruise, actors age. That, in addition to actors who are just ready to move on, is going to become a problem for Marvel as it works to continue its Marvel Cinematic Universe. One solution? Creative ways to recast characters. It looks like Black Widow, which would have already released by now if not for COVID-19, will be the studio’s first stab at that. The film’s director, Cate Shortland, revealed to Empire (via IndieWire) that the movie will attempt to pass the baton from Scarlett Johansson’s Black Widow to a new superhero played by Florence Pugh.

“[Kevin Feige] realized that the audience would expect an origin story so, of course, we went in the opposite direction,” Shortland said. “And we didn’t know how great Florence Pugh would be. We knew she would be great, but we didn’t know how great. Scarlett is so gracious, like, ‘Oh, I’m handing her the baton.’ So it’s going to propel another female storyline.”

It’s not clear if Pugh will take over the moniker of Black Widow or operate with a separate identity. In the movie, Pugh plays Yelena Belova, a character who took over as Black Widow in the comic books, so it isn’t that big a stretch to believe that she could become the new Black Widow. Johansson’s character died in Avengers: Endgame, making it tough, though not impossible, for her to continue in the role. If Pugh does take over, the question then becomes if Marvel pulls the trigger on more solo Black Widow films or if the new character will play the same role as a connecting tissue among the Marvel films.

Black Widow was supposed to release on May 1 but has been pushed to Nov. 6.