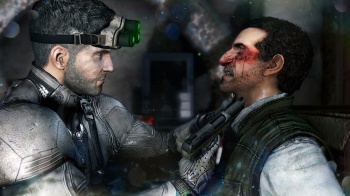 Moral choice systems in video games have come under a lot of scrutiny in recent months, either for being too black and white or for choices proving to be irrelevant in the long run. Now, Ubisoft wants to blow these conventions out of the water in Splinter Cell: Blacklist.

In a recent interview, Ubisoft Toronto’s creative director Maxime Béland told Game Informer that morality systems in their current form are redundant in terms of the “morality” they offer. “If you want to have true morality in a game,” he said, “you cannot link it to mechanics or to a system. Because the player will play the system; he’s not going to play the true world choice.”

Béland mainly wants to achieve a system that can’t be cheated due to the severity of the game’s tone. Ideally, he would like players to experience the full weight of their choices, and to have the impression that in some circumstances there’s no right or wrong, just bad or worse. This is especially true in clinch decisions such as where a building has a chance of being either an opposing stronghold or a school. “What if you f*** up?”, he asked. “If the likelihood is at 62%, do you blow the **** out of that? Is 65% OK? How about 35%?” Eventually, Béland hopes that discussions of the game will become less a case of bragging about certain achievements, and more a case of reflecting on whether being only 62% certain was enough, adding emotional weight to in-game situations.

Overall, Béland thinks that the problems posed by Blacklist are important to consider, as “we’ve got some guys everywhere in the world that are making those decisions every day for us.” Though the tone here marks somewhat of a departure for the series, it will be interesting to see whether the choices offered by the game prove robust compared to those in other games.

Why Phil Fish Ought To Patch Fez