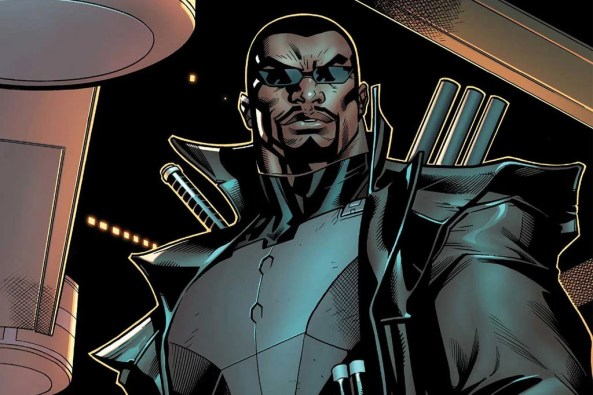 Being an in-demand Hollywood director is tough. You’ve got lots of movies, and sometimes when you’re making those movies, they get in the way of each other. That seems to be the case for Bassam Tariq, who was tapped to direct the new Blade movie starring Mahershala Ali in the Marvel Cinematic Universe (MCU). The director has now stepped down from the MCU Blade, citing production schedule shifts.

“Due to continued shifts in our production schedule, Bassam is no longer moving forward as director of Blade but will remain an executive producer on the film,” Marvel said in a statement to THR. “We appreciate Bassam’s talent and all the work he’s done getting Blade to where it is.”

With shooting scheduled to start this November in order to hit a release date one year later, Bassam had clearly done a chunk of work on getting this new Blade MCU movie going. The film made a splash when it was announced at San Diego Comic-Con as the franchise already has a film heritage thanks to the Wesley Snipes trilogy, but it has since struggled in its production. There have reportedly been multiple rewrites of the script, with the latest coming from Beau DeMayo (Star Trek: Strange New Worlds, The Witcher), and filming has been delayed at least one time. It isn’t clear what conflict Tariq has that’s removing him from Blade, but the director has been an indie darling since Mogul Mowgli came out and was another attempt by Marvel to bring in smaller, auteur directors to helm its big-budget MCU films.

The parting seems to be mutual as Tariq said, “It’s been an honor working with the wonderful folks at Marvel. We were able to put together a killer cast and crew. Eager to see where the next director takes the film.”

This puts Marvel on the search for a new director and also lays into question the film’s November 3, 2023 release date. Ali is likely to stick around as he personally requested to star in the movie, but given the MCU’s interconnectivity and scheduling, a delay could still cause Marvel some issues. As of now, the film’s release date still stands.