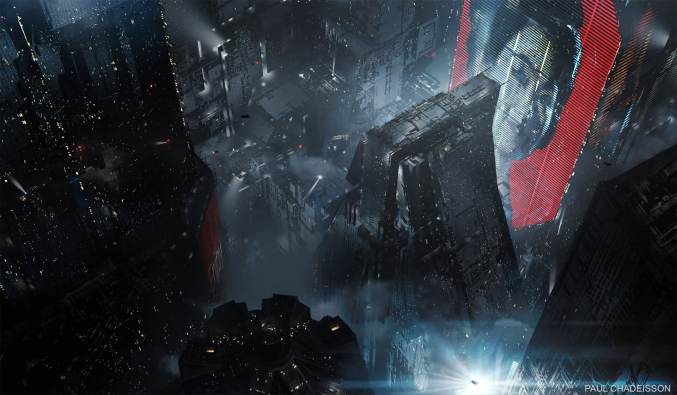 The Blade Runner franchise is in full swing actually becoming a franchise and not a couple distantly spaced movies right now. Ridley Scott revealed today that he’s been working on a new TV show set in the Blade Runner universe and that the pilot and “bible” have already been written. He also noted that the Alien TV show, first revealed last year, has a pilot written as well.

"We've already written the pilot for Blade Runner.. and Alien has now been written for pilot"

Director Ridley Scott, says the Blade Runner and Alien TV shows are in development and they are putting together the 'bible' of both projectshttps://t.co/niPYpaHxfG #R4Today pic.twitter.com/4vTPGyZXtz

“We’re already into having written the pilot for Blade Runner and the bible,” Scott said in an interview with BBC4 Radio. “So already presenting Blade Runner as a TV show, so what (will) probably be the first 10 hours, and then Alien is a similar thing. Alien is now being written for pilot.”

That means that the show will probably be a 10-episode series but also suggests that they are aiming for a multi-season show, not a limited series of any sort when it comes to Blade Runner. The bible of the series lays out the rules of the universe and the storyline for the first run of the show, meaning they’re pretty far along with it in terms of creation. The TV show currently does haven’t a home, but HBO Max seems like a good candidate as Scott and Blade Runner IP owner Alcon Entertainment work closely with Warner Bros.

The gut reaction to a classic piece of cinema being stretched out into a multiplatform franchise might be an eye roll, but it’s hard to be angry at a franchise that has delivered two cinematic masterpieces and a somewhat unheralded, groundbreaking video game. The verdict is still out on the anime series that debuted in August on Cartoon Network, though reviews have been mixed, but so far everything the franchise touches is gold.

Then again, we saw what happened when Ridley Scott began messing with Alien. That franchise has taken some hits thanks to the last two films and it doesn’t leave much to be excited about a new series, which is said to encompass 8-10 hours as well. The show is bringing the aliens to Earth this time and is said to lean into the horror aspects of the original film while still delivering on the action of basically every film after it.