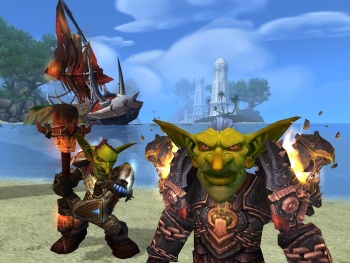 Blizzard “grossly underestimated” the demand for World of Warcraft to the point where it had to stop shipping boxes to stores.

World of Warcraft is pretty much the benchmark by which all other MMOs are measured against these days. However, you’ll probably be surprised to hear that Blizzard didn’t actually think the game was going to be anywhere near as big of a hit as it was. In fact, it turns out that the company “grossly underestimated” how high the demand was going to be, which led to the game’s early launch problems.

Speaking at DICE last week, Blizzard co-founder Frank Pearce explained that “I don’t think we had any idea what we were getting ourselves into” when he talked about the game’s 2004 launch. As a result, the studio of “just” 500 people had to stop shipping boxes out to stores. Since then, the company’s grown to include 4,700 employees worldwide.

These days, Blizzard has a much better finger on the pulse of its online community, meaning it can gauge where interests lie and anticipate for activity increases when new expansions and features are launched.